DJ Nick Grimshaw says he will only have fond memories after leaving Radio 1 – albeit many of them drunken.

During his 14 years on the station’s biggest shows, the 36-year-old took the crown as the industry’s biggest party boy. 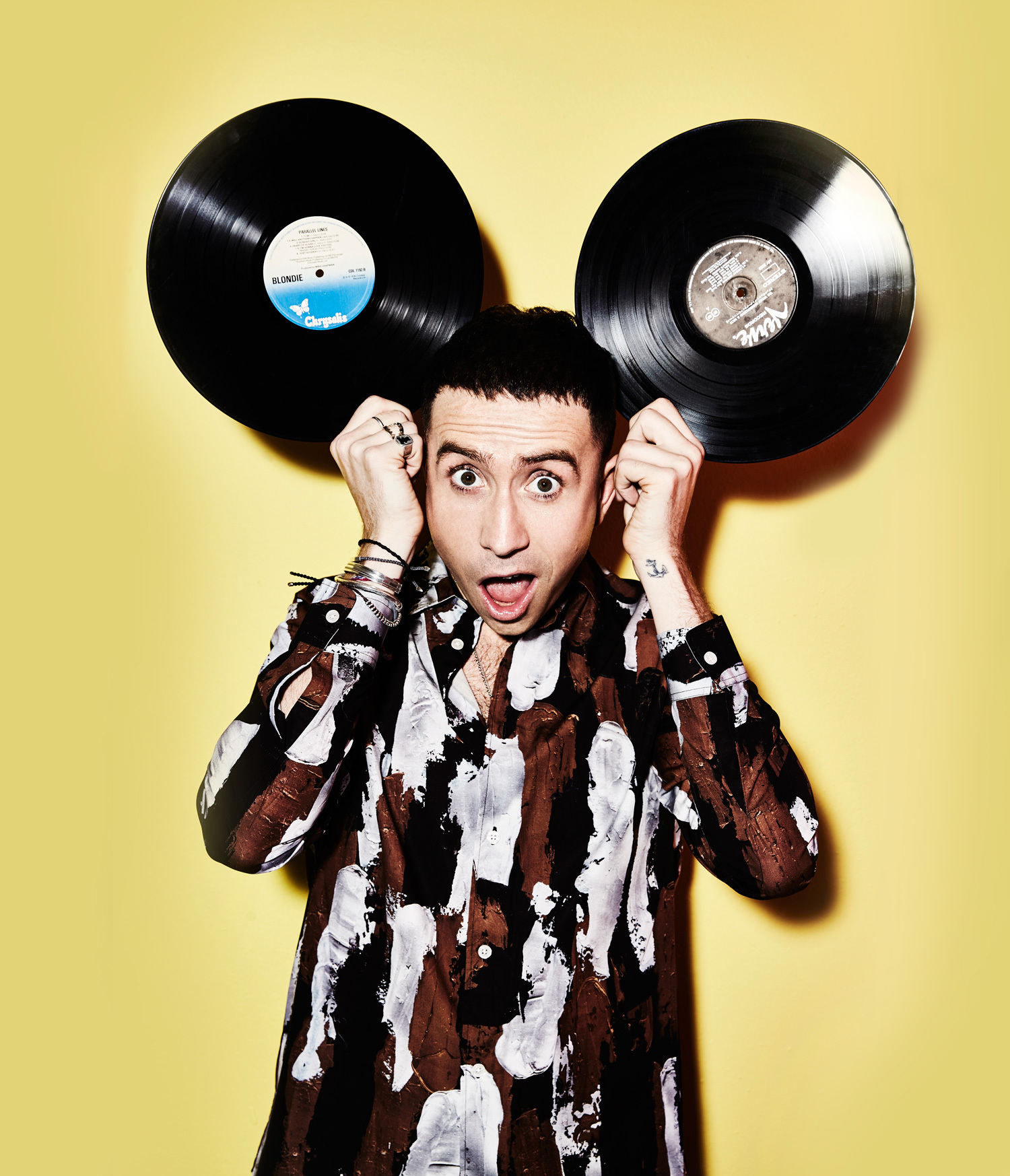 And it seems Beeb chiefs were more than happy for him to hit the airwaves half cut — including when he turned up for his Breakfast Show with One Direction’s Harry Styles following an all-nighter at a 2013 Brits Awards after-party.

In an exclusive interview just hours before his final broadcast today, Nick tells The Sun: “They were like, ‘F*** it, it’s quite funny’.

“I think it is fine to go out all night and be on the radio the next day if it is a cultural hangover. Everyone knows it is the Brits, we all watched it on the telly and we wanted to bring that after-party on air.

"It wasn’t planned. I remember my boss thinking it was pretty funny.

“You think it is funny doing the Breakfast Show when you haven’t been to bed. And it is funny. We did it a few times.

“The first hour is really fun and at half seven, it is still funny. But you get to eight and you’re like, ‘There are two hours left’. 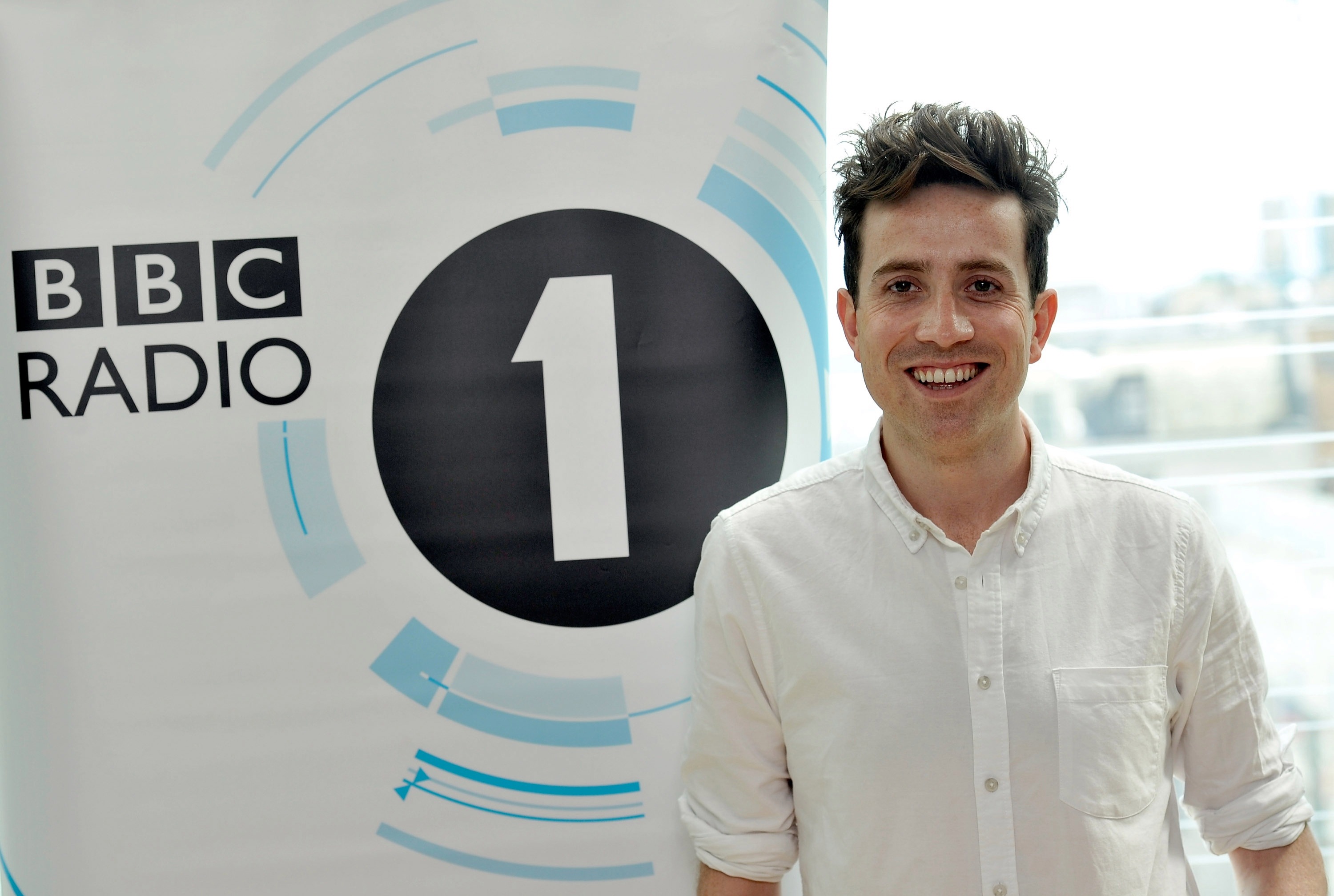 ‘We got Adele on to answer the phones’

“And then everyone gets less funny. That day after the Brits when all the guests came in, it got to 8am and they were all like, ‘We’re going home because now it feels weird because we’re just all in an office sober’.

“I had to stay on the radio. It was such a bad idea. It got to nine and people were turning up to work. I felt pretty horrible at the end.”

Oldham-born Nick started at the station in 2007, hosting a youth show called Switch with his close friend Annie Mac, 43, who left the station herself after 17 years in April.

He took over the coveted Breakfast Show slot from Chris Moyles, 47, in 2012 and held the position for six years before moving on to the Drivetime show in 2018.

With a glittering career in the limelight, Nick can now count many big names among his friends, from music stars Justin Bieber and Calvin Harris to Hollywood A-listers Jake Gyllenhaal and Liv Tyler.

One of his favourite memories is getting Adele on air in 2008 — a year before she hit the big time. But rather than asking her to sing, Nick and his team on the Weekend Breakfast Show decided she would be best answering the phones to listeners.

That is one of my best memories — Adele coming in to play us that song and she was really nervous about it.

Nick says: “I know it is so disrespectful looking back.

“It was my first week of Breakfast and I met Adele out and about. I really liked her and she had this song out. And she was so, so funny. So we got her on and made her answer the phones.

“It is mad we got her in to answer the bloody phones. I should have got a mic in and got her bloody singing. She came on again when she was mega famous and did the world premiere of Hello on the Breakfast Show which was amazing.

“That is one of my best memories — Adele coming in to play us that song and she was really nervous about it.”

Nick stunned fans when he announced his decision to step back from radio last month, confirming I’m A Celebrity star and Radio 1 DJ Jordan North, 31, and Strictly Come Dancing star Vick Hope, 31, would be taking his place.

But he says plans to be back on air, adding: “I really want to do radio again but I think you need to make those changes. When you are doing that show every day you have no mental capacity to think about anything else. You are just thinking about that show, you have to deliver every day.

When you are doing that show every day you have no mental capacity to think about anything else.

‘I always wanted to have a gap year’

“I wanted to take a leap of faith out to see, ‘What do I really like? What is fun? And what is my favourite bit and what would I change?’. So I will be having a little radio break.

“I really didn’t want to leave there and go straight into another job. I want to know what it feels like to not do a show every day. I have done a show every day for 12 years.”

You would think he deserves a rest, but Nick confirms: “I start working on something on Tuesday.” And that something is television.

Nick says: “I will be doing something on that. It feels really good, it feels really right. I always wanted to have a gap year. I wish I had gone travelling after my A levels and just p*s about in Thailand.

“I said it to my dad and he said, ‘You p*sed about in Camden for a decade’. I was like, ‘That is true’. So I am going to do some telly and work on the ideas that I have had but I haven’t had time to develop or actually film.”

Nick is no stranger to the box, presenting BBC Three panel show Sweat The Small Stuff in 2013 and joining the hosting roster of BBC1’s The One Show in 2014.

His biggest telly break to date came in 2015 when he replaced Louis Walsh as a judge on The X Factor alongside Simon Cowell, Cheryl Tweedy and pal Rita Ora.

But while he would not turn down another judging role, Nick would rather pursue his presenting career.

He says: “I look back on The X Factor as so fun. Just me just having a laugh with Caroline [Flack] and Olly [Murs], with Cheryl, Rita and Simon.

People keep saying to me, ‘Oh, Strictly is it?’ because it is terrible timing for me to be leaving. I can confirm, I shall not be dancing.

"And it was so fun to go to work and have fun every day. But I find it quite hard judging the people, even if someone was s**t. You’d look to the left and you’d see their nan and I’d think, ‘Oh no, I literally can’t say something bad’, so I would say it was fine.

“But I love those kind of shows so I’d love to host it, rather than judge it. It would be living the dream.”

One show you will not see Nick on soon however is Strictly — despite him quitting Radio 1 just as bosses were ready to announce the line-up.

Nick says: “People keep saying to me, ‘Oh, Strictly is it?’ because it is terrible timing for me to be leaving. I can confirm, I shall not be dancing.”

For his final radio show today, Nick is preparing to go out with a bang — with stars including Katy Perry, Orlando Bloom and Charli XCX drafted in. But while his last broadcast is going to have fireworks, his leaving do is — currently at least — going to be a very quiet affair.

He says: “Everyone is away, I’m not kidding. Literally it would be me and the security guard right now. No one is in.

“I will do it in a few weeks when everyone is back to work. I want a house party or maybe a club. I want to dance and I need to make use of all the DJs we know — get them up on the decks!” 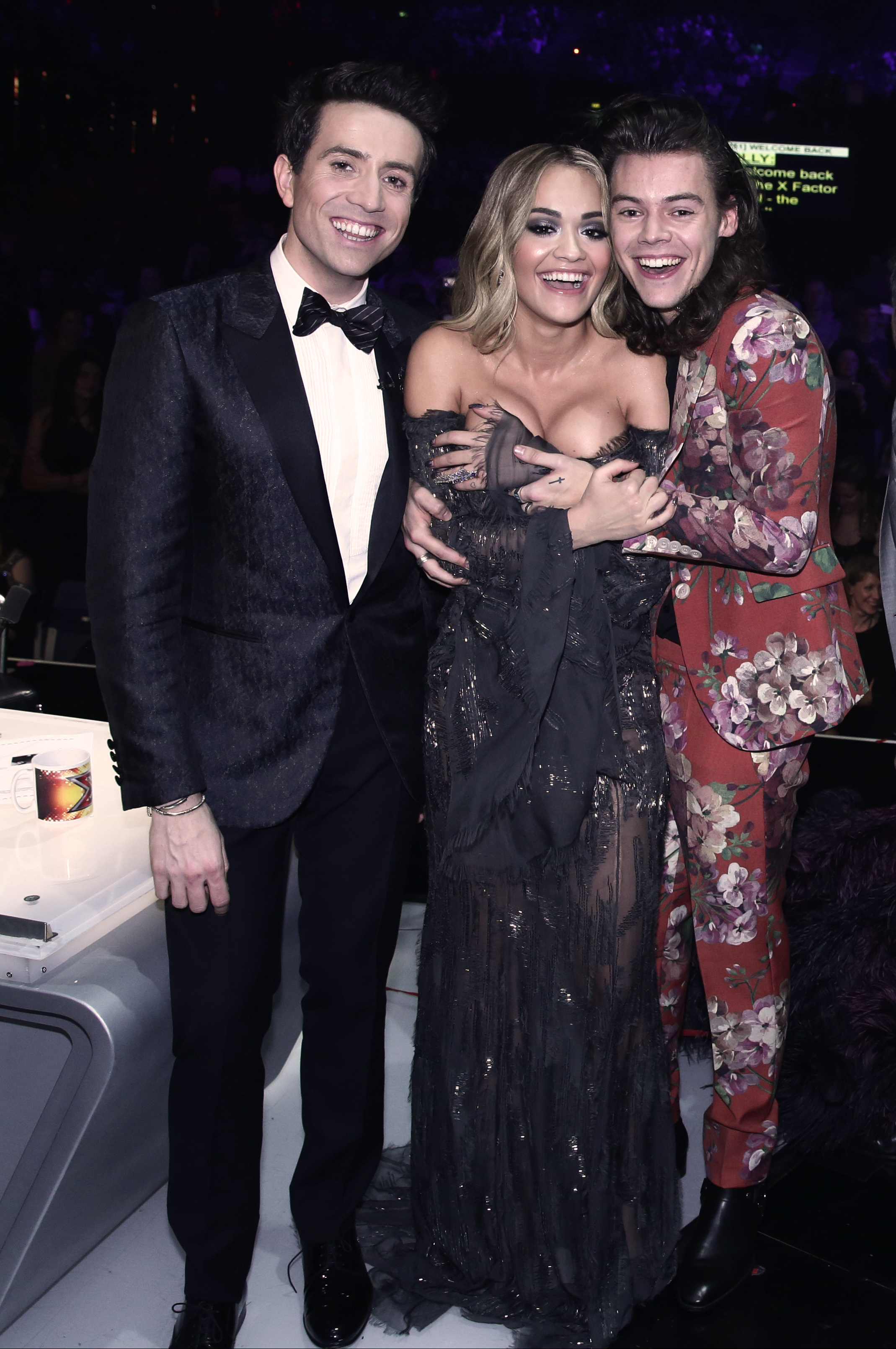 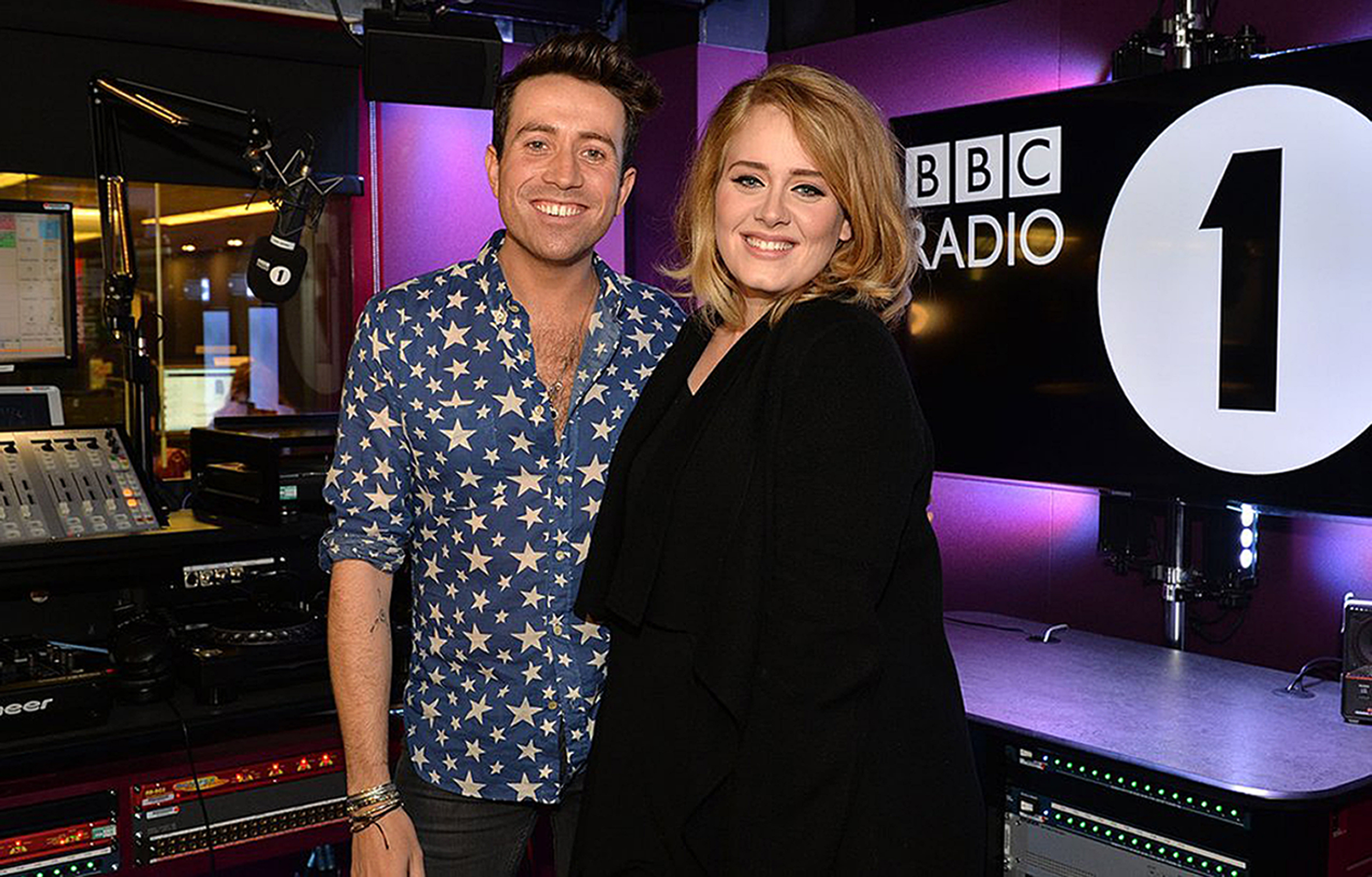 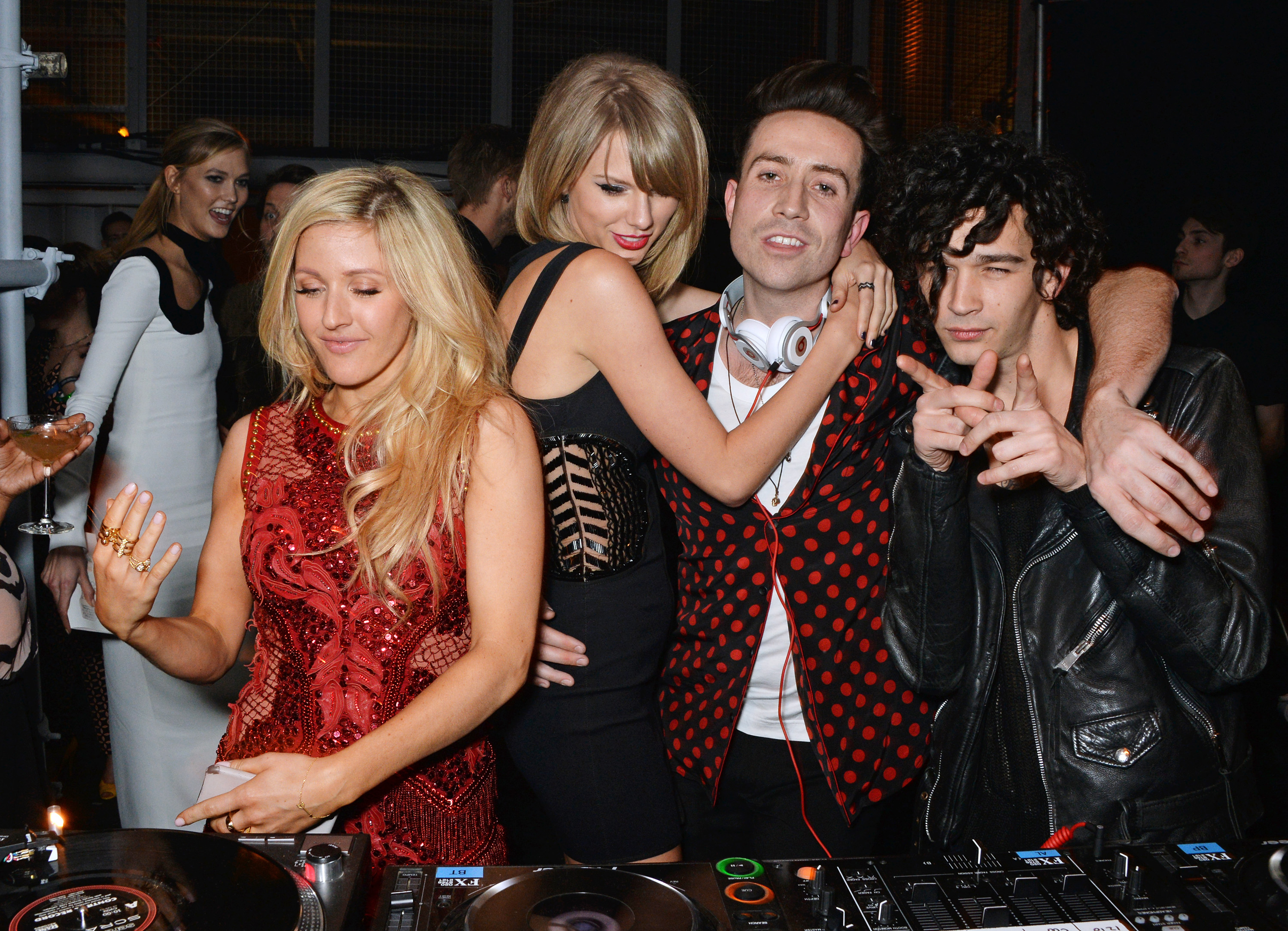