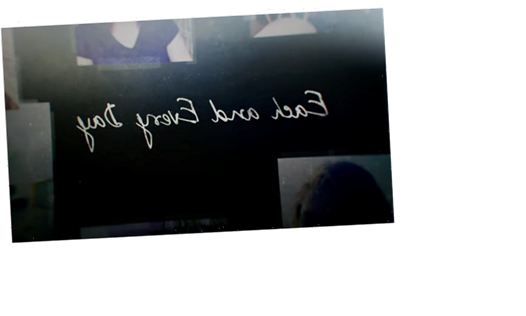 EXCLUSIVE: The coronavirus pandemic has been devastating to the mental health of teenagers; according to an August CDC report, a quarter of young adults have seriously contemplated suicide during it.

As we approach the one-year mark since the start of the Covid-19 crisis, MTV Documentary Films will release Each and Every Day, from Peabody-winning director Alexandra Shiva, which showcases the experiences of young people and the urgency of talking about mental health and getting help.

Shot during the pandemic in partnership with The Jed Foundation and executive produced by Sheila Nevins, Each and Every Day speaks with young people who have attempted suicide or had suicidal ideations as they share their experiences and the ways they have sought help. It will premiere commercial-free on MTV Feb. 16 (You can watch a first-look trailer above.)

The pandemic’s impact on the mental health of young people stems from remote learning creating physical isolation, missed activities and milestones, a racial reckoning and a softening economy and job loss, among other factors.

The film, from filmmaker Alexandra Shiva and producer Lindsey Megrue, features nine young survivors that span across race, ethnic, religious and socio-economic backgrounds across the country, sharing their personal stories in an intimate and engaging conversation that goes deep into the fastest-growing epidemic among teens and young adults today. Audiences not only hear their stories of depression, anxiety and other mental health concerns, but also see the uplifting message of hope, recovery and the importance of treatment and honest conversation.

“Making this film I saw first hand the way young people are dealing with their mental health challenges, including talking openly about suicide,” said Shiva. “It inspires me and gives me hope that young people don’t shy away from this issue, because talking about it saves lives.”

The film marks Shiva’s first project with Nevins since the Peabody-winning How to Dance in Ohio, about autistic teenagers preparing for their spring formal. Her most recent film, This is Home, a portrait of four Syrian refugee families arriving in Baltimore, MD and struggling to find their footing, premiered at The Sundance Film Festival in 2018 and won the Audience Award for World Cinema Documentary.

“I am inspired by the film’s compelling and honest stories directly from young people that send a powerful message: anyone who is hurting is not alone and that there is hope and help available,” said Donna Satow, Co-Founder, The Jed Foundation.

MTV Documentary Films, whose first film St. Louis Superman was nominated for an Oscar, has a slate that includes: 76 Days, set deep inside the frontlines of the pandemic in Wuhan, Finding Yingying, Beautiful Something Left Behind, American Selfie: One Nation Shoots Itself, 17 Blocks The Final Cut, A Life Too Short and My Father The Mover.