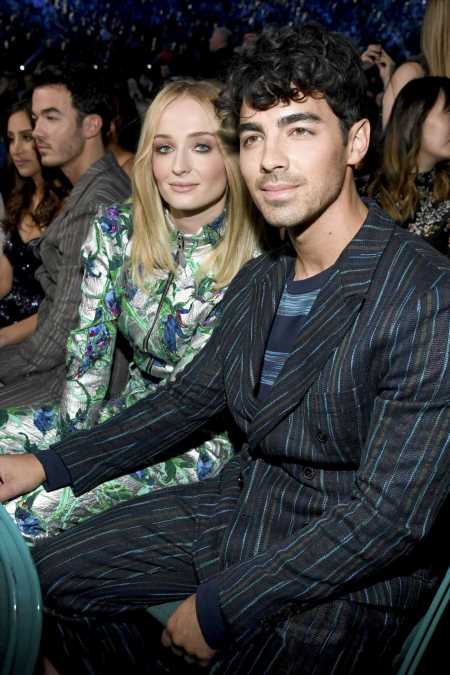 Another J sister will officially be changing her last name!

The Game of Thrones actress “wishes to use the name Sophie Belinda Jonas after marriage,” according to their marriage certificate, which was obtained by TMZ.

“We can confirm Sophie and Joe were married in Las Vegas last night,” a rep for Turner told PEOPLE.

Turner will be the latest to add Jonas to her name, with Priyanka Chopra Jonas adding husband Nick’s name after they wed in India in December 2018. Danielle Jonas swapped her maiden name Deleasa after she married Kevin Jonas in 2009.

Joe, 29, and Sophie tied the knot at Chapel L’Amour inside A Little White Wedding Chapel just hours after attending the BBMAs on Wednesday evening, where he performed a medley of hits with his brothers and she presented an award with Dark Phoenix costar Tye Sheridan.

According to online records, the couple applied for a marriage license earlier that same day in Clark County, Nevada.

Then, for the ceremony, which was documented on Diplo’s Instagram live feed, Mr. and Mrs. Jonas chose an Elvis impersonator as their officiant and exchanged Ring Pops.

A source told PEOPLE on Thursday that the pair wed in the U.S. so that their marriage is legitimate when they say “I do” during a bigger ceremony in France.

“They had to get married in the States to make it legal, but the wedding is still in Europe,” the source said.

The former DNCE frontman previously confirmed to PEOPLE that he and Turner are planning a wedding in France.

No official date for the French wedding reception has been revealed, but Joe recently told James Cordon on The Late Late Show that they plan to have a summer wedding.

The couple first started dating in November 2016 after the singer slid into Turner’s Instagram direct messages after mutual friends mentioned they should meet.