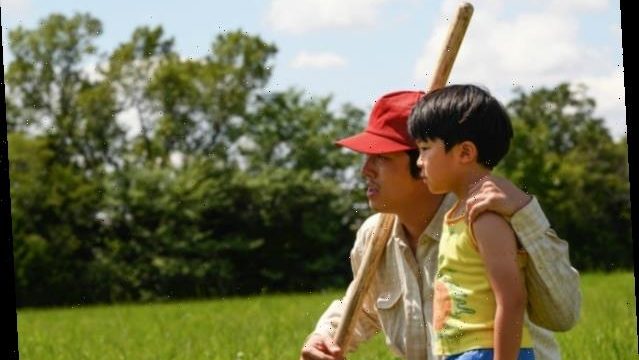 MGM and Brad Pitt’s Plan B Entertainment along with Dede Gardner and Jeremy Kleiner have signed a two-year, second look film production deal, and the studios have set two films from the directors of both “Minari” and “Bad Education” as part of the deal.

Both films will be released theatrically in the U.S. via MGM’s distribution and marketing joint venture United Artists Releasing.

Chung’s movie is an original and sweeping love story about a young man lost in New York City’s corporate drudgery who finds love with a beautiful young woman from Hong Kong, only to break up with her out of fear of settling down. Feeling lost in life, he sets out on a madcap quest to find himself, which leads him to realize he had already found true love in her. When he goes back to find her, he learns it’s too late — she’s gone, and now he must go to Hong Kong, on the greatest adventure of all, to get her back.

The film will be produced by Gardner, Kleiner and Christina Oh of Plan B, who all produced “Minari,” which won the Grand Jury Prize and Audience Award at Sundance this year and is a big contender in the Oscar race.

“Landscape With Invisible Hand” is Finley’s follow-up to his Emmy-winning “Bad Education” starring Hugh Jackman and to “Thoroughbreds” starring Anya Taylor-Joy. The book is a dark, surreal comedy set in a deeply stratified, alien future.

“We are incredibly thrilled to have Brad, Dede, and Jeremy join the MGM family. Their decades-long commitment advocating for a filmmaker’s vision knows no equal. All of us at MGM are excited to join with them in bringing these incredible filmmaker’s visions to life and to be a home for theirs and so many singular voices who are making movies today and, in the years, to come,” Michael De Luca, MGM’s film group chairman, and Pamela Abdy, MGM’s film group president, said in a joint statement.

“We very much look forward to working with Mike, Pam and the MGM team as we head into the next decade with our company. We are equally thrilled to be working again with Lee Isaac, and to collaborate with Cory, and to join with MGM in sharing their uniquely original films with audiences the world over,” Plan B said in a statement.

MGM and Plan B most recently announced a feature film adaption of Ta-Nehisi Coates’ “The Water Dancer,” which will be produced by Plan B, Harpo Films and Kamilah Forbes, as well as the next film from director Sarah Polley, an adaptation of Miriam Toews’ novel “Women Talking” that will star and be produced by Frances McDormand.

Plan B’s other recent releases include John Stewart’s “Irresistible,” Miranda July’s “Kajillionaire” and Lee Isaac Chung’s “Minari,” which received a limited release this month but will open wider on Feb. 12, 2021.