MILEY Cyrus showed off her incredible figure in a sexy cheerleading uniform as she performed at the Super Bowl TikTok tailgate.

The live event was held just hours before the Super Bowl on Sunday.

🏈 Follow all our latest news & stories on the Super Bowl. 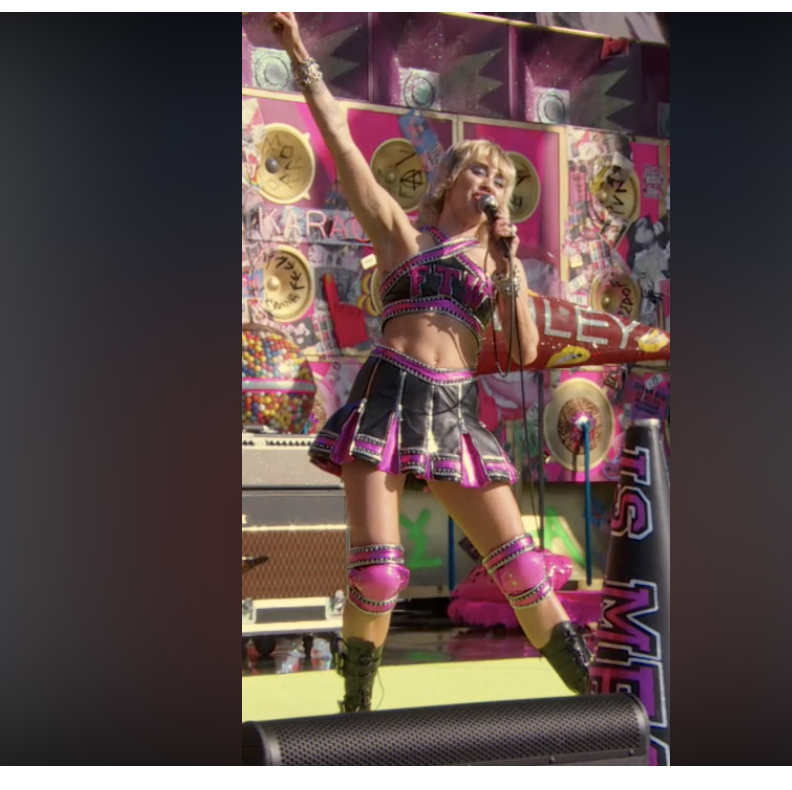 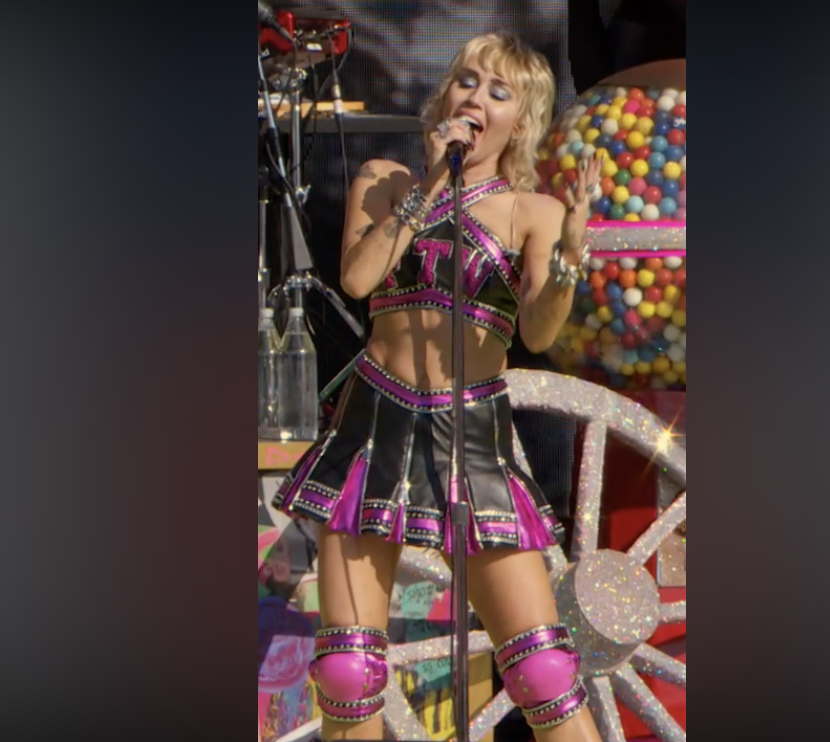 Miley hit the stage wearing a black and purple cheerleading uniform with the letter "FTW" written across her chest, as well as sparkly knee pads.

She began her performance by covering Toni Basil's Hey Mickey, though she changed the lyrics to "Hey Miley."

The performer then sang her song Prisoner before Billy Idol joined her onstage to perform Night Crawling and his 1982 hit White Wedding.

Miley took a moment to thank the essential workers in the audience before she sang Blondie's Heart of Glass.

She then seductively danced on a motorcycle before she transitioned to belting out Head Like a Hole, followed by performances of High, Nothing Breaks Like a Heart and Jolene. 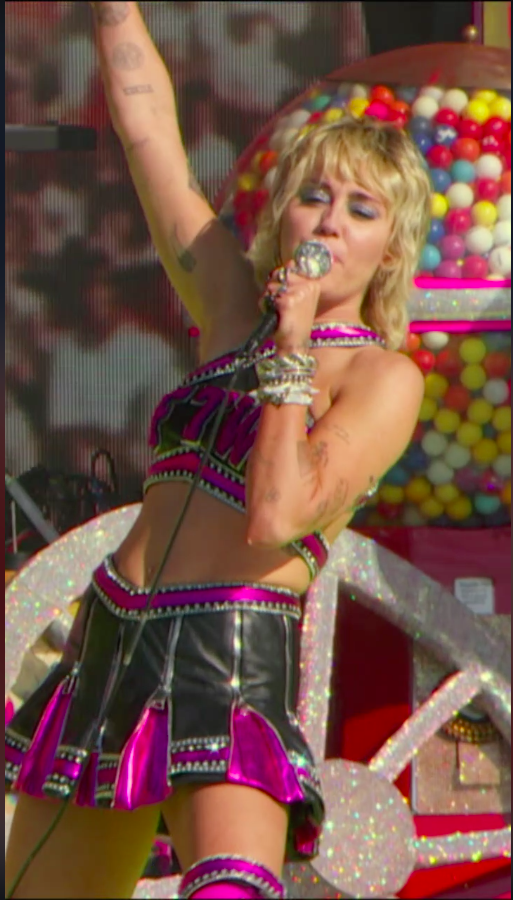 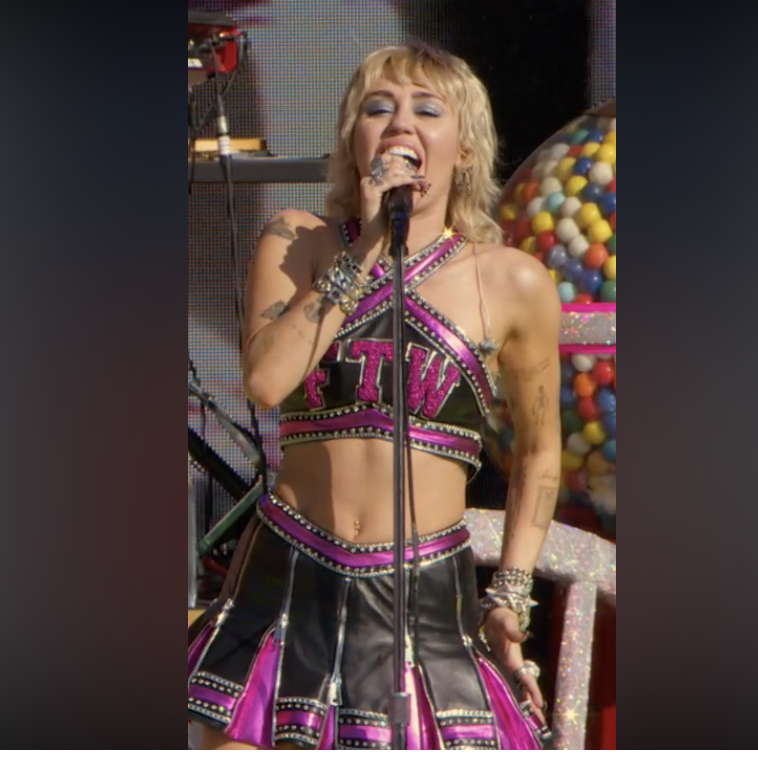 Before Miley took the stage during the tailgate special, Pitch Perfect stars Rebel Wilson and Adam Devine attempted to give inspirational speeches for the players.

The 28-year-old had been teasing her prep work for the performance throughout the week leading up to the Super Bowl.

Miley had been teasing her prep work for the performance in week leading up to the Super Bowl.

The singer previously shared a video of her singing her song Plastic Hearts as she walked on the treadmill in tight shorts and a matching sports bra.

Earlier on Sunday, the Hannah Montana alum shared snaps on Instagram that teased her stage for the performance. 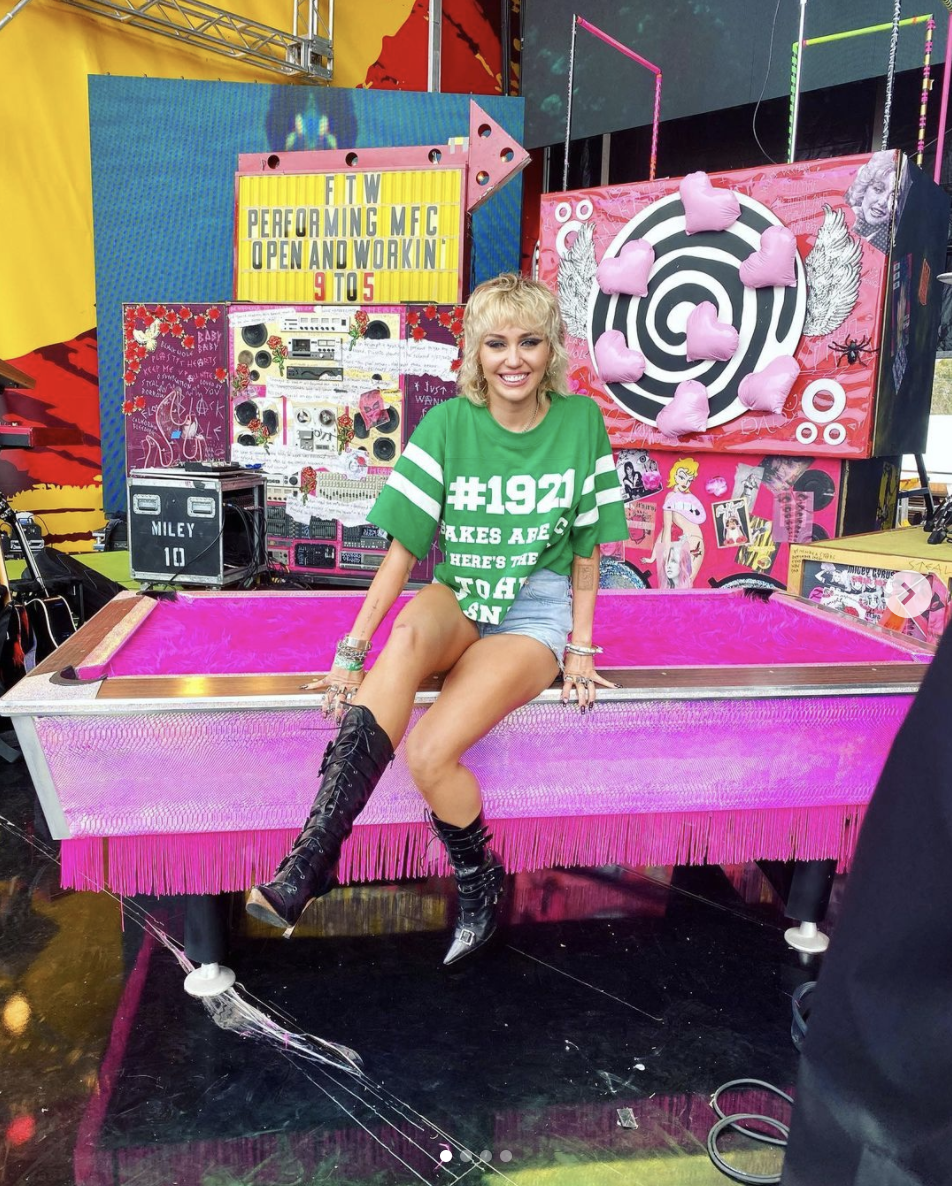 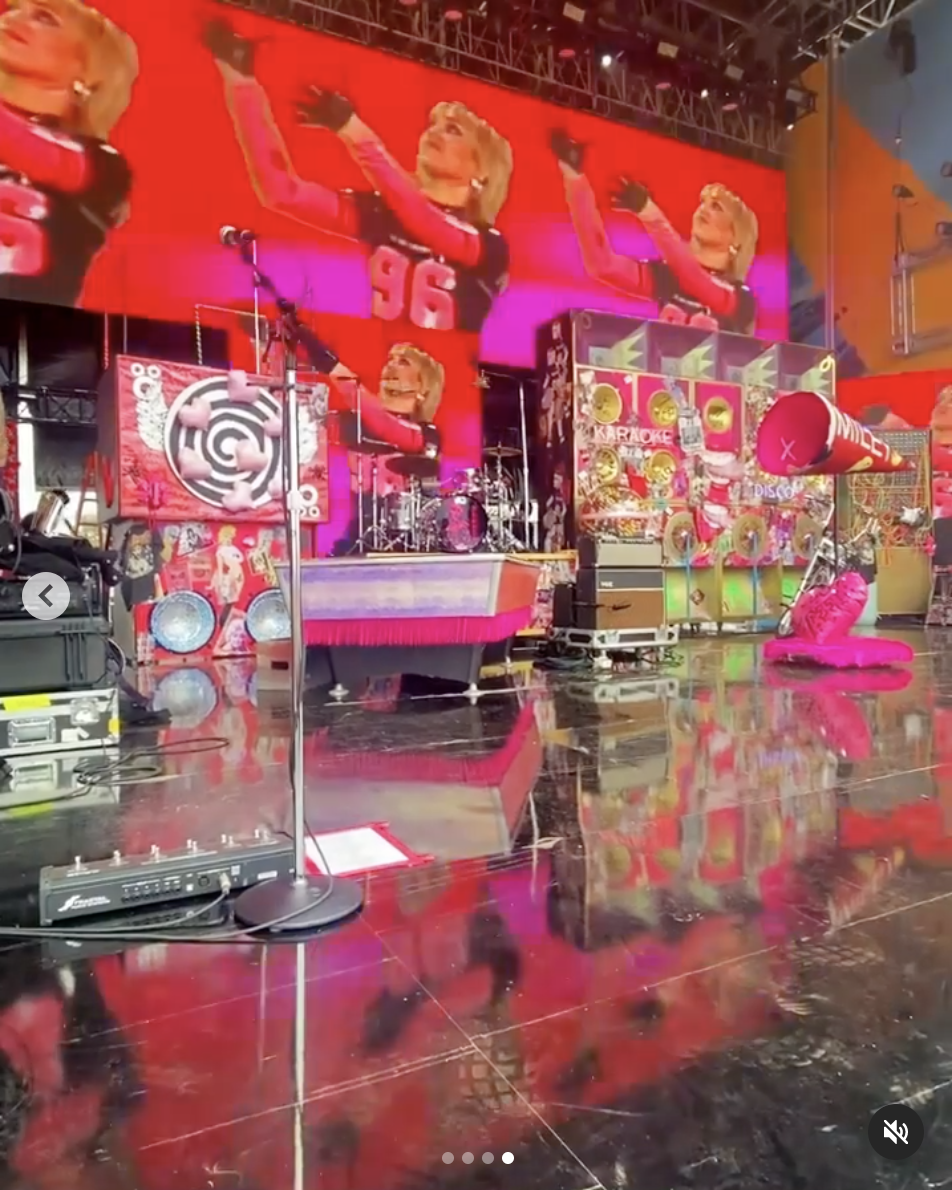 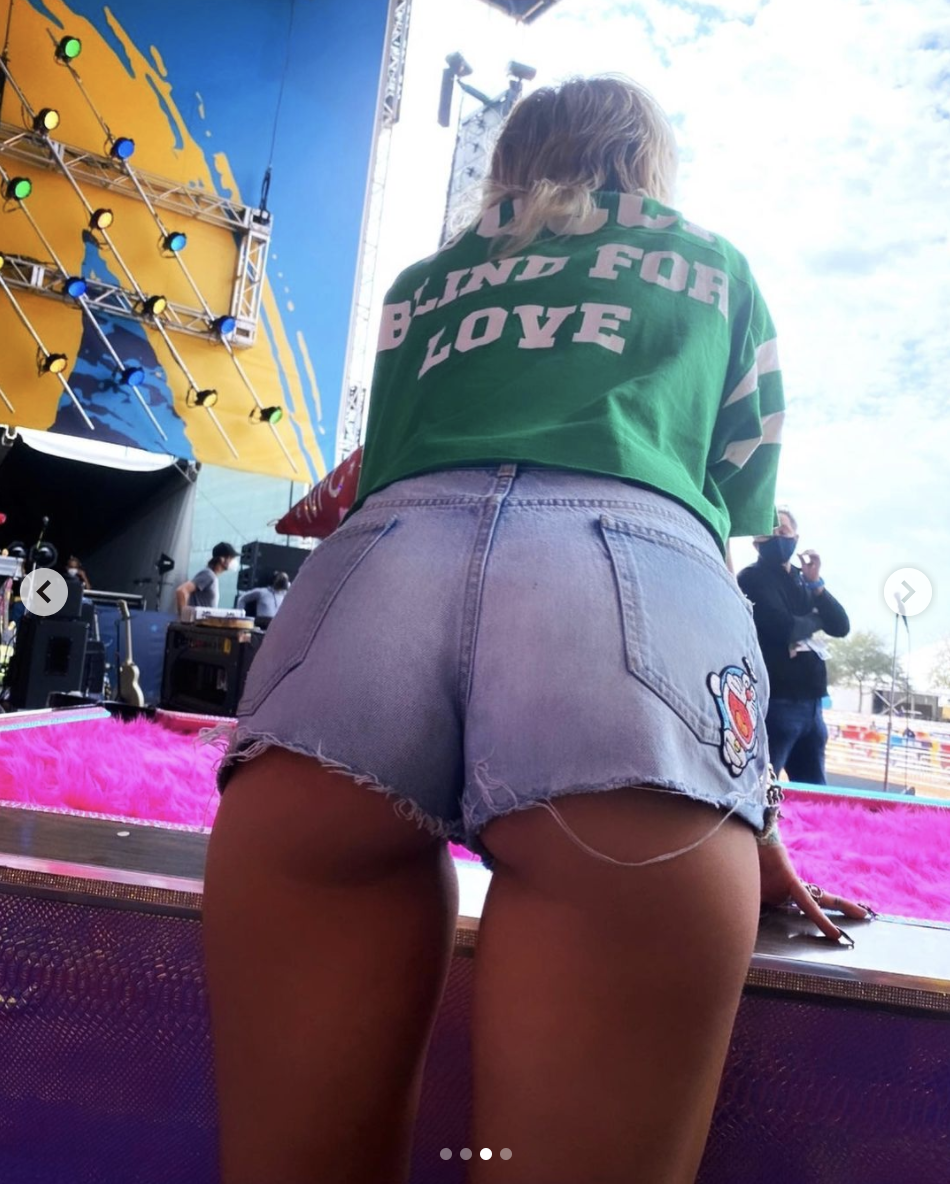 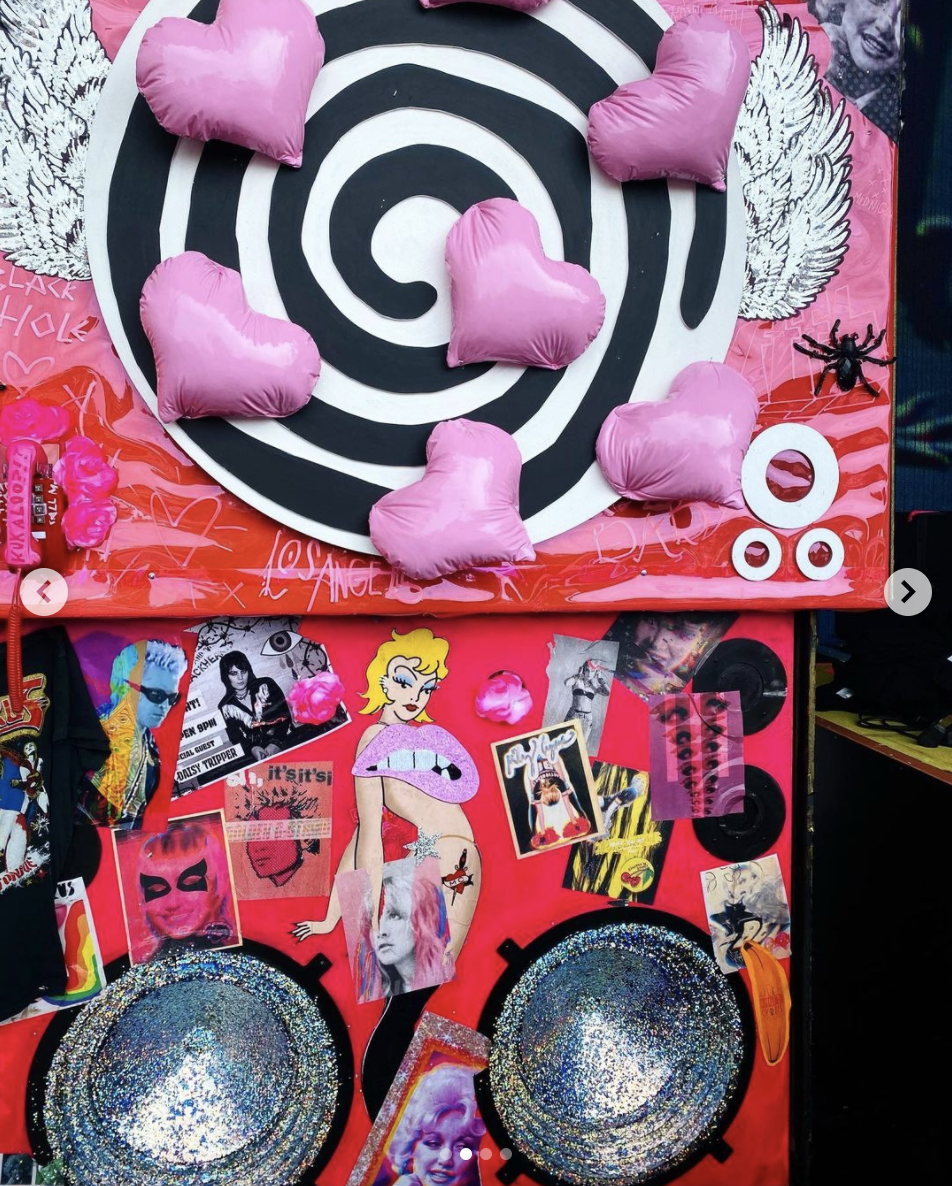 One photo showed her posing on top of a pink pool table, while other snaps gave fans a better look at the elaborate posters that lined the stage.

After showing a close up of her behind in jean shorts, Miley shared a video of the stage as a clip of her wearing boxing gloves played. 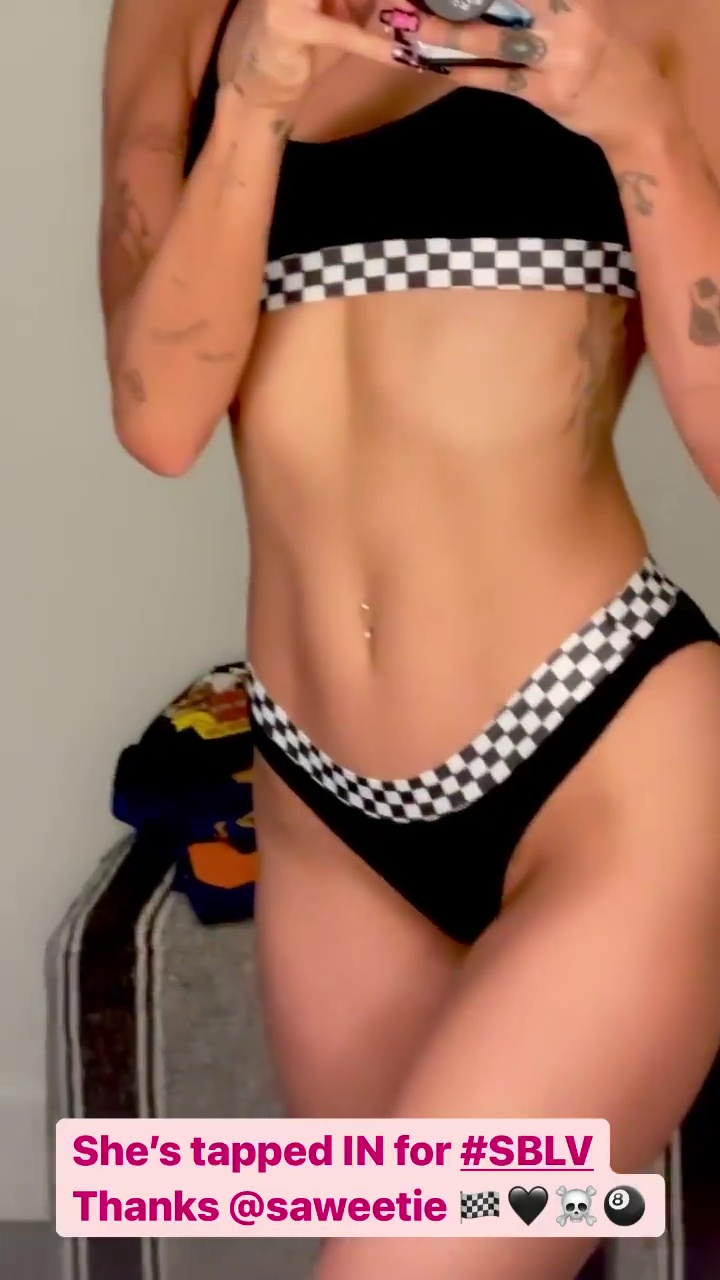 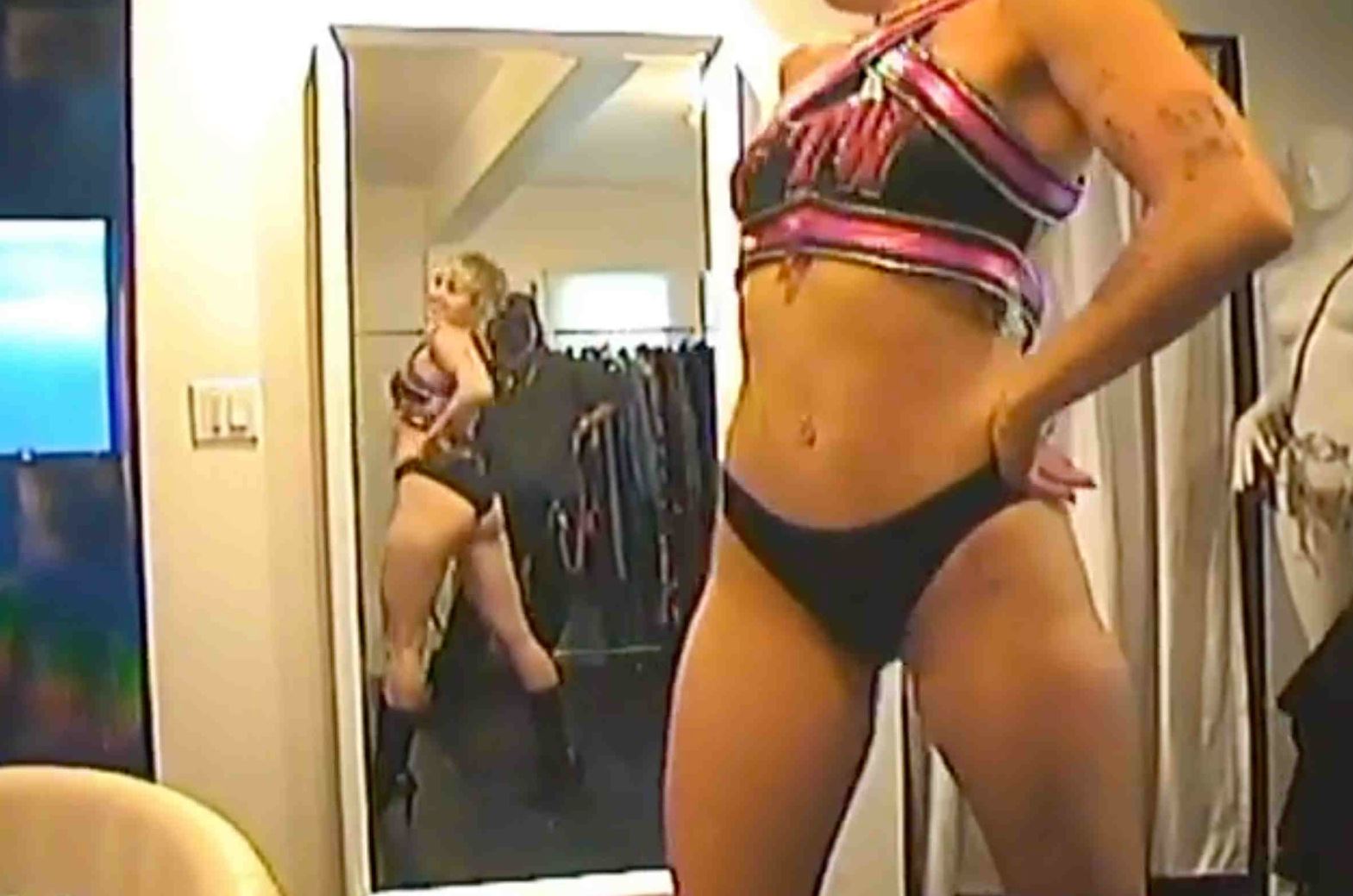 On Saturday, Miley showed off her impressive abs as she posted a video of her zooming into her bare stomach while she wore a black bikini.

One week ago, Miley announced her performance by sharing a drawing of her in a black bodysuit and holding pink pom poms. 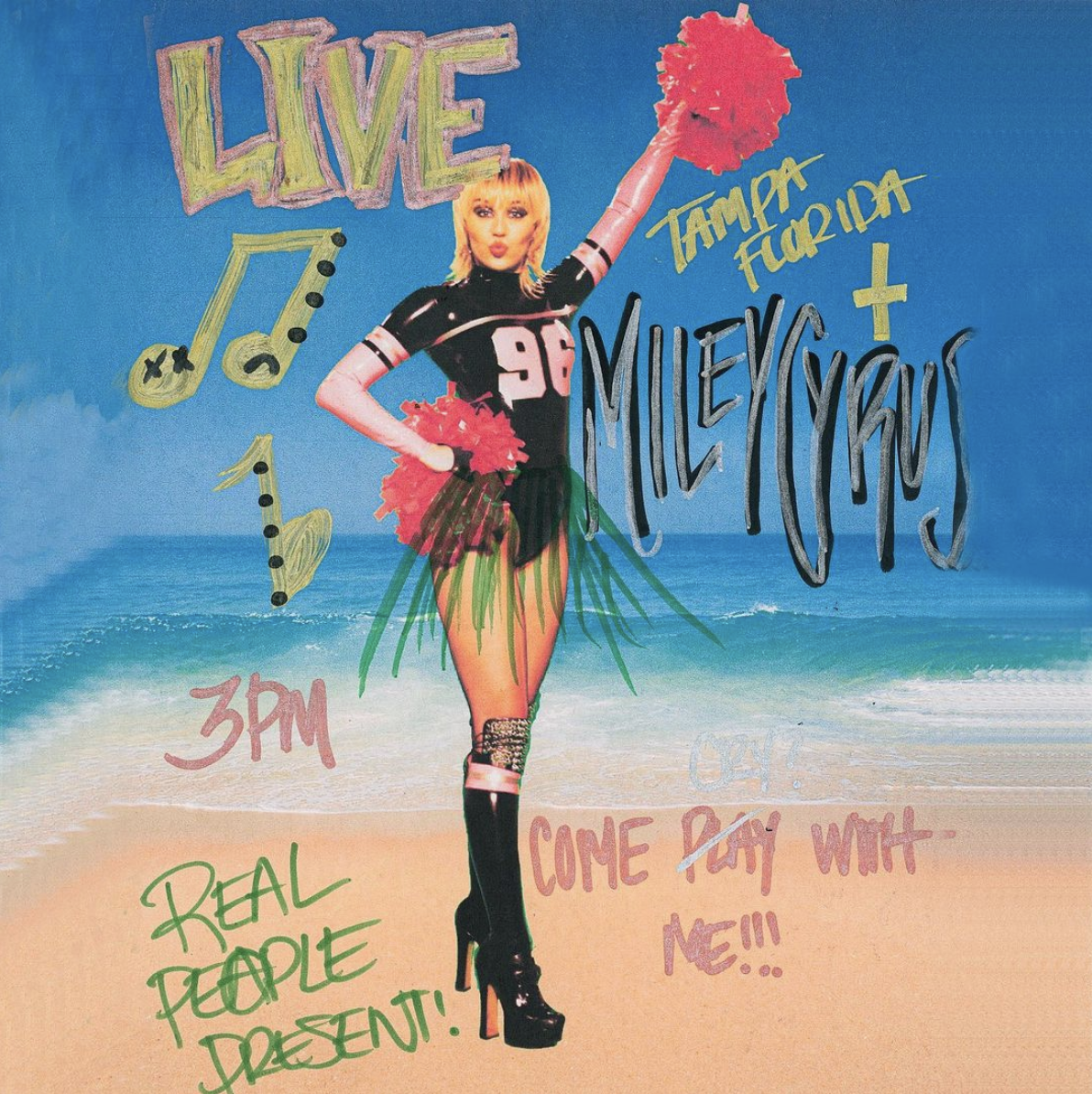 The singer is clearly taking the performance seriously, as she also shared a video of her aggressively running on a treadmill and she paced her rhythm with the song that was playing.

Miley wrote in the post's caption: "#SBLV PREP ☠️ ANGELS LIKE YOU CAN’T FLY WITH REBEL GIRLS LIKE ME. 😈👼" 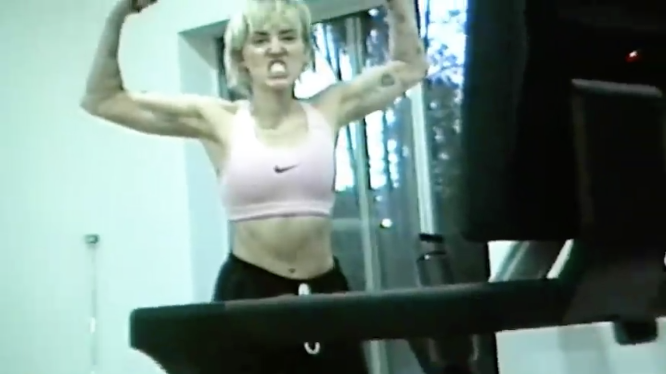