MasterChef was back with another round of the heats and it was the turn of five new amateur chefs to prepare signature meals and dishes involving their favourite ingredients. For Stefan, he failed both times when he served a raw rack of lamb and then raw wagyu beef to the judges. He then followed this with a two-course meal in an attempt to win a place in the quarter-final and those watching at home saw him serve a colour combination of sugar-glazed butternut squash balls and purple sweet potato with pan-fried halibut. When John Torode and Gregg Wallace told him he was heading to the next round, fans were stunned – especially considering the food Alicia produced, albeit it 30 minutes late.

When the first dish of Stefan’s was served, John commented: “I think your plate looks wonderful.

“We have a problem though because the lamb’s not cooked enough to actually eat, your red wine sauce is way too thin, it hasn’t been reduced enough and I’m sad about that.”

Gregg added: “There are some really great flavours going on there, I like the garlic. We all want pink lamb, but we don’t want raw lamb!”

Moving onto his second plate, John said: “Really love the onions across the top, potatoes are nice seasoned and really well cooked. Your celeriac is really sharp, to the stage where it makes me wince.” 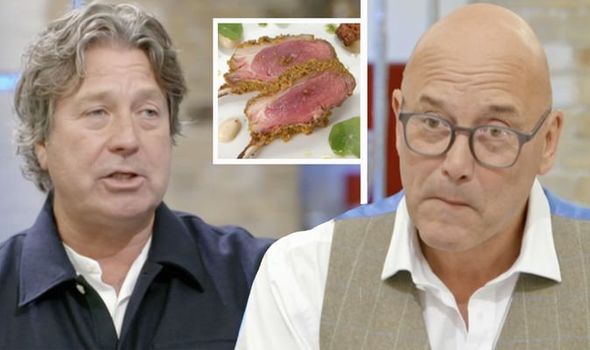 “Steak, you’ve managed to get colour on the outside, it’s well-seasoned, your sauce is beginning to get somebody, it’s a little bit fruity,” Gregg said. “This celeriac is really lemony, it’s really sharp. And that’s too big a flavour for me.”

Unsurprisingly to those watching at home, he had to cook for two former MasterChef contestants to prove he was worthy of a place in the next round.

His choice of purple potato – which he pureed and made a ring around the plate – combine with the bright orange of butterfish squash reconfigured into balls which sat dotted around the purple ring, was not a hit with the presenters.

Gregg asked him: “Have you had much purple food?” And Stefan replied: “Not a huge amount, but I thought I would try something a little bit out of the usual.” 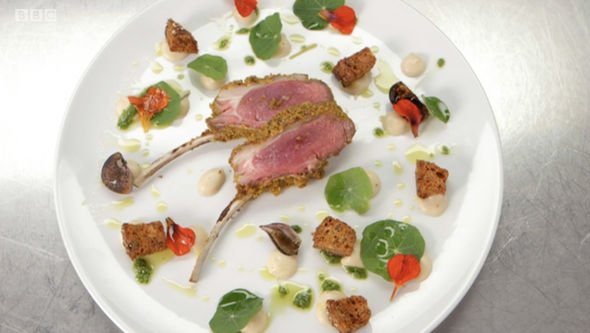 When John and Gregg tried the meal, they said the fish was “cooked beautifully” but described the purple ring with orange butternut squash balls as “the costume of a clown”.

Nevertheless, because Alicia was 15 minutes for each course of the two-course meal, the judges thought it was time she left eh competition.

As a result, Stefan went through to the next round and viewers were gobsmacked by the choice.

Taking to Twitter to comment, one said: “He literally dished up lamb that was uncooked and a steak that would’ve passed for carpaccio. That’s an absolute joke. He got through literally because he was less s*** #masterchef.” 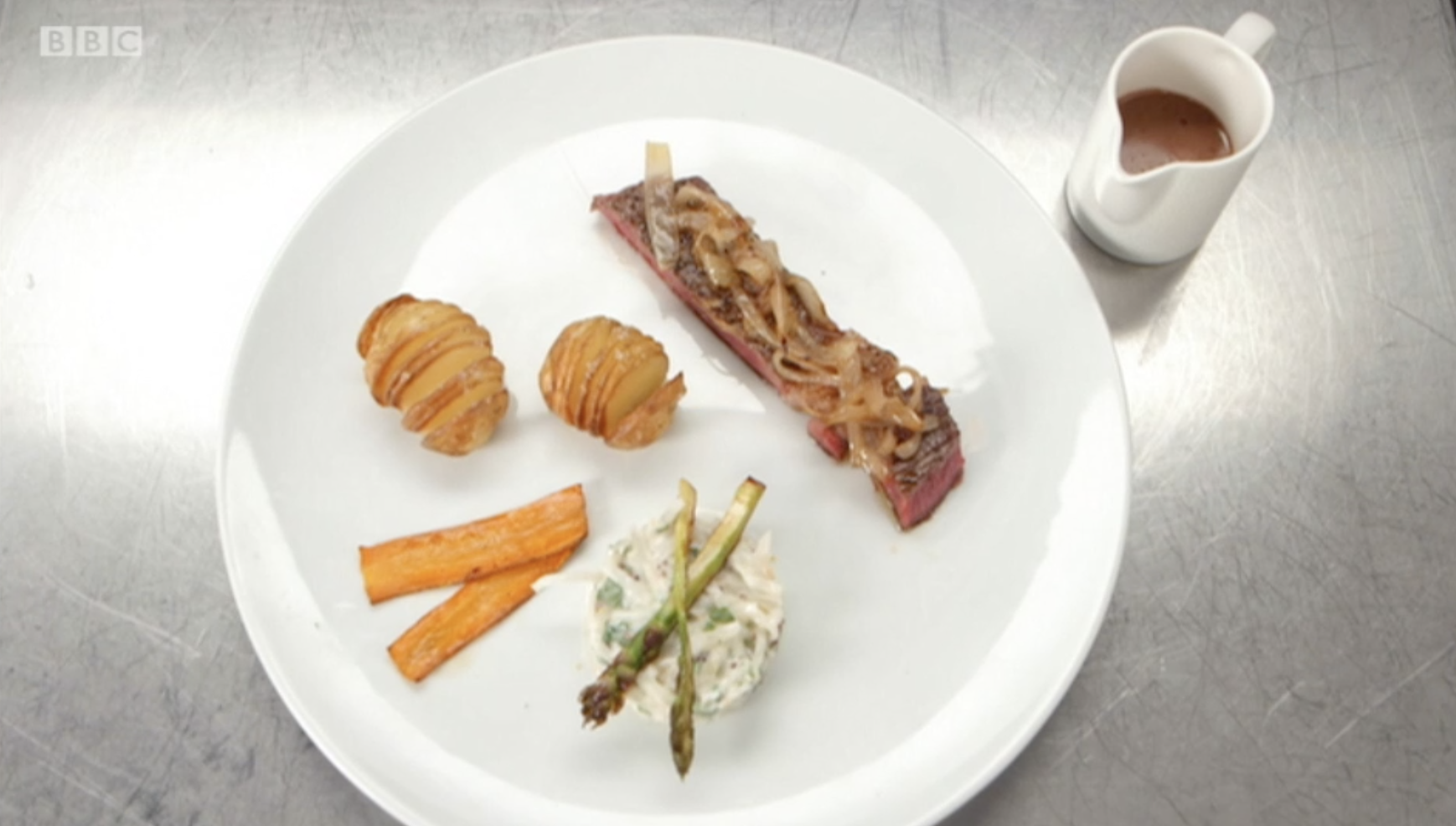 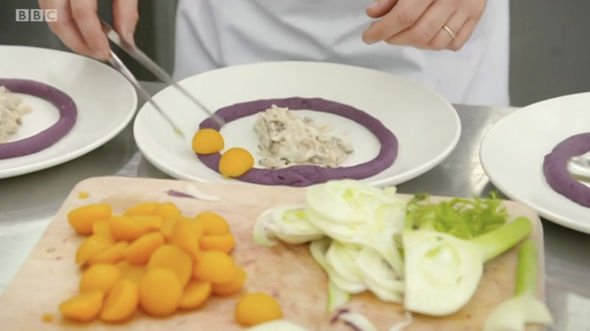 A third added: “Raw Lamb Guy must think himself *extremely* lucky at that decision. #Masterchef.”

One mentioned: “Can’t believe the guy who has literally served raw meat twice is through. #masterchef.”