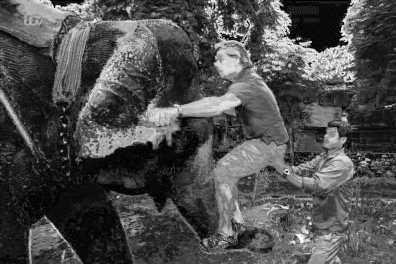 MARTIN CLUNES has come under fire from the wildlife protection charity that he is a patron for after he climbed up an elephant's face and tugged on her ears for his new TV documentary.

The 57-year-old actor was filmed mounting the animal for a ride in ITV show Martin Clunes: My Travels and Other Animals, which aired on Thursday night – despite being an advocate for Born Free, an organisation that opposes elephant rides and other animal exploitation. 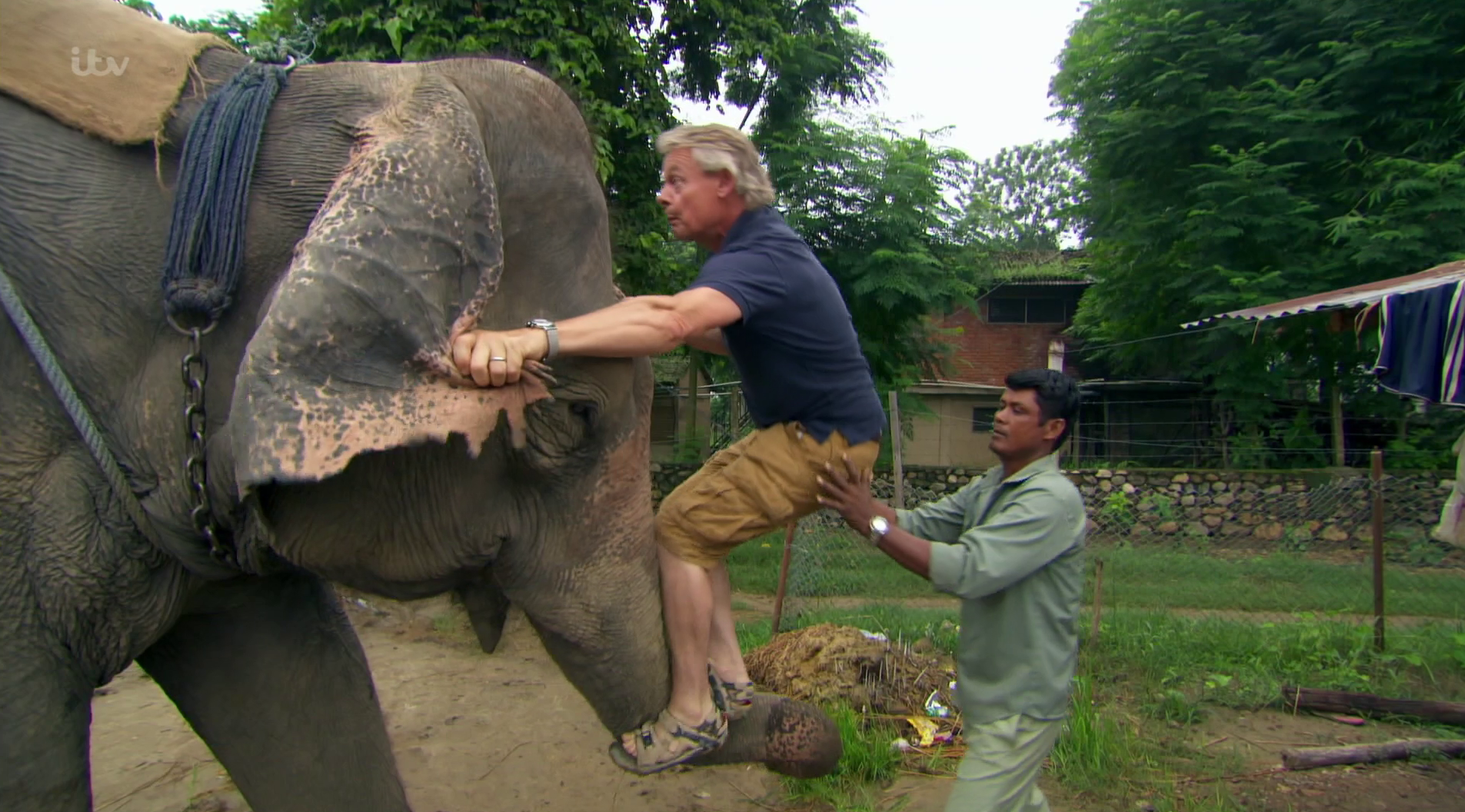 Born Free have now spoken out against the Doc Martin star, admitting that they will need to talk to Clunes "about the future" for him at the charity.

In the show, Martin admitted that he was concerned about riding elephants, but concluded that it is a "kinder life" for the animal "than hauling heavy logs".

Despite his doubts, he pulled on the creature's ears as he clambered up her trunk – confessing that he "didn't want to hurt her" as he did so.

Will Travers, president of Born Free, has now said: "It is deeply unfortunate that Martin Clunes, while exploring the relationship between captive Asian elephants and the people of Nepal, rode a captive elephant… thereby reinforcing the perception that this is an acceptable activity." 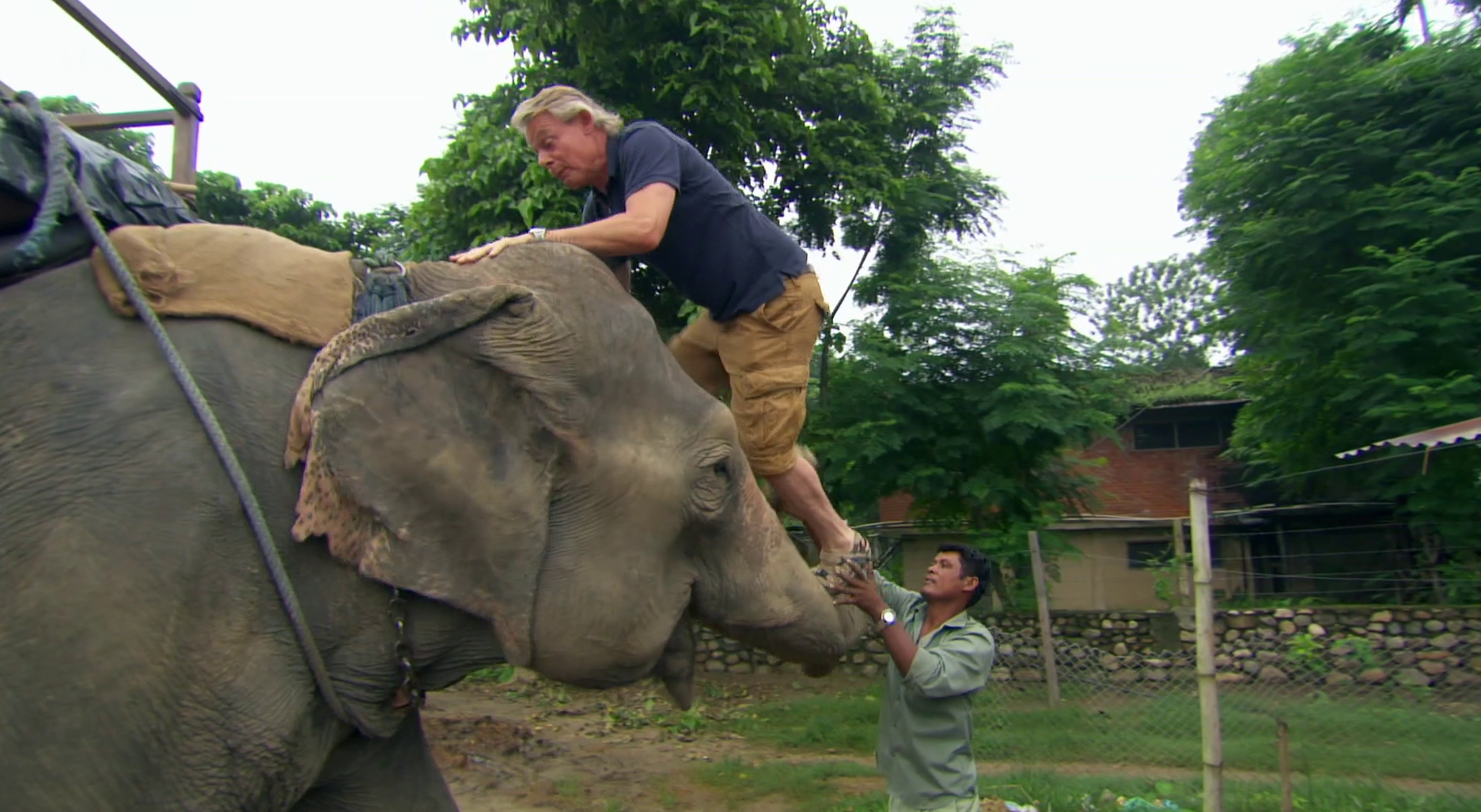 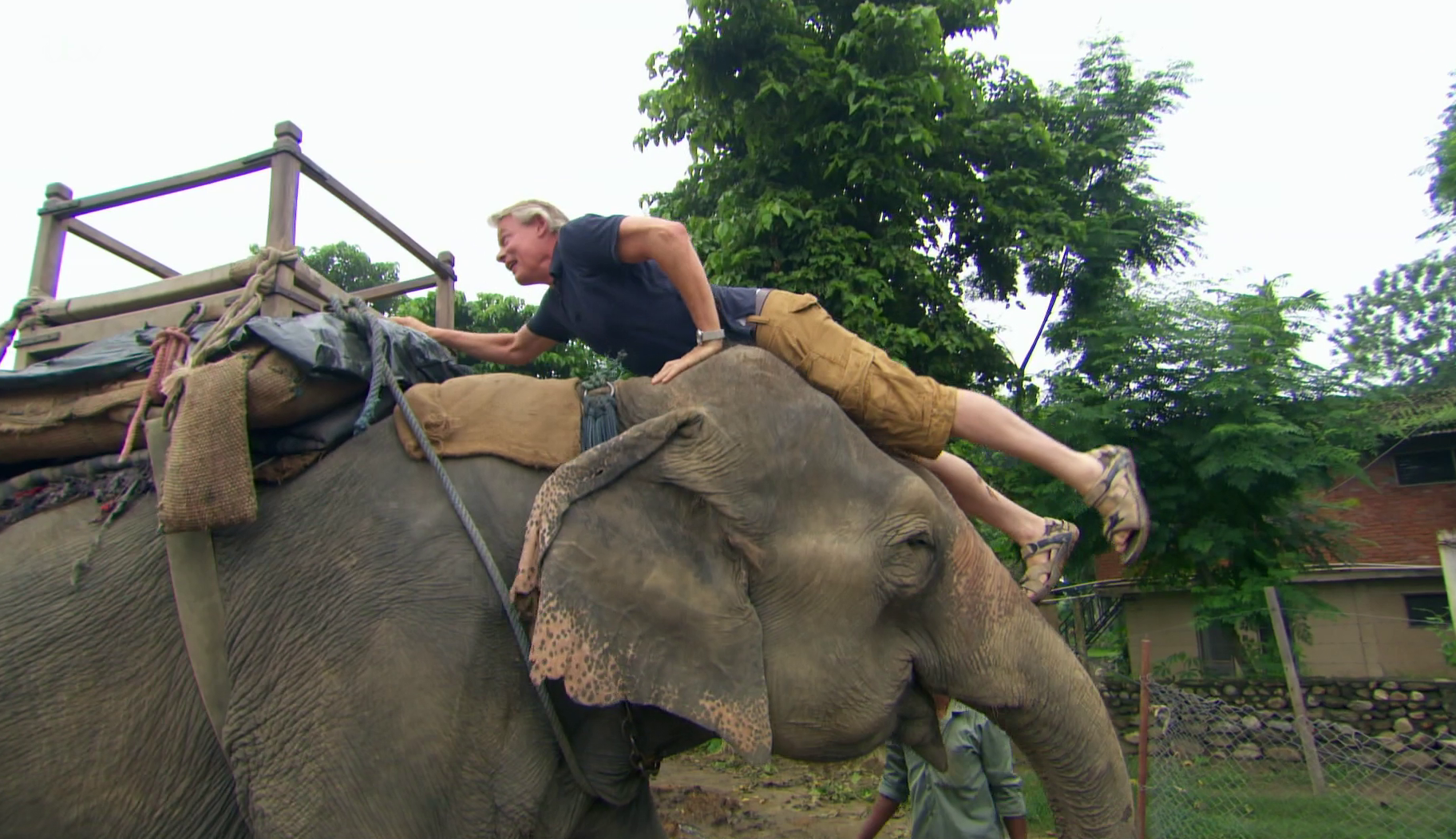 Animal rights campaigner Audrey Gaffney added to The Mirror: "Martin rode this elephant in a wooden saddle, which is extremely painful and damaging on the animal’s spine.

"He also holds on to the elephant’s ears, which are one of their most sensitive areas.

"In the face of obvious cruelty, he denied his own conscience and rode an elephant, which would appear contrary to the ideology of Born Free and his role as patron."

Viewers have also slammed Martin's actions, with one outraged fan tweeting: "Can someone tell Martin Clunes that this elephant does not want him climbing on top of its trunk to get on to its back." 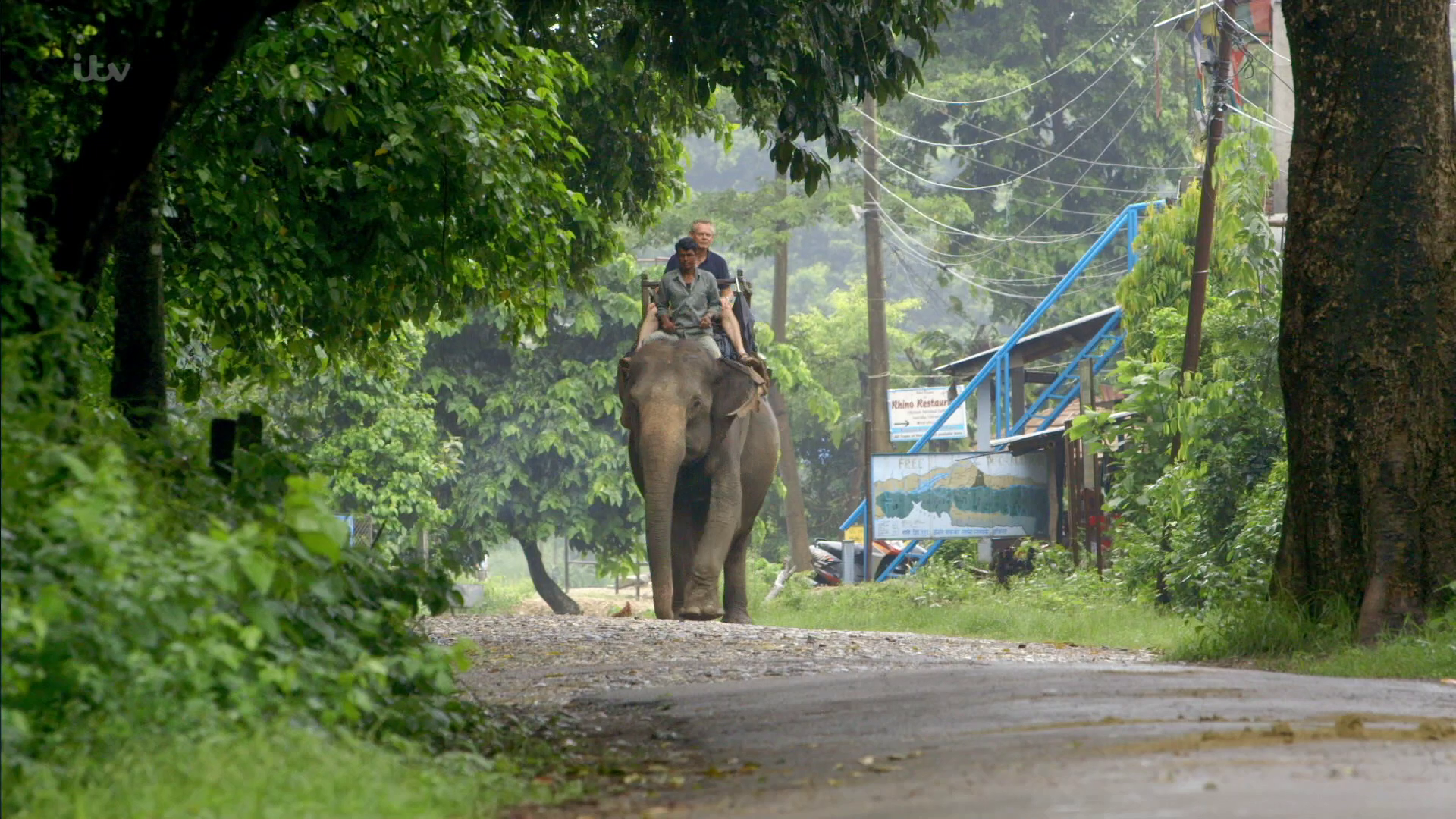 Another wrote: "I love Martin Clunes but get the f*** down off that poor elephant."

A third said: "I had to switch off Martin Clunes because it was too upsetting and what he was saying and doing seemed contradictory."

However, ITV have hit back at the criticism in a statement, insisting: "Martin was immersed in the experience to allow him to show viewers an up close perspective on modern conditions and their impact on the elephants. 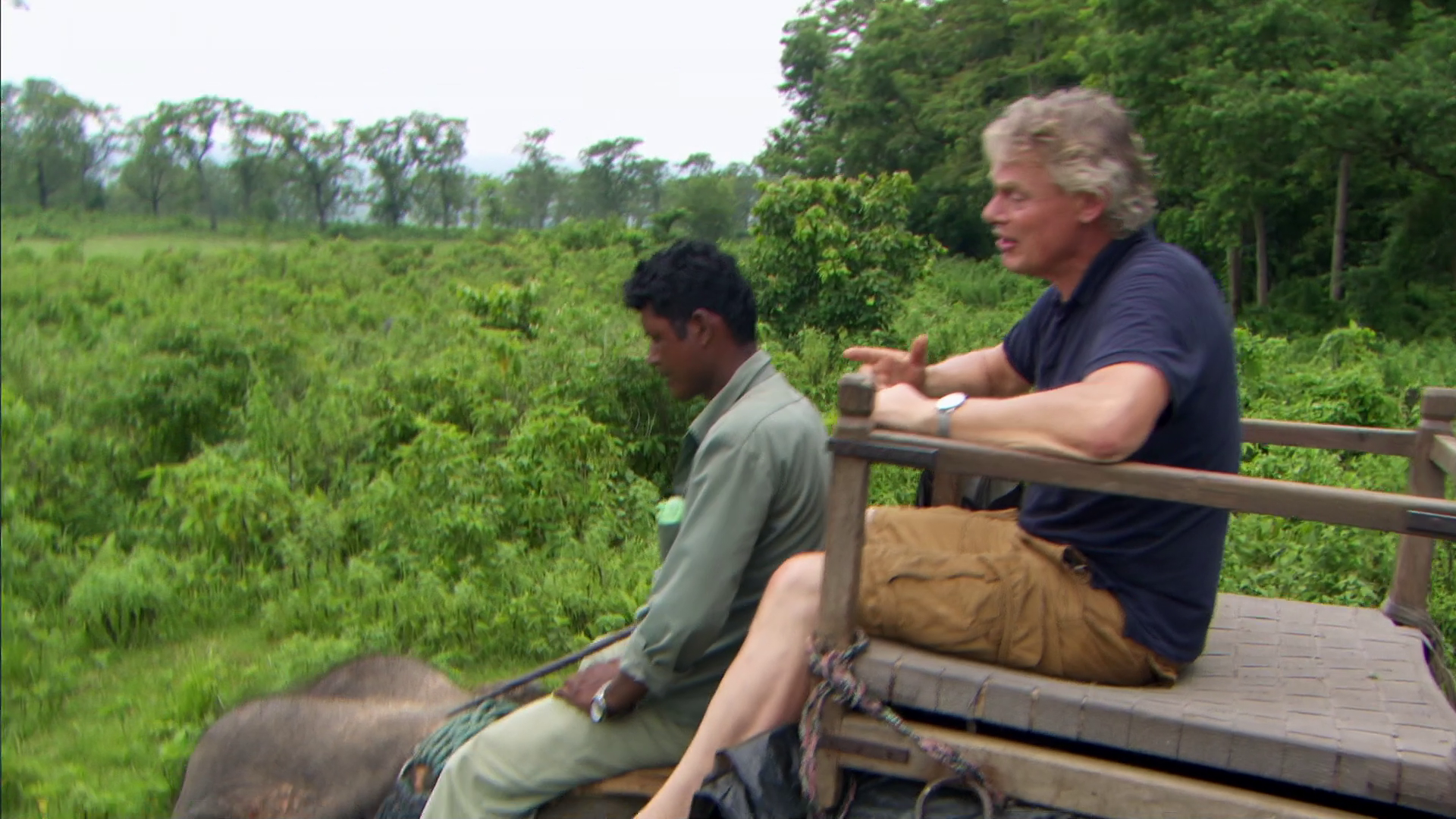 "Throughout this and in conclusion, Martin made it very clear to viewers that he had serious concerns and reservations about elephants carrying people and would prefer to see the creatures in the wild.

"Any suggestion that the programme or Martin endorsed cruel treatment of elephants would be misrepresentative and deeply unfair."

The Sun Online have contacted Martin's rep for comment.