Tremble, little Lasso man. The Ted Lasso theme song might have a familiar voice. That’s because it’s Marcus Mumford of Mumford & Sons singing. The song plays in the short Ted Lasso opening credits, but Mumford and Tom Howe actually made a full song for it. And their collaboration didn’t stop there. They also create the show’s score. And it all started when Jason Sudeikis asked his good pal Mumford to work on the show’s music in what Mumford called “the world’s longest voice note.” 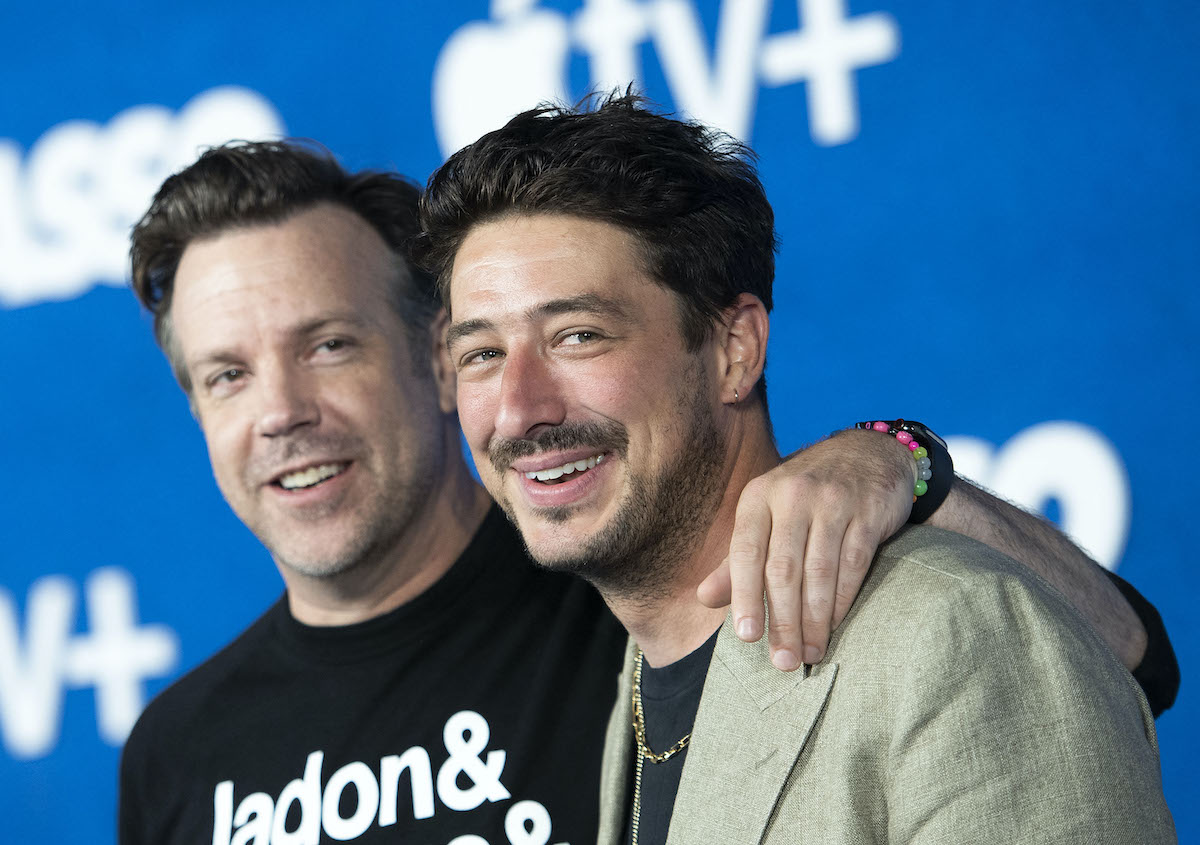 Sudeikis and Mumford have been friends for years. They first met when Mumford & Sons did their first Saturday Night Live appearance in 2012. In addition to being the musical guest, the musicians played a Beatles cover band called “Hey Dude!” in a sketch alongside Sudeikis. The following year, the band asked Sudeikis to star in the “Hopeless Wanderer” music video. And the Ted Lasso star and Mumford have remained friends.

“Despite being an American comedy great, Jason has a real British taste in his sense of humor,” Mumford told USA Today. “So that’s one of the reasons we hit it off, for sure.”

When the SNL alum was developing Ted Lasso from an NBC Sports sketch to a series, he asked Mumford to work on the music. He told The Hollywood Reporter that Sudeikis left “the world’s longest voice note” when asking him to sign on. But he didn’t actually respond to that message for months. Mumford told USA Today:

“He loves leaving a long message, that one. But he left me a very long message on my U.S. phone, which I don’t keep on when I’m in the U.K. So I actually missed it and it had been in my phone for a couple of months, and he thought I was just ghosting him. So when I finally picked it up, I called him and was like, ‘So sorry, man, but I’d love to talk more about your TV show.’ And then I eventually went to set while they were filming in the U.K. before I started the music, and that’s how the story went.”

Mumford and Howe created the Ted Lasso theme song and all of the episodes’ scores. (You’ve definitely heard Howe’s work before — he scores The Great British Baking Show and also worked on Wonder Woman, 2020’s Mulan, and more.) It marked Mumford’s first foray into scoring. But he found it surprisingly freeing.

“It’s made me recognize the importance of melody,” he told The Hollywood Reporter. “When you take lyrics away, which I haven’t done that much in my career, you have to be able to convey a lot more just through a melody.”

Mumford said the theme song was intended to have a “right in the middle of the Atlantic, between the U.K. and the U.S.” vibe to it. And it’s full of lines you can imagine Ted saying to his players in a motivational speech. It even alludes to Ted’s divorce plot. Mumford sings:

If you slow down for a second, take your time
You know I’m yours if you remember that you’re mine
And when everybody’s telling me I have no time
I prove ’em wrong again

‘Cause, yeah, it might be all that you get
Yeah, I guess this might well be it
But heaven knows I’ve tried

No, my hands won’t be tied down
And I will not lay them down
‘Cause I can finally see the truth
So simple, but so clеar
Accepting an ocean’s depths
Were out of reach for me and you

And to think, it all started with an extremely long voice note.