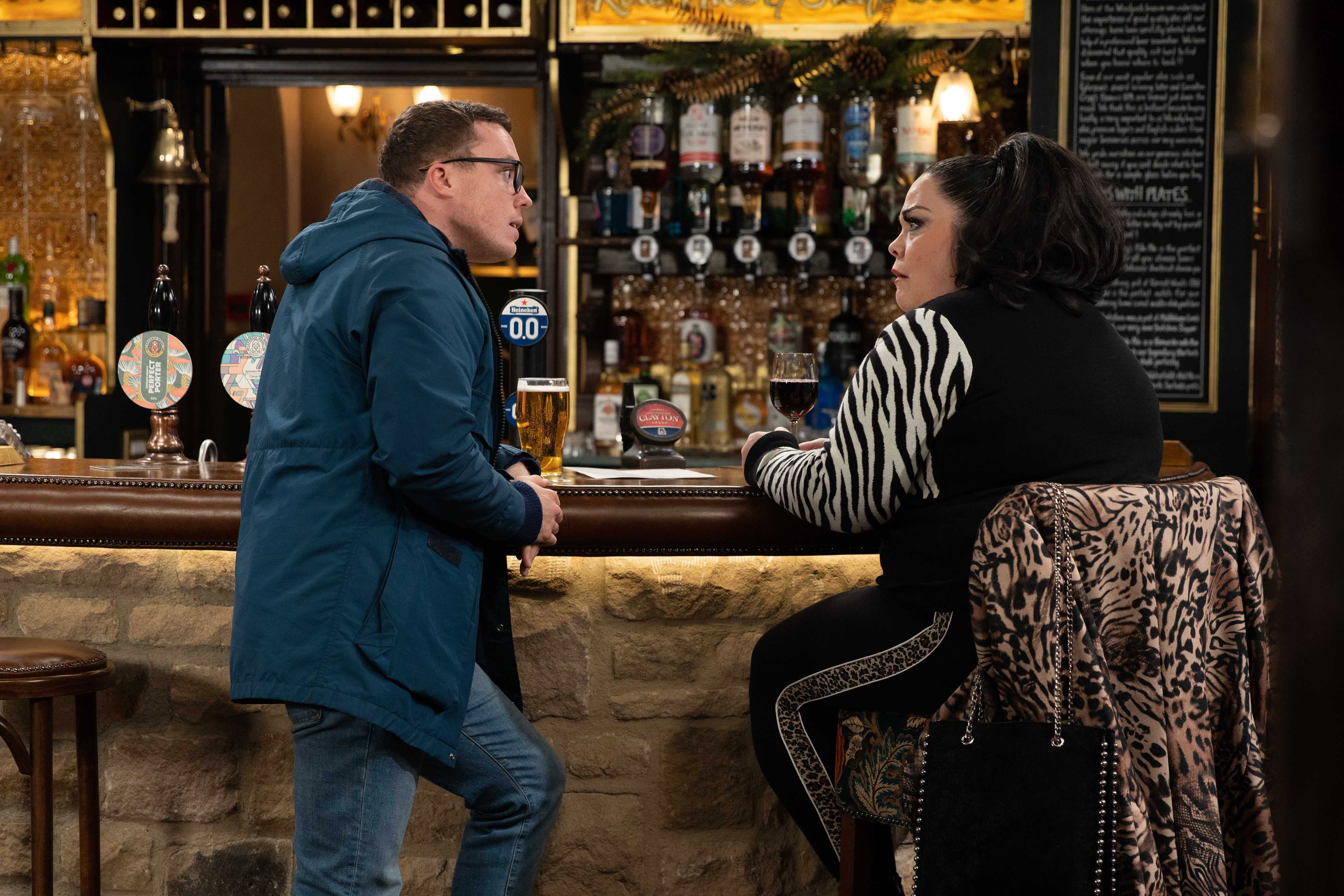 Vinny Dingle (Bradley Johnson) has been struggling since the death of his beloved Liv (Isobel Steele), but in upcoming episodes he finds a new interest that helps to take his mind off his troubles.

Unfortunately for him, it could be about to lead him down a dark path, as Mandy (Lisa Riley) warns.

Mandy is pleased when Jimmy (Nick Miles) offers to talk to Vinny, as she can’t get through to him. Vinny and Jimmy play a game of cards, during which Vinny does manage to open up about how he’s been affected by his wife’s death.

It turns out that Vinny is really good at poker and he thrashes Jimmy. Seeing this, Will (Dean Andrews) suggests a game of poker at the pub and it’s not long before Ryan (James Moore), Mackenzie (Lawrence Robb) and David (Matthew Wolfenden) are also joining in.

The group play more games of poker and more people join in, and Vinny’s in his element because, for once, he’s not sitting around brooding about Liv.

When Mandy finds out what’s been going on, though, she’s not happy and she accuses Vinny of turning into his father.

Vinny’s father Paul Ashdale (Reece Dinsdale) met Mandy when Vinny was only nine months old. He abandoned her and his son when Vinny had just started school, leaving Mandy to raise him as her son.

When Paul returned to the village in 2020 he befriended Vinny and finally revealed who he was. Paul also reunited with Mandy, but Paul was a gambling addict and his behaviour was soon out of control.

He started emotionally and physically abusing Vinny to hide his addiction from Mandy. Paul died in a barn explosion in 2021 on the day he was due to be married to Mandy.

It’s understandable, therefore, that when Mandy hears that Vinny is getting deeply involved in poker games she starts to worry.

Is it all an innocent way for Vinny to take his mind off his troubles, or is he following in his father’s footsteps on the path to gambling addiction – and worse?