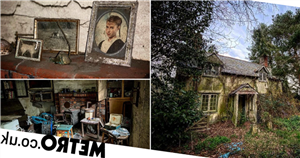 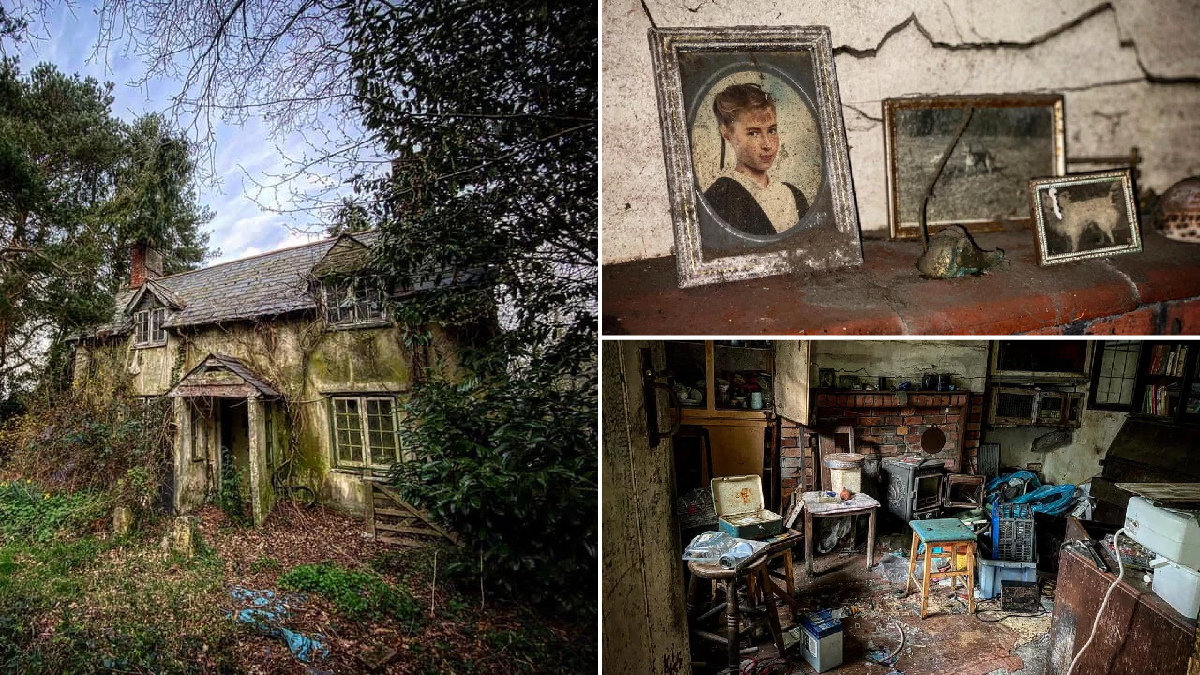 An urban explorer has shared pictures of the abandoned cottage he stumbled upon in Devon.

The home was full of photo slides of indigenous communities taken from around the world, as well as family photos, furniture and dusty old books.

One picture of the house showed a living room crammed full of wooden stalls, a TV seemingly from the 1990s and a cast-iron log burner.

In another, photographs of what appeared to be the occupant’s children or grandchildren and pets could be seen on the mantelpiece.

The abandoned cottage was found by former plumber turned full-time urban explorer Colin Smith, 36, from Hampshire, UK who goes by the name The Urban Explorer on YouTube.

Based on the labels on the old food found there, Colin estimates that the cottage has been left abandoned for at least 20 years.

‘Someone had been there before me because the door to the abandoned cottage was just left wide open,’ he said.

‘I think the place must have been left for about twenty years, judging by the dates on the food left in the kitchen and the layers of dust covering everything.

‘I came across a set of photo slides, showing tribespeople in remote communities, so whoever lived in the house obviously travelled all around the world.

‘There was also an amazing photo album full of Indian steam trains, which was fascinating.

‘All of their possessions were left in the house, which makes me think that maybe whoever lived here, lived alone and had nobody to sort out their stuff after they died or ended up in hospital.

‘It can be sad seeing all of a person’s possessions just left to gather dust, but it’s also amazingly interesting to step inside such an interesting time capsule.’

In one of Colin’s photos, you can see what looks like art supplies by a window looking out onto outdoor greenery

Another shows a dust-covered desk covered with knick-knacks, like a dog figurine and copper containers.

This cottage is one of the estimated 500,000 properties across the nation thought to be currently sitting empty.