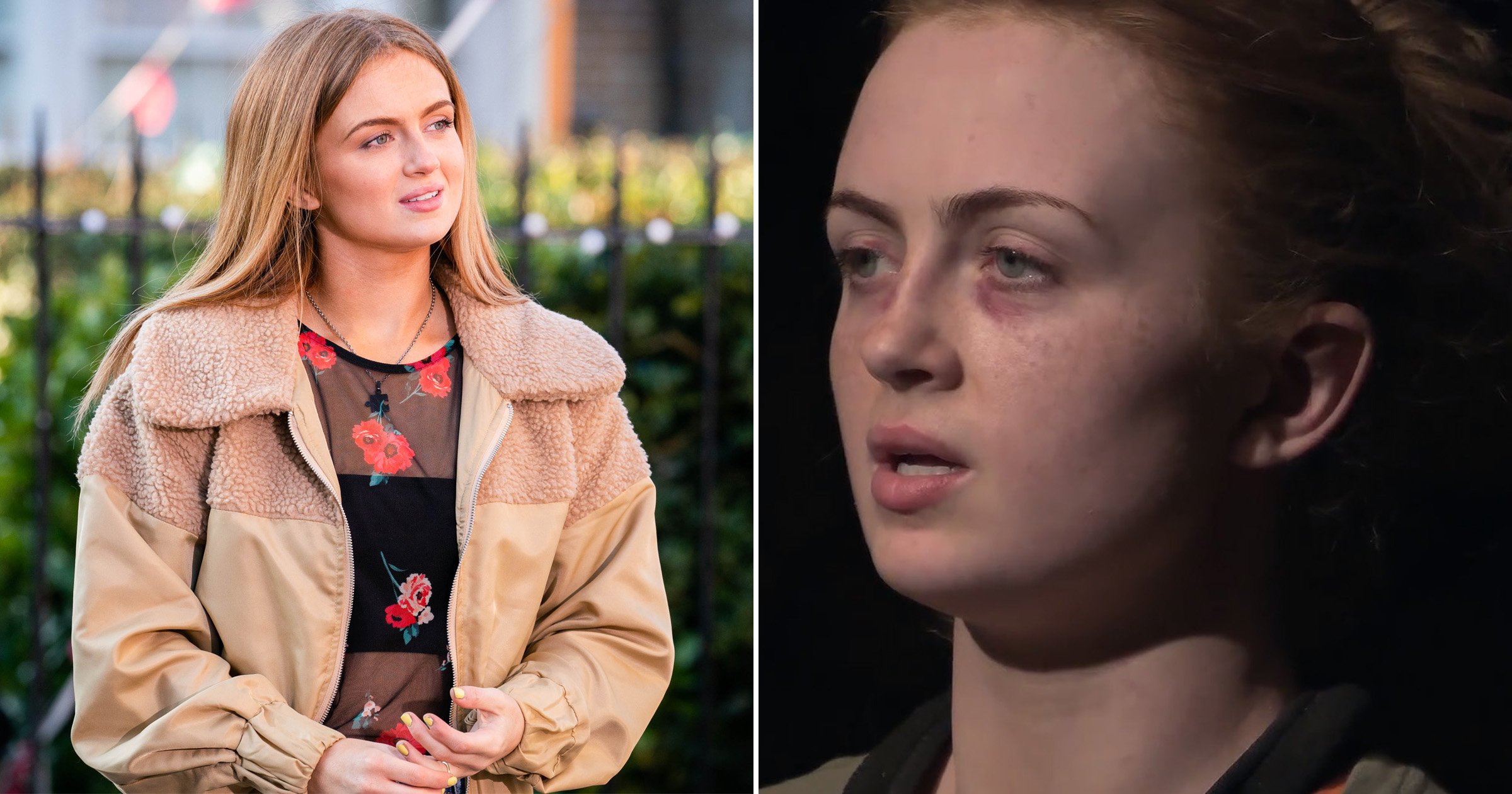 Maisie Smith has admitted she struggles with her confidence following her exit from EastEnders.

The actress, now 21, landed the role of Tiffany Butcher in the BBC soap when she was just six-years-old, and played the mouthy madam for 13 years, leaving in 2014 before returning in 2018.

However, playing the much-loved character for such a long time has had an impact on Maisie, as playing Tiff is all she has known.

Speaking on Celebrity SAS: Who Dares Wins, the Strictly Come Dancing star admitted: ‘I was on Eastenders for 13 years, which was all I can remember. I sometimes think I’m more comfortable being Tiffany than I am being Maisie.’

Maisie added: ‘The good thing about being an actress is that I know how to look confident. In reality I have no idea what I’m doing.’

She also spoke about having ‘no idea’ how other people perceive her: ‘I just assume you just take one look at me and think, “Oh, cocky little Essex girl”, which is true, but there’s a lot more to me that people don’t know.’

Maisie later became tearful as she recalled her childhood and always being around adults who were much older than her.

She said she ‘struggled’ to speak sometimes, as people would always talk over her and ‘undermine’ her.

‘I’ve struggled, sort of, speaking,’ she confessed, adding: ‘And I’ve had, not a stutter but I just could go blank and words wouldn’t come out and I think the more that happened, the more people would just, sort of, talk over me.’

Maisie then felt it was ‘just useless and pointless’ for her to try and engage in conversations, so she gave up.

She described it as a ‘horrible feeling’ as she was unable to ‘find a single word.’

The tearful star added: ‘I found it pretty hard and I just hated the person I was for a long time.

‘The reason I worked so hard and pushed myself was because the one thing I can’t control is the thing I’m most scared of.’

Her reason for taking part in the gruelling challenge show, alongside the likes of Ashley Cain, Callum Best, and Ferne McCann, is to build up her self confidence.

‘I’d love to overcome these feelings of fear. I want to be this strong person that I try to be.’