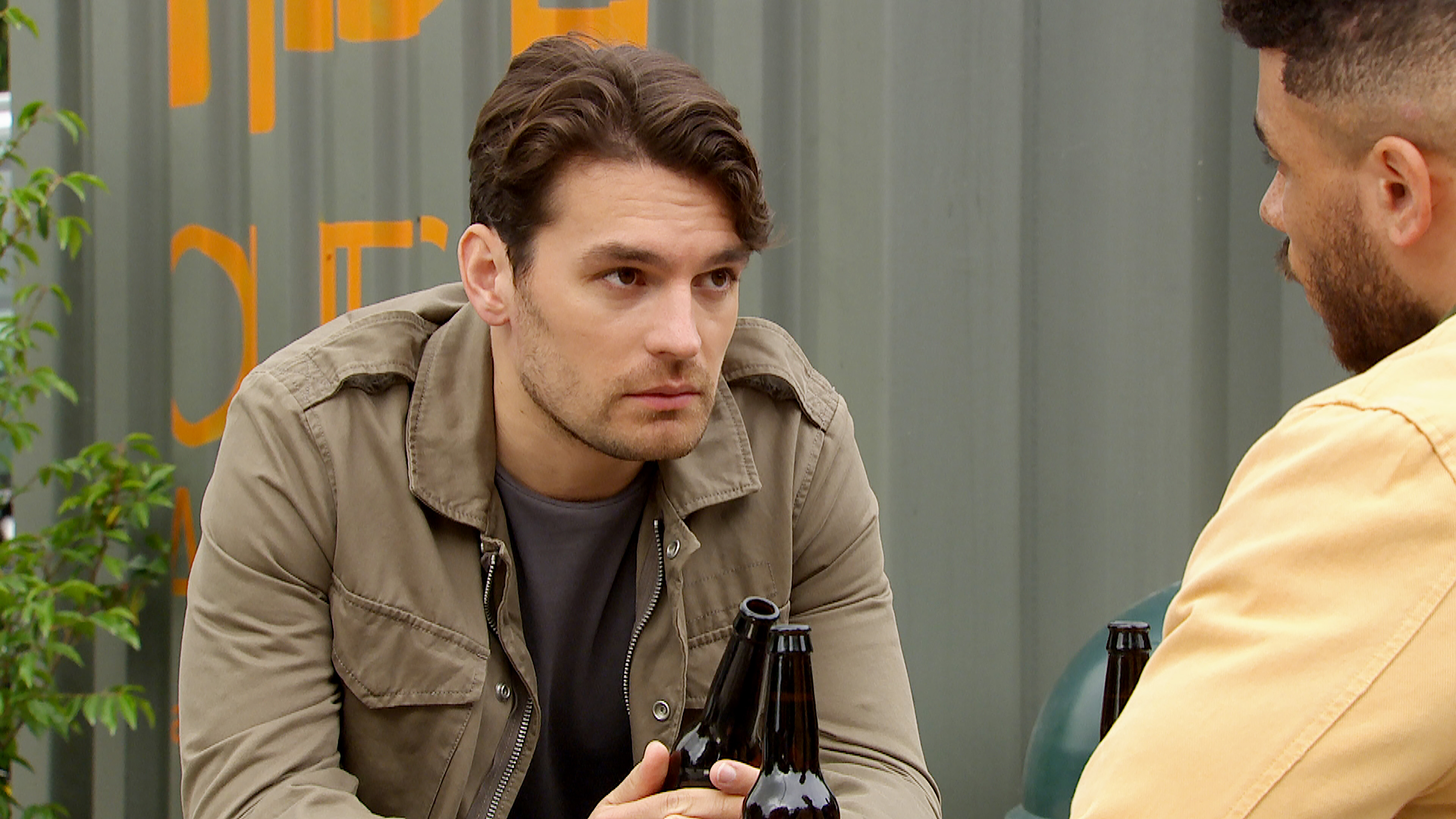 Mackenzie (Lawrence Robb) might think he’s got away with his one-night stand in Emmerdale, but his relief is misplaced as the person in question is about to make themselves known.

Mackenzie took Charity’s (Emma Atkins) heat-of-the-moment comment about having a baby with someone else too literally when he went off and had a one-night stand. He’s now paying for his mistake through guilt, but he’s relieved it’s all behind him.

That said, the guilt is starting to spill from his pores as the mistake haunts him. He decides the best thing to do is to come clean despite knowing Charity will likely turn her back on him forever (and probably make it so that he can never have children with anyone else).

This noble idea is swiftly wiped from his mind when Charity comes over all amorous and leads him upstairs. Affair? What affair? He buries his guilt further by surprising a delighted Charity with a trip to Ibiza.

Charity is over the moon with the huge gesture and excitedly begins packing and preparing for the trip – as far as she is concerned her relationship is back on track. But just as her excitement hits giddy levels, Mack receives a call.

He seethes down the phone that the person at the other end had better leave him alone or else. Could there be some blackmail in Mack’s future?

Or did he really take Charity’s words too seriously and has got someone else pregnant?