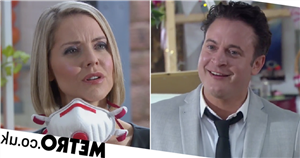 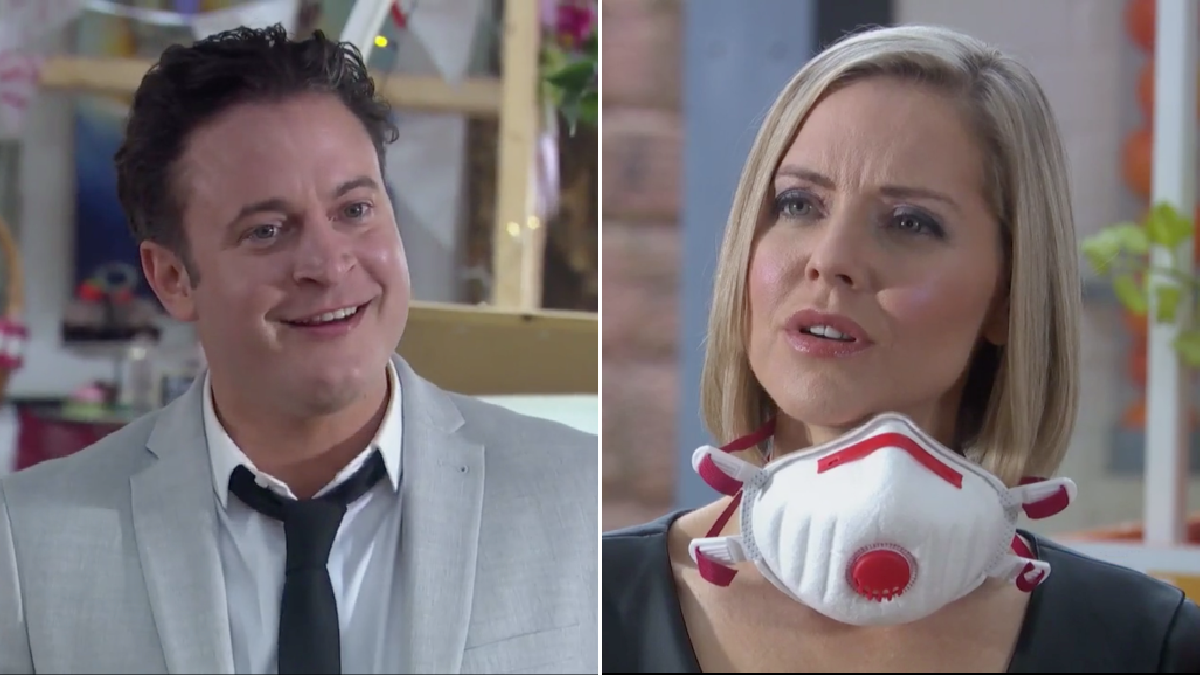 Luke Morgan (Gary Lucy) left Cindy Cunningham (Stephanie Waring) utterly speechless in Hollyoaks when, seconds after she said yes to his proposal, he suggested that they get married tomorrow.

The impromptu proposal came about following conversation Luke had with sister Zara (Kelly Condron), who made a surprise return to the village earlier this week in time for their mum Sue’s (Marian McLoughlin) funeral.

Luke had forgot to notify Zara about the arrangements for the service, which worried Cindy. That, coupled with his bizarre behaviour on the day of the funeral, left her certain that his dementia was getting worse.

‘Your doctor said that you could display erratic behaviour!’, she told him.

Luke, however, failed to see a problem, reminding Cindy that he’s simply grieving the loss of his mum, and struggling to come to terms with being unable to get in touch with Ollie (Gabriel Clark).

After the funeral, Luke and Zara made amends, as they reminisced about days gone by. Their trip down memory lane, however, ended up inspiring Luke, as he decided there and then that he was going to propose to Cindy!

Locating the love of his life in the market, he got down on one knee!

‘Me and Zara were talking about family,’ he said, ‘and I suddenly thought to myself, we’re running out of time!

‘And then I thought, why haven’t I sealed the deal with the woman I’m crazy in love with?’

Using his mum’s ring, he asked Cindy to marry him, and after a moment of deliberation, Cindy smiled, accepting his offer of marriage!

Things, however, took quite the turn, as Luke then suggested that they get married tomorrow!