When Lucifer Morningstar (played by Tom Ellis) returns to Netflix for part two of season five, viewers will be treated to a musical extravaganza. Show runners Ildy Modrovich and Joe Henderson teased the special episode at a DC FanDome Lucifer panel as they revealed a sneak-peak of the instalment titled Bloody Celestial Karaoke Jam.

Lucifer and Chloe appear on the scene of a football field following the suspicious death of a referee.

“Do you want to catch Lucifer up?” Chloe asks Ella.

“Yeah sure,” Ella replies. “So it was the fourth quarter, it had just hit the two-minute warning. 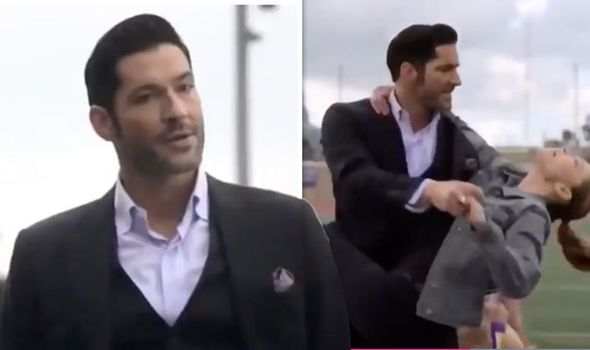 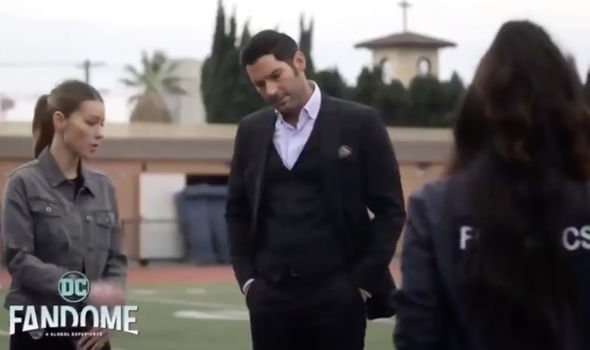 “Cathedral Highs down by three but they’ve got possession…”

Cutting Ella off, Chloe says: “Do you want to skip to the [murder]?”

“Everybody thought he’d died of a heart attack but Ella figured out he was murdered,” Chloe explains. 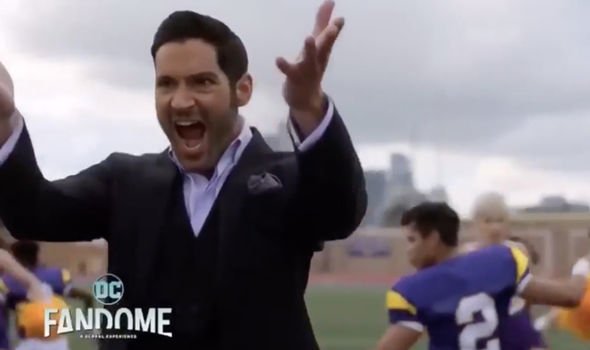 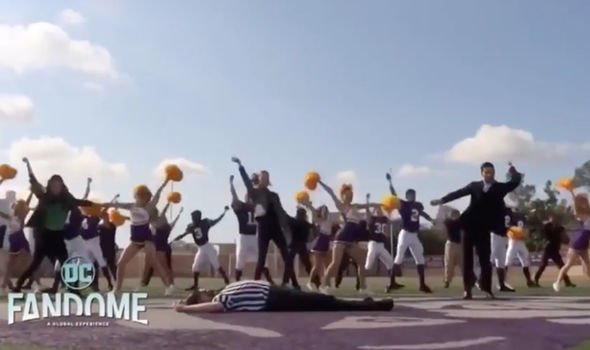 “Someone wet his whistle with poison,” Ella reveals.

Making light of the tragedy, Lucifer quips: “That blows.”

“Nice,” Ella remarks. “What are you gonna do though, right? Another one bites the dust.”

The Queen classic hit begins to play as Ella and the LAPD officers start dancing.

“Miss Lopez, are you alright?” questions Lucifer. “What on earth is happening?”

Ella and Dan begin to sing while a high school marching band and cheer squad join the ensemble.

Eventually, Lucifer himself succumbs to the music and even the dead referee ends up joining in.

Can’t see this Brexit poll? Click here to open in your browser

“In my heart, it began to blossom after the Vegas episode [in season 2], when Tom and Aimee did ‘Luck Be a Lady.’

“I remember coming into rehearsal for that and crying because it was such a dream come true and it was so exciting to me. If there’s any show you could do a musical on, it’s this one.”

“To me, in these musical episodes you’ve got to have the story-based reason that everyone breaks into song,” Joe added.

“Our show has people breaking into song all the time, but it’s because they’re at Lux or reasons like that. So, one of the challenges was, ‘What element could we introduce that is organic to our story that allows all of our cast to burst into song?’ And when we found that… that’s when it came together.”

Lucifer Season 5, Part 1 is available to stream on Netflix.