With an avalanche of LGBTQ+ content releasing every month, the days of squinting for a glimpse of queer representation seem to be safely behind us. But quantity does not always guarantee quality, especially when it comes to stories about marginalized identities. When 20th Century Fox released “Love, Simon” in 2018, it was the first studio movie to feature a gay teen coming out story. Though it was cheesy as hell, the comedy warmed the hearts of queer audiences of all ages, most of whom had never seen a reflection of their young selves in a big-screen movie with A-list stars.

The movie did surprisingly well at the box office, earning $66 million worldwide to become the 15th highest-grossing teen romance since 1980. Clearly, LGBTQ+ audiences were hungry (or thirsty, as the case may be). Wisely capitalizing on its success, 20th Television temaed up with “Love, Simon” screenwriters Isaac Aptaker and Elizabeth Berger to create “Love, Victor,” which expanded the “Love, Simon” universe to pass the baton to Latinx teen Victor Salazar (Michael Cimino). The first season, released on Hulu last June, was a hit with audiences and critics alike (including this one).

In its second season, “Love, Victor” delivers more of the charming, quirky characters and tender teen romances that gave it such a strong start. Season 2 opens with Victor coming out to his parents and school after a blissful summer of first love with teen hearthrob Benji (George Sear). Flipping the usual trope, it is Victor’s mother Isabella (Ana Ortiz of “Ugly Betty” fame) who is slower to accept him than his befuddled but well-meaning dad Armando (James Martinez). In the wake of their separation, Armando starts attending PFLAG meetings, while Isa finds little support from the family priest. 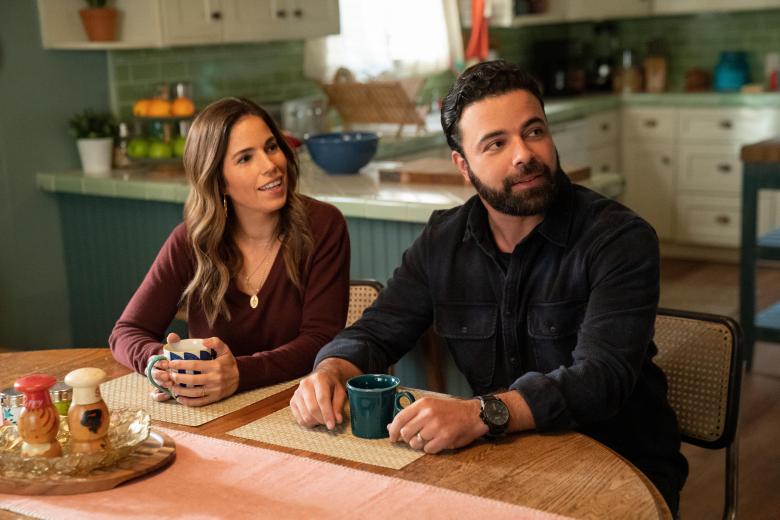 Even though a savvy viewer can see the narrative beats coming miles away, that doesn’t diminish the enjoyment of living in this bubble gum high school world. Neither does the show avoid heavier topics, but one can rest easy knowing everything will turn out all right in the end. Previously relegated to comedic relief, Victor’s eccentric best friend Felix (Anthony Turpel) must deal with a mentally ill mother (“Breaking Bad” star Betsy Brandt), with the support of his status-obsessed girlfriend Lake (Bebe Wood). Amidst the tension with his own mother, it’s sweet when Victor is able to appreciate Isa’s good qualities seeing her wrap Felix in a bear hug.

While “Love, Victor” is no “Euphoria” or even “Sex Education,” this season doesn’t shy away from discussing (and showing glimpses of) sex. Though it remains decidedly PG-13, after overcoming first-timer anxiety, Victor does eventually get his. More importantly, there’s no straight sex to balance it out, though the straight drama remains. Victor’s ex-girlfriend Mia (Rachel Hilson) is still around in a friend capacity, though her place in the narrative feels increasingly tenuous. Though they both have moments of positive allyship, it’s hard to care about her new relationship with Andrew (Mason Gooding). With Lake and Felix and Isa and Armando, it’s one straight couple too many.

The action picks up with the midseason introduction of Rahim (Anthony Kevyan), an Iranian American from a Muslim family who seeks out Victor’s advice on coming out. Stepping into the mentor role previously filled by Simon (producer Nick Robinson, mostly a voiceover presence), Victor is able to witness his progress through fresh (and admiring) eyes. As the two develop a friendship, they bond over sharing more traditional families, and feeling misunderstood by their white friends. Stylish, witty, and a diehard J-Lo fan, Rahim is the most conventionally gay character on the show. He’s a very welcome addition, and not a moment too soon. 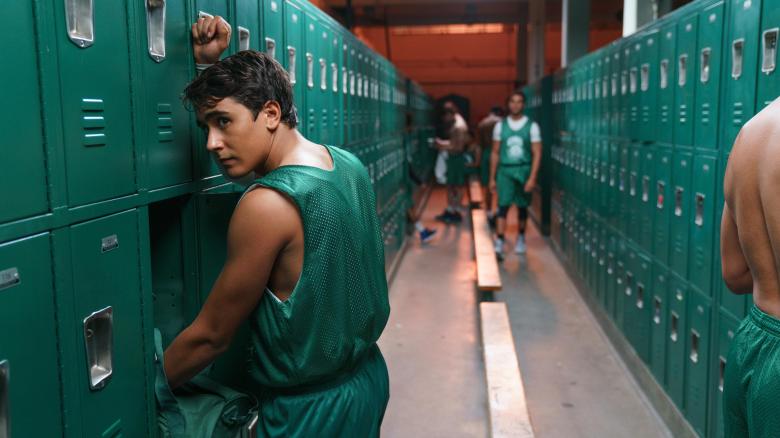 Race is mostly an unspoken presence in “Love, Victor,” though the main cast includes many non-white actors. It’s most pointed during one of Benji and Victor’s many lovers’ quarrels. Fed up with Benji’s impatience with his mom, Victor says he wouldn’t understand because of his “liberal white parents.” The tide suddenly turns for Benji when he asks, “What does me being white have to do with anything?”

The final episode ends with Victor forced to make a fateful choice, the result of which won’t be revealed until next season. If the growth in the show (and Victor) continues on the positive trajectory mapped out by Season 2, hopefully Victor makes the right choice. Like its charming protagonist, “Love, Victor” is all grown up.