LOVE Island winners Millie Court and Liam Reardon have been spotted posing naked in bed as they enjoyed a "lazy morning".

The couple, who have recently been looking to move in together after leaving the ITV2 villa, snuggled up until mid-morning. 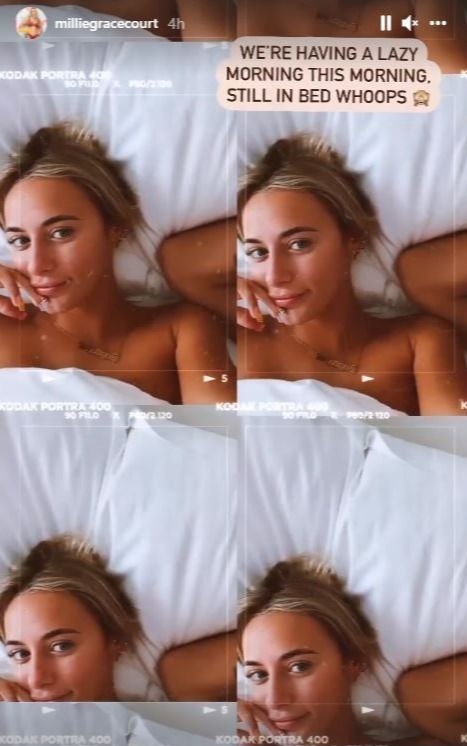 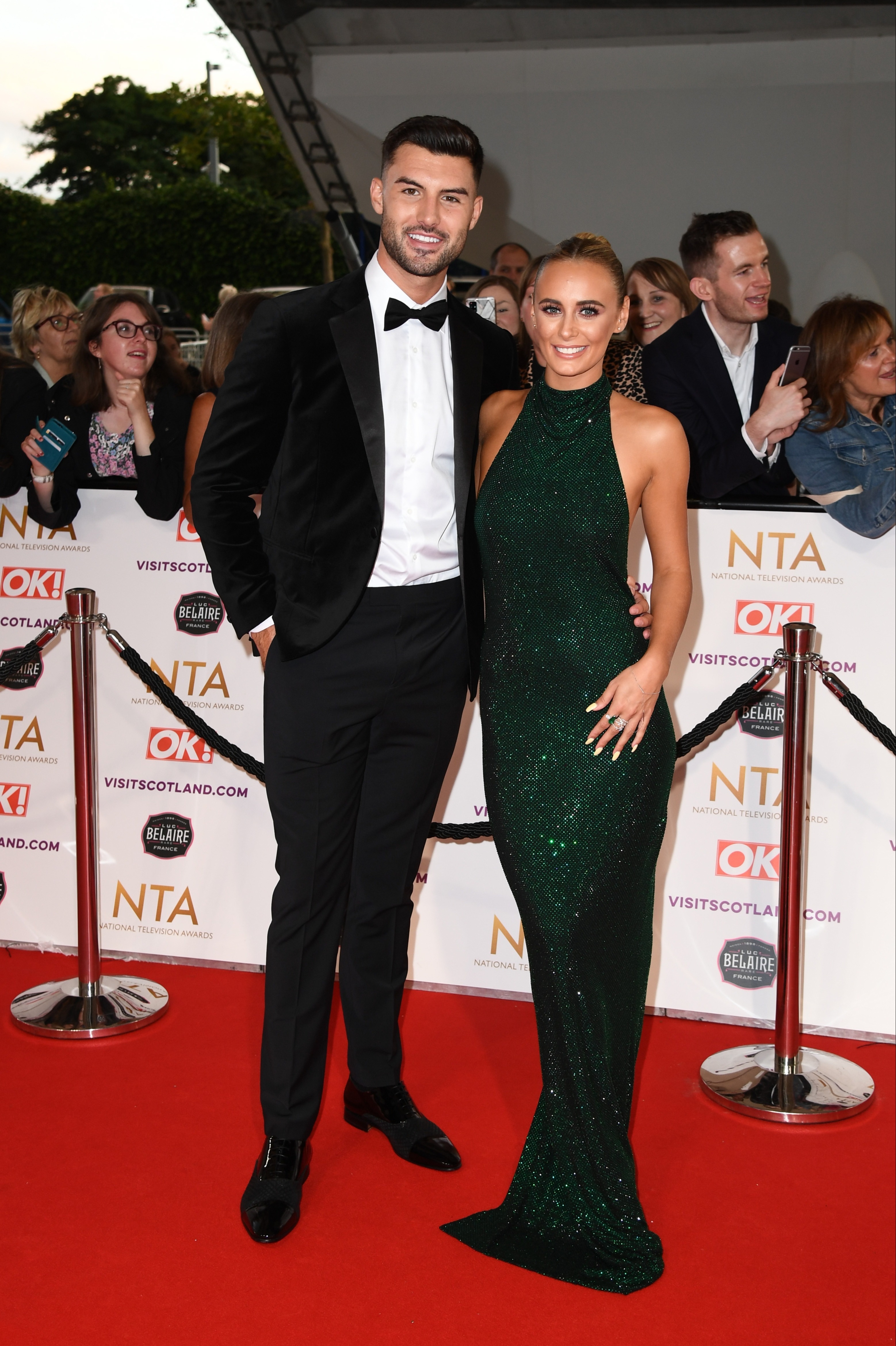 Millie, 24, took to her Instagram stories to show the pair having a "lazy day" together as they both lay naked in bed under a plush duvet.

The star smiled for the camera, going without make-up and her blonde locks neatly tied back, as beau Liam, 22, could be seen next to her.

Millie wore nothing except from a gold necklace as she ensured the bedding covered her assets as she told fans they were "still in bed".

"We're having a lazy morning this morning, still in bed whoops," she wrote to her 1.8million social media followers.

It comes days after stars Liam and Millie enjoyed a boozy pamper night with face masks after their relationship U-turn.

The loved-up couple grinned with their face masks on – as it was revealed they were taking their relationship to the next level and moving in together.

Millie beamed as she showed off her chocolate face-mask while sitting alongside Liam who was topless in the shot.

The star showed off her toned figure in a white crop top as she clutched a glass of wine.

Former bricklayer Liam even got in on the action and had the mask applied to his forehead and under his eyes while sipping a beer.

The couple appear to be going from strength to strength as they announced to their fans that they were in the process of looking for a flat.

Taking to his Instagram stories, Liam announced that he and his girlfriend had been looking at apartments as they planned to move this month.

The former bricklayer teased his following as he joked the pair were going out on another hike as they got up early in the morning for a viewing.

"We looked at two apartments today and we are looking at two more tomorrow and have a better idea of what we are going with," he said.

"Exciting times ahead!" he joyfully added, as Millie chimed in from the passenger seat of Liam's car: "So exciting!"

The decision marks a major U-turn for Welshman Liam, who insisted that the pair wouldn't live together for at least six months after the dating show.

During his Love Island exit interview, he revealed that he had plans to move to Essex in the future – but that there was no rush. 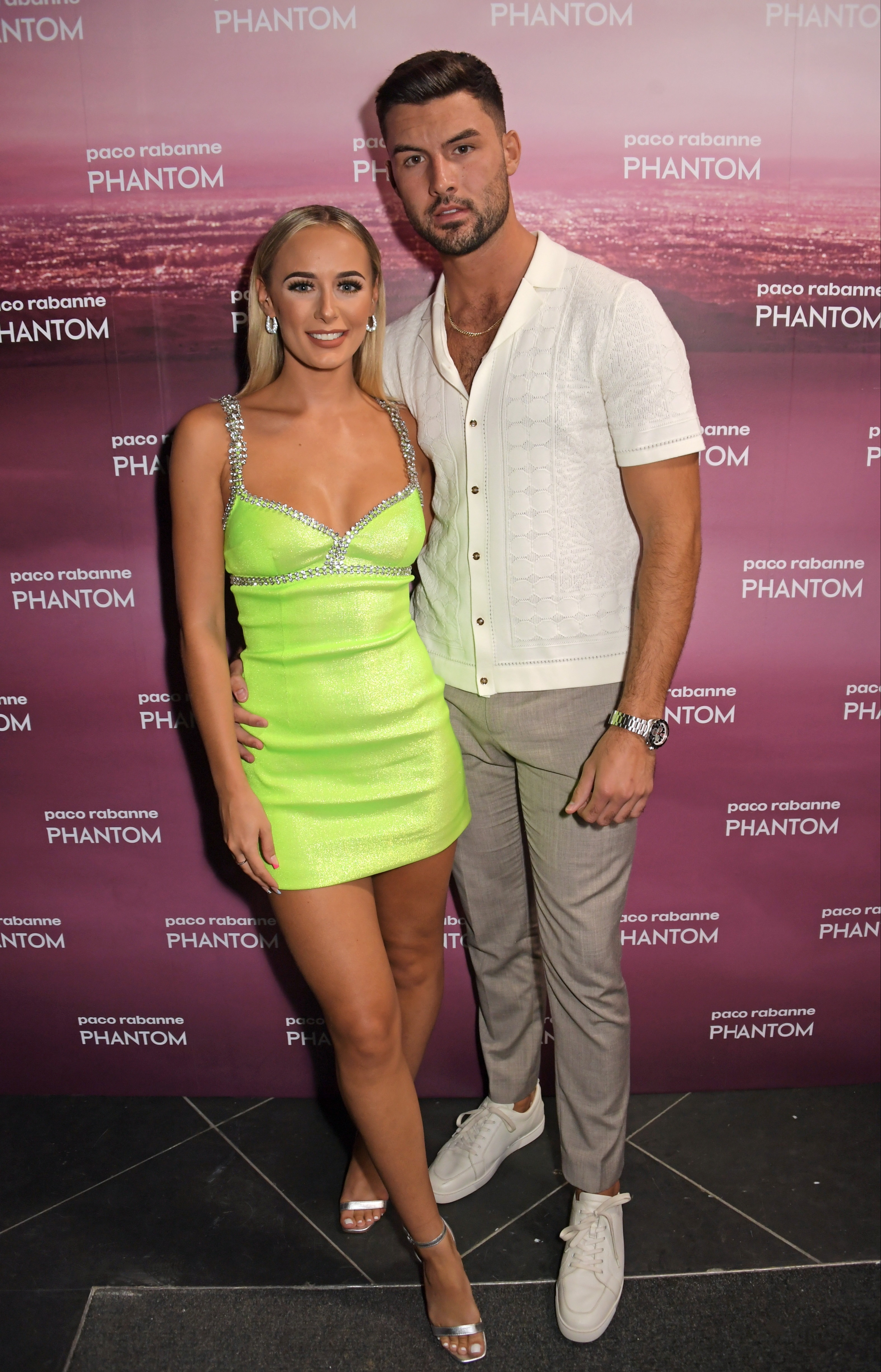