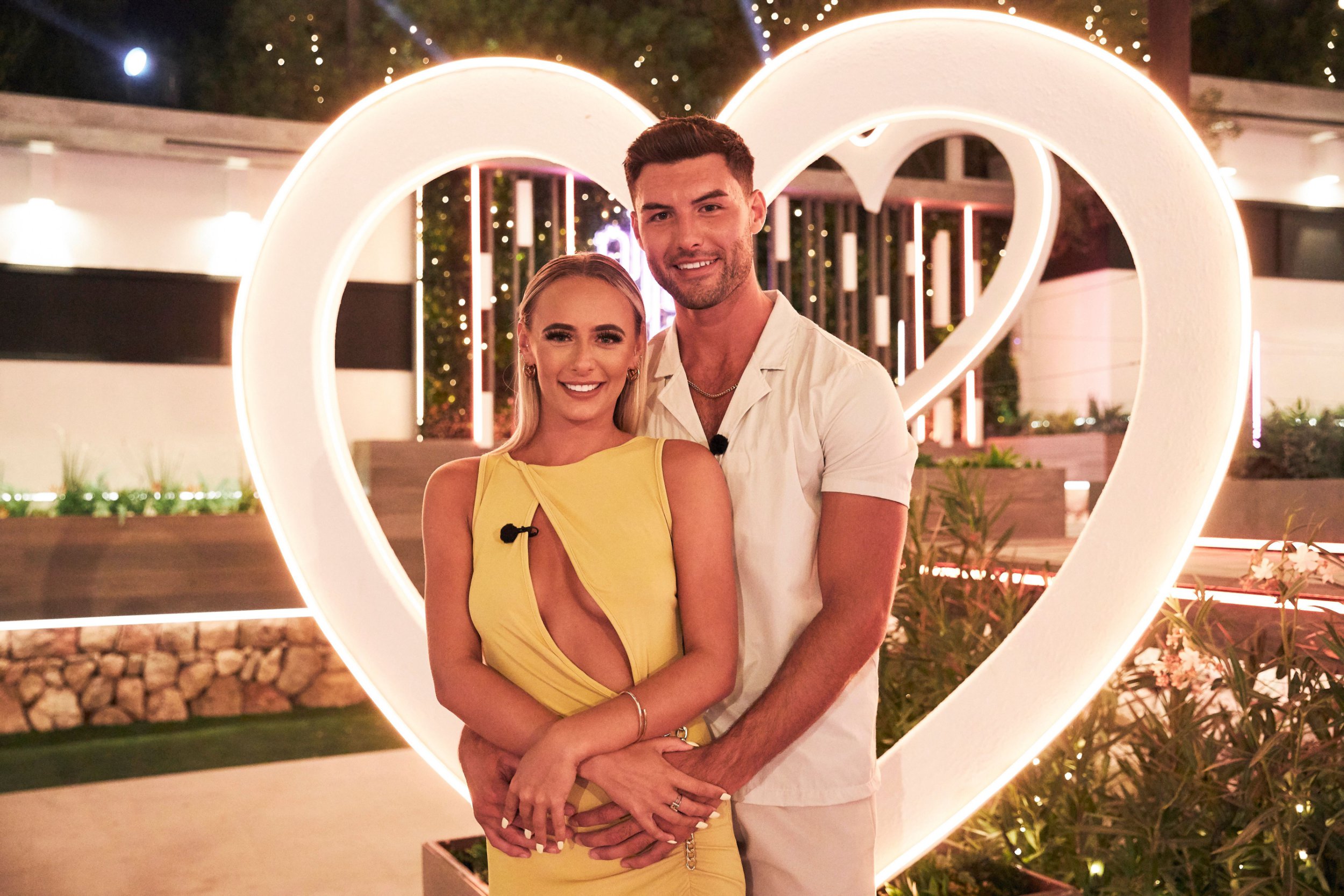 The voting figures for the Love Island 2021 final have been announced – with Liam Reardon and Millie Court the clear winners.

The couple were handed the £50,000 prize on Monday night and decided to split the jackpot.

They beat out some stiff competition throughout the series from fellow finalists Chloe Burrows and Toby Aromolaran, Faye Winter and Teddy Soares, and Kaz Kamwi and Tyler Cruickshank.

However, while some fans were a little divided by the result, it turns out it wasn’t that close.

In fact, Millie and Liam racked up more than 40% of the final vote, way more than any other couple.

Figures released by ITV showed that the winners obtained 42.02%, as runners-up Chloe and Toby got 30.85%.

Faye and Teddy narrowly made it into third place with 14.85%, with Kaz and Tyler within touching distance at 12.27%.

Despite only making their romance official during the final, the winners – dubbed Milliam – have already discussed taking the next step and moving in together soon.

‘I love where I’m from but I would like to venture off and move to somewhere new and Essex seems like the perfect place really,’ Liam said.

‘I know some of the boys who were in the villa we got on so well and they mentioned moving in together and they’d like to move to Essex so that’s something I would definitely be considering and that’s my plan really, moving to Essex.

Millie continued: ‘We haven’t been away from each other yet to miss each other and do those things that you do in normal relationships.

‘The one thing I want to make sure is that we still stay as strong as we are now.’

‘That’s exactly how I feel. I think six months then that’s the next step, we move in together,’ her beau agreed.

It’s looking good for the lovebirds, with a relationship expert predicting that they will go the distance on the outside world.

Love Island is available to watch on ITVHub now.