At the risk of jumbling up the senses, listening to Lizzy Caplan’s performance in “Fleishman is in Trouble” is like looking at a painting in a gallery. Consider the full frame or the individual details, and something else entirely gets unlocked wherever your attention goes.

As voiced by Caplan, Libby Epstein doesn’t announce herself right away. The emphasis at the FX/Hulu show’s start is on Toby Fleishman, Jesse Eisenberg’s functionally anxious liver specialist who sees his teetering home life crash to the ground. In the setup of the crumbling marriage of Toby and ex-wife Rachel (Clare Danes), it’s Libby giving the backstory and the psychological insight and the windows into distant memories. Even in the most basic of overviews, Caplan’s performance is planting clues for what’s to come, when we eventually get to see the person behind the voice.

As the person who gave life to Libby, first in her 2019 novel of the same name and now as the writer of the TV “Fleishman,” Taffy Brodesser-Akner knew how hard that trick would be to pull off.

“The challenge she had was a complete mindfuck, if I may. When you see her on screen, she is experiencing everything at once. And when she’s doing the voiceover, it is a voiceover of somebody who is telling the story from beginning to end and knows how it ends,” Brodesser-Akner said. “She brought so much beauty and fullness and ennui to the voiceover. And she made it funnier than I wrote it.”

There’s that functional reason that Libby is the one relaying this story, one that’s central to the book. In adapting her own work for the screen, Brodesser-Akner felt like the show would be inert without that same viewpoint. Over the course of production, Brodesser-Akner said that parts of the narration got whittled away bit by bit, but there really was never a situation where Caplan wouldn’t be the audience’s guide on this journey through domestic uncertainty.

“The way narrative and narration changes how you feel about people, that’s the goal of the book. And there was no way to do it without also having that voice. Other than that, it’s just the story of this guy who gets divorced. So we were always rooting for the voiceover,” Brodesser-Akner said. 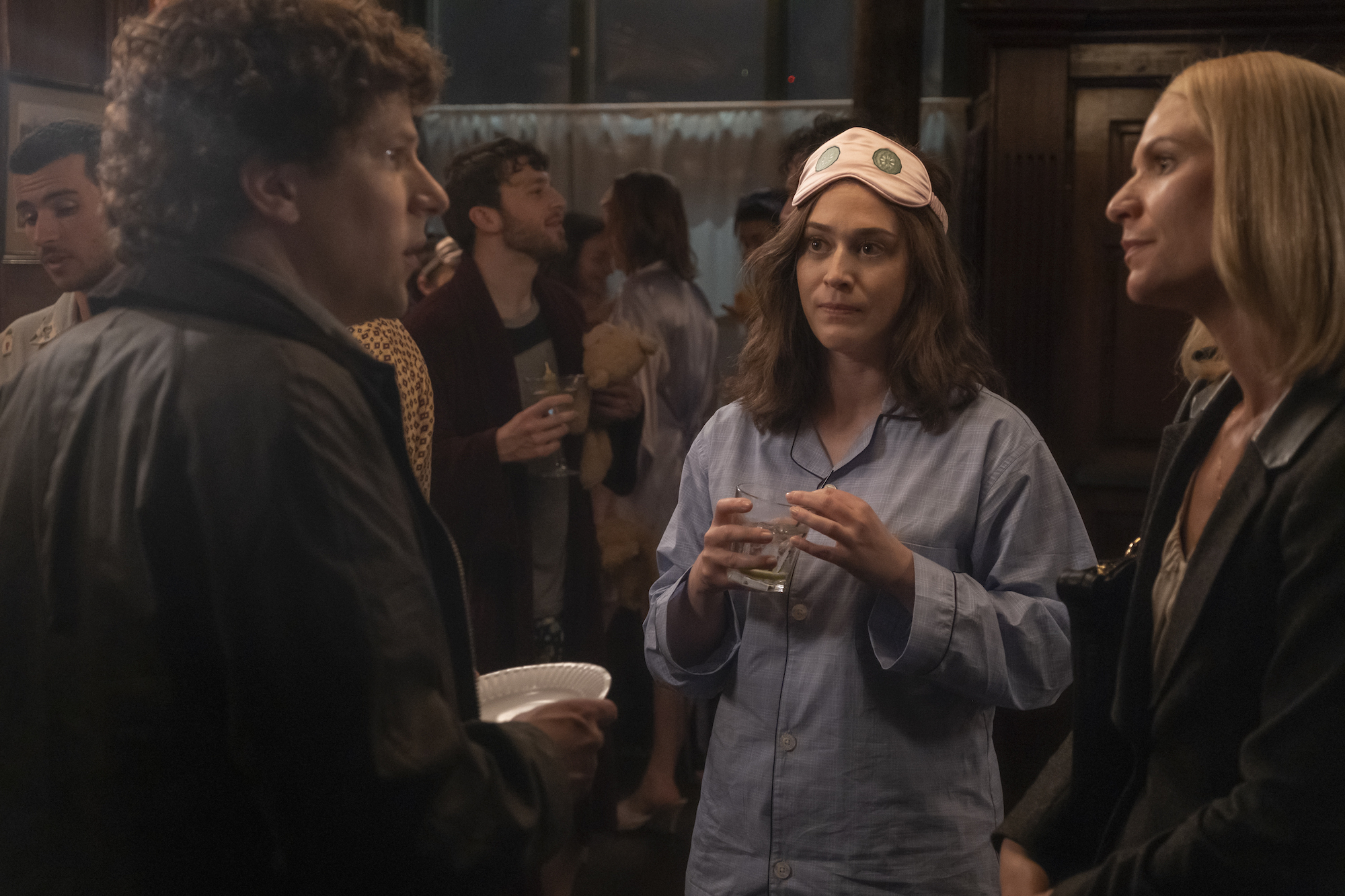 “Fleishman is in Trouble”

Making that voiceover work for the purposes of this show meant having a clear understanding of how it was used. Part of the reason that Caplan’s performance doesn’t feel like a novelty is that it’s more than merely functional. It chooses the ideal moments to draw attention to itself. Yet, as already established, Libby always has more info about the future than an uninitiated viewer will.  Brodesser-Akner had an idea of some self-imposed guidelines for how and when Libby would interact with what the audience is privy to.

Caplan’s take on certain situations — as with one scene when Libby is looking at herself in the mirror as she works her way into a bathing suit — was so good it made them reconsider some of them.

“Someone at some point said, ‘This is breaking one of the rules we’ve set up for ourselves. It needs to be clear that she’s telling a story from the future of this moment.’ I maintained that it is so hard to get into a tankini, that moment would break through,” Brodesser-Akner said. “The way she’s able to be funny without being broad, the way she feels real in every moment is really astounding to me. You have to also remember that as she’s doing that, she’s sitting alone in a sound booth. She’s not putting on a tankini and she really brings you into the moment.”

Hearing Libby move from a clinical outlining of Toby’s dating app exploits to a warmer, more careful consideration of him as a father to sharing in the anger of someone scorned is all part of the “Fleishman” tapestry. And it doesn’t feel manufactured or compensating for something else that isn’t already there.

What’s wilder about all this is that Caplan got what the show was going for in a place nowhere near set. The final version of the performance is essentially a recreation of her rough draft.

“Lizzy recorded a scratch track in her apartment so that if we needed to play it to time something or an actor in a scene could know what to be reacting to while the voiceover was going. Later, we recorded it completely professionally, like you’re supposed to, and we found so often that the scratch track, the wildest version of the voiceover, was very often the best version,” Brodesser-Akner said. “She just started going back to playing it with nothing to lose. That’s when it was at its most delightful. And that’s what we chose to keep.” 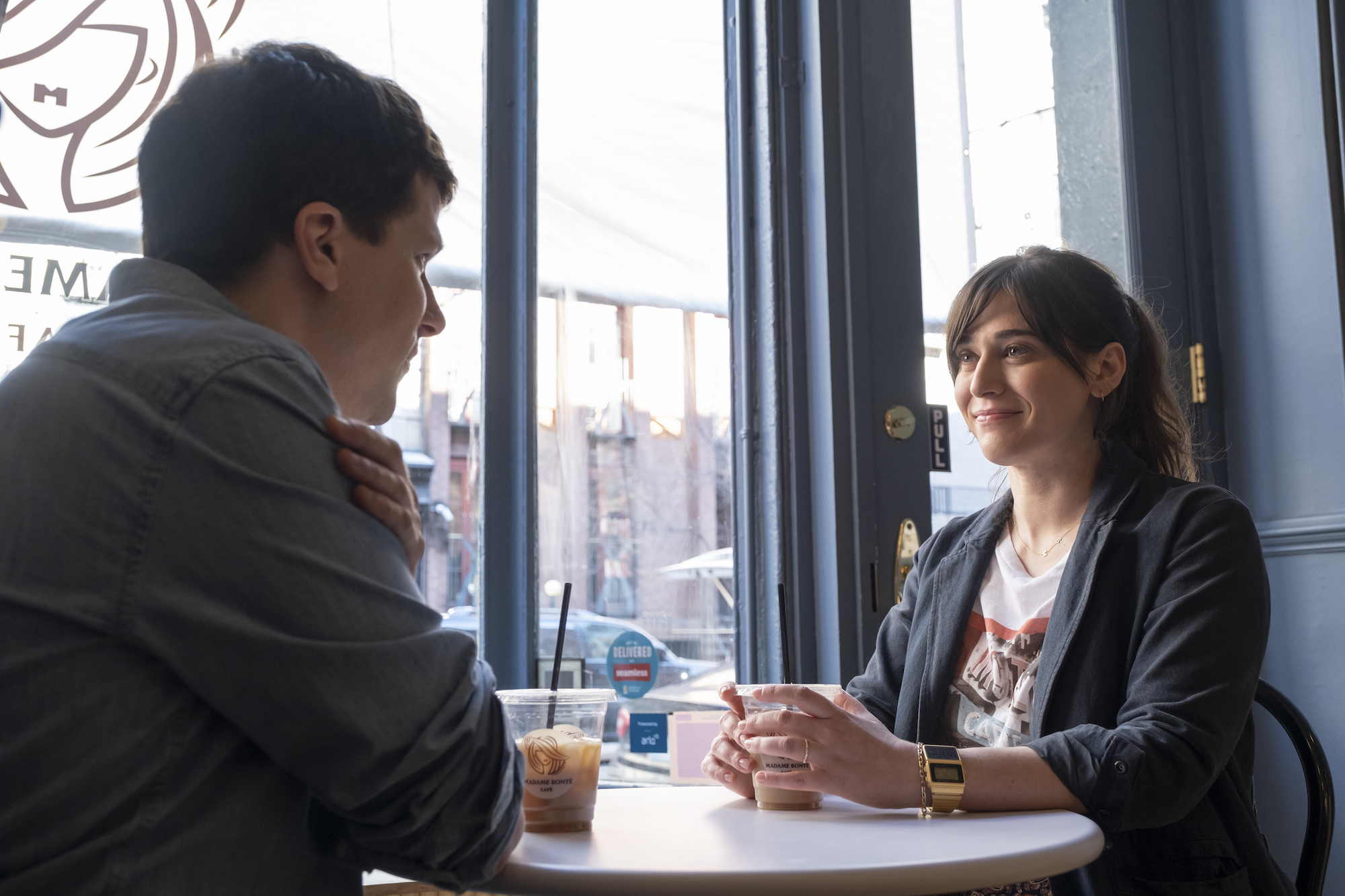 “Fleishman is in Trouble”

On a technical level, Caplan has some natural advantages for this kind of performance. Some of these narration chunks are dense on the page and are long enough that they’d be in danger of dragging without a certain quickness. Caplan brings a breeziness and clarity to those sections without anything getting lost in the process.

Brodesser-Akner said that, intuitively and professionally, Caplan had a grasp on the character that extended to when Libby is on screen, too. It was the part of the experience that gave Brodesser-Akner added perspective on her own pre-TV career.

“She just has this emotional intelligence and this empathy. That is, that was astounding to me that she understood this character. It’s a character based on me. This was so personal. And she did a better job at it than I felt I could have, of just talking and saying things that I said,” Brodesser-Akner said. “She understood it. I wish that when I was writing celebrity profiles, I’d understood more of the skill that actors bring to a project. I wish I’d thought to ask about that more.”

Above all, Caplan just knows how to be funny. That extra frisson on the name “Sam Rothberg” is exactly what one episode-closing scene needs to add an extra belly laugh while Toby’s stomach is sinking. “Fleishman is in Trouble” requires both, especially when you’re in the unique position of doing quality control on your own writing.

“Fleishman is in Trouble” is available to stream on Hulu. New episodes are available every Thursday until December 29.