Taking to Twitter, Martin Compston, who plays DS Steve Arnott in Line of Duty, shared a hilarious clip of him while he was filming for series six. In the short video, Martin, who was sat in a police car, can be heard asking BBC bosses to wait “two seconds” while he watched Scotland win the game.

“Will two seconds,” Martin barked at the director in the video.

“Please two seconds,” he continued as he intensely watched the game while stood beside the car.

As producers tried to get his attention, Martin can be seen putting his hand up as an indication for them to wait.

The next moment, the Line of Duty star can be seen running around screaming “Yeahhhhhhh” as Scotland scored the penalty. 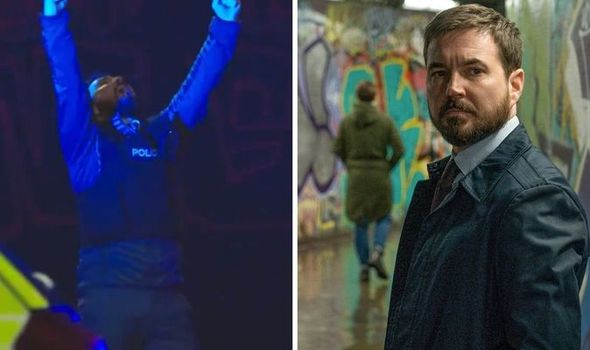 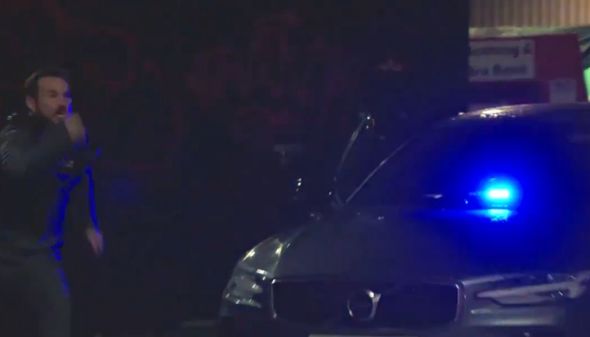 “Yesssss, f**k yes,” Martin added as he composed himself and got back in the car to resume filming.

“With an ep 2 epaulettes spoiler out the way, I can reveal what happens when you’re in the middle of raiding bent coppers,” Martin captioned the clip.

“But @ScotlandNT are in a penalty shoot-out to end 20 years of heartache. 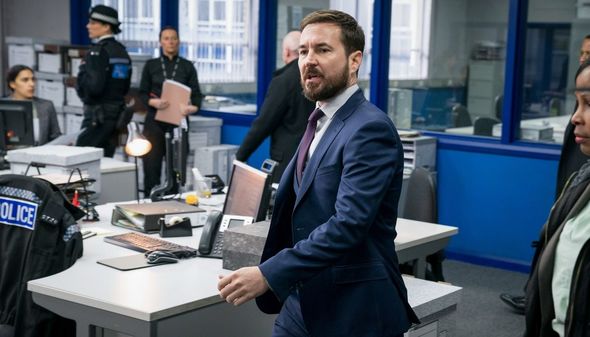 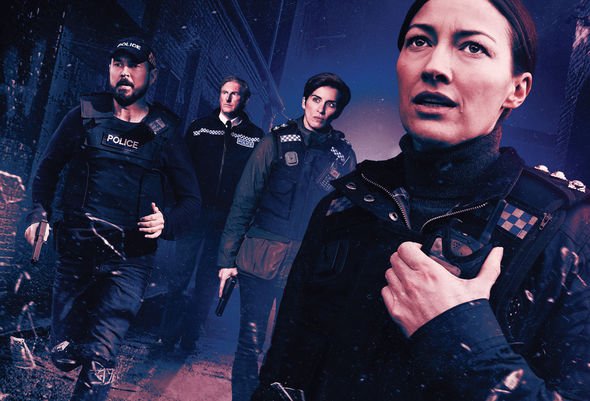 Line of Duty fans rushed to comment on the clip, with many praising Martin for his hilarious reaction.

“I genuinely could not love you any more in this clip,” one tweeted.

A third added: “I love this! I love that you started as Steve and in the end, it was pure Scottish.”

“All over the world, millions of Scots had the very same reaction at the very same time What a moment in time Love it Martin,” a fourth said.

The moment in question which derailed Line of Duty filming was as Scotland secured a place in Euro 2020, marking their first appearance at a major tournament for two decades.

Season six of Line of Duty made its return last week and viewers were excited to see the arrival of new character DCI Joanne Davidson (played by Kelly Macdonald) who led the murder squad.

However, after the hour-long episode, fans had so many questions that they needed answering, like, why did DI Kate Fleming (Vicky McClure) leave AC-12?

Other fans had come up with a number of theories about the new series, and according to Martin some of the theories were right.

In an interview with Dermot O’Leary, the actor warned fans that they need to watch the show closely so that they don’t miss out on any clues.

“For every wild one – there’s about 50 way off – some people are bang on the money,” Martin told Dermot O’Leary on his BBC Radio Two show.

“One of my favourite things is, obviously, we can’t comment or like them, but we always get sent theories.

“You’ve got to pay attention, you can’t be on your phone,” he added.

One theory that viewers have come up with is that newcomer DI Joanne Davidson could be linked to ‘H’.

Others have theorised that the new police officer has links to undercover copper John Corbett (Stephen Graham).

Line of Duty returns on Sunday at 9pm on BBC One.