Adrian, 62, is best known for playing Superintendent Ted Hastings on Line of Duty, a character who was accused of being H during season five of the BBC cop drama. However, his innocence prevailed when AC-12 discovered that H was actually a group of corrupt, senior ranking police officers who were involved in organised crime. There is still one member of the notorious gang whose identity remains anonymous but showrunner Jed, 55, has been known to drop clues within individual seasons that ultimately link to one another. Speaking ahead of the season six premiere this Sunday, actor Adrian explained one of the biggest secrets of all might not be that secret.

Appearing on Thursday’s edition of BBC Breakfast, Adrian said: “I think you’ve got to go back and have a look at how Jed Mercurio writes the piece.

“The left field quality, the kind of head-turning, page-turning quality of where these bad guys come from.

“But there are clues looking back over the series if you want to find them,” he explained but he did not directly hint at the identity of the final H member.

However, with the build-up to season six centred around the corrupt organisation, it is likely this is what the actor could have been hinting towards.

He added: “And I know a lot of our people who are really clued up and the fans do notice things that are happening, the very subtle things Jed puts in that points you in the right direction.” 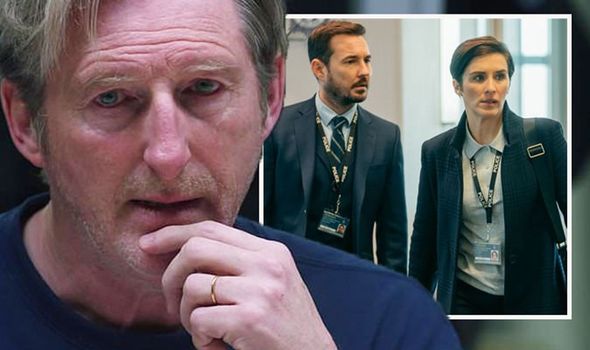 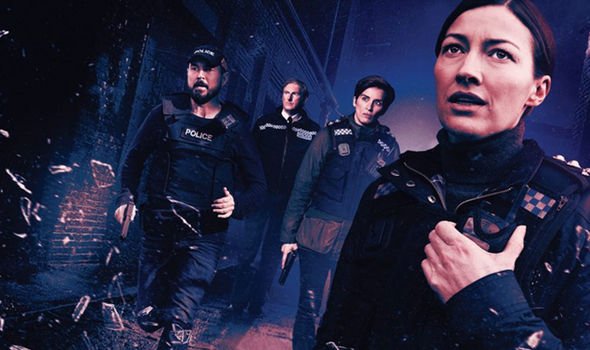 “But usually, it’s not the area he’s pointing you to. It’s not normally [the direction] where you think, ‘Obviously it’s got to be this person’,” Adrian continued.

So with this in mind, could all the signs that the final member of H is either Hastings, Kate Fleming (played by Vicky McClure) or Steve Arnott (Martin Compston) be a big red-herring?

And do clues from the previous season suggest another long-standing character is actually the final piece of the puzzle? 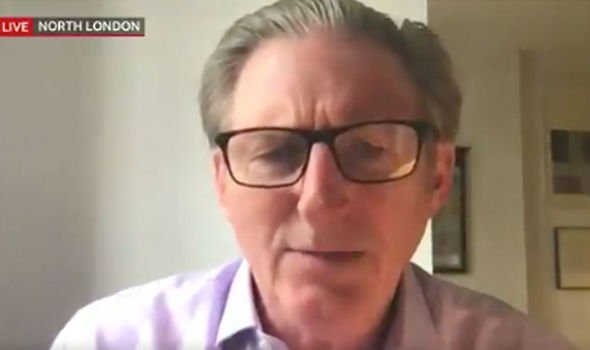 There are clues looking back over the series

Senior Legal Counsel Gill Biggeloe (Polly Walker) was revealed to be the third member during the explosive season five finale.

The latter had tried to pin Hastings as a member of the corrupt organisation but unfortunately for her, she wasn’t as smart as she thought.

There are still several potential characters it could be, including Detective Chief Superintendent Patricia Carmichael (Anna Maxwell Martin) who interrogated Hastings at the end of season five and DCI Ian Buckells (Nigel Boyle) who made his last appearance in season four.

Police and Crime Commissioner Rohan Sindwhani (Ace Bhatti) also seemed quite shifty at the end of season five, so could he be the final member of H.

Line of Duty: Martin Compston looks ahead to sixth season

Viewers will have to wait and see if season six brings a conclusion to the H narrative or if even more questions will be asked.

To film the latest season of the high-octane drama, the cast and crew formed several support bubbles as production carried on within the pandemic.

Speaking about working behind-the-scenes, Adrian said: “We did it as if Covid wasn’t happening and we found working practices that satisfy the insurers, really.

“If they adhere to the correct protocols then things will work out for them.”

“It was difficult. We had to stay in bubbles. Myself, Martin and Vicky had to stay in our own little bubble and worked with the various departments,” the actor continued.

“Masks, hand sanitising, tested twice a week, temperature tests every morning…the whole lot. We got through it but it was our boss and showrunner Jed Mercurio who was very strict about things.”

Fans can’t wait to see what season six has to offer, with one writing on Twitter: “Oooh yes new season of #LineofDuty coming soon! Great news.”

Another posted: “In the build-up to the new season of #LineOfDuty I have watched the previous seasons again and am ready for the ‘Who is H?’ Twitter season to start. I am convinced that it isn’t: Ted Hastings or Kate Fleming.”

Line of Duty returns Sunday at 9pm on BBC One.