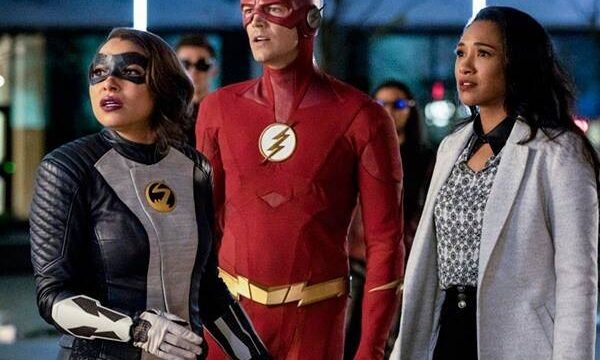 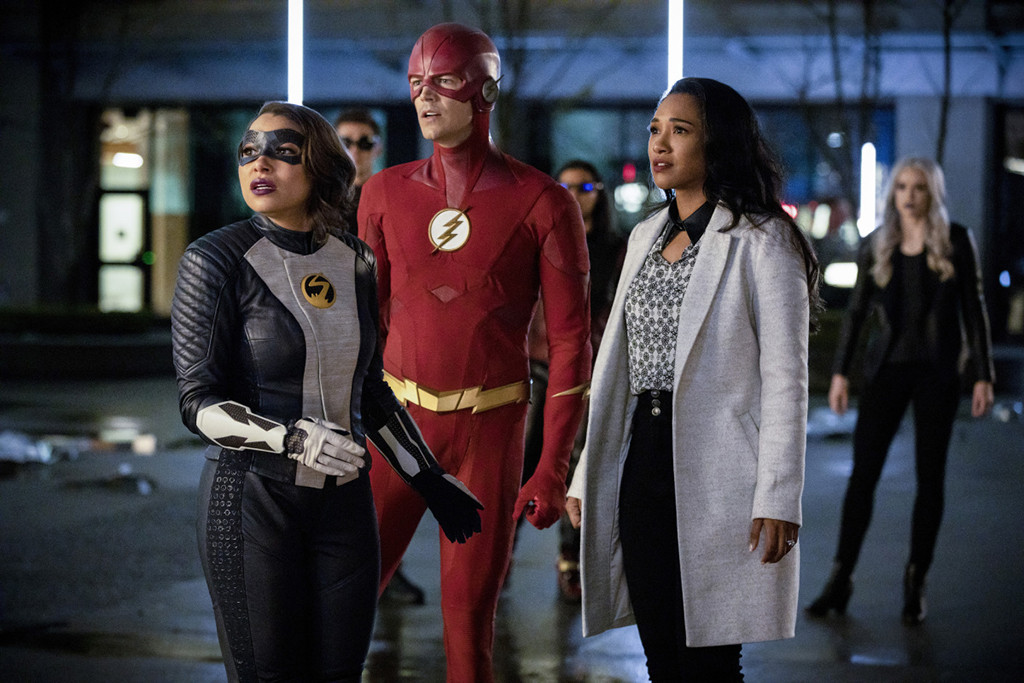 The Flash is about to face off against Eobard Thawne (Tom Cavanagh) once again, but this time, things are a little different.

Barry Allen (Grant Gustin) is now a little older, a little wiser, he’s got a cool wife, and he’s also got a daughter who’s almost the same age as him and from the future, and whose fault this whole Eobard Thawne thing is. All of this will make for a pretty compelling finale tonight as this little unconventional WestAllen family faces off against a future version of Barry’s greatest, most personal enemy, and it also raises some questions we can’t stop thinking about as Barry and Iris (Candice Patton) get closer and closer to their adult daughter from the future.

Namely, how the hell is all this knowing about the future not screwing up that future along the way?

We know that on The Flash, time tends to be pretty straightforward. Affect something in the past and it affects the future. See something happen in the future, and you can try to change it in the past. Remember when we saw Iris die in the future? Remember how they keep track of the future by checking on that one article Iris is going to write about Barry’s disappearance? Remember Flashpoint?! The future can be changed, and it doesn’t appear to be all that hard to do, especially on accident.

Anyway, now everyone on The Flash is messing with the future in a big way as Nora hasn’t been all that careful about sharing what’s up in the future, and her presence in general seems extremely dangerous. Couldn’t she really easily Back to the Future herself and erase her own existence? Or has it just always been a fact that she went back to the past, so the Future Iris who hides Nora’s powers from her does it because she knows she has to, and has always known exactly what her daughter is up to?

Honestly, can Barry and Iris ever live their (admittedly already abnormal) lives normally ever again after knowing so much about their future? 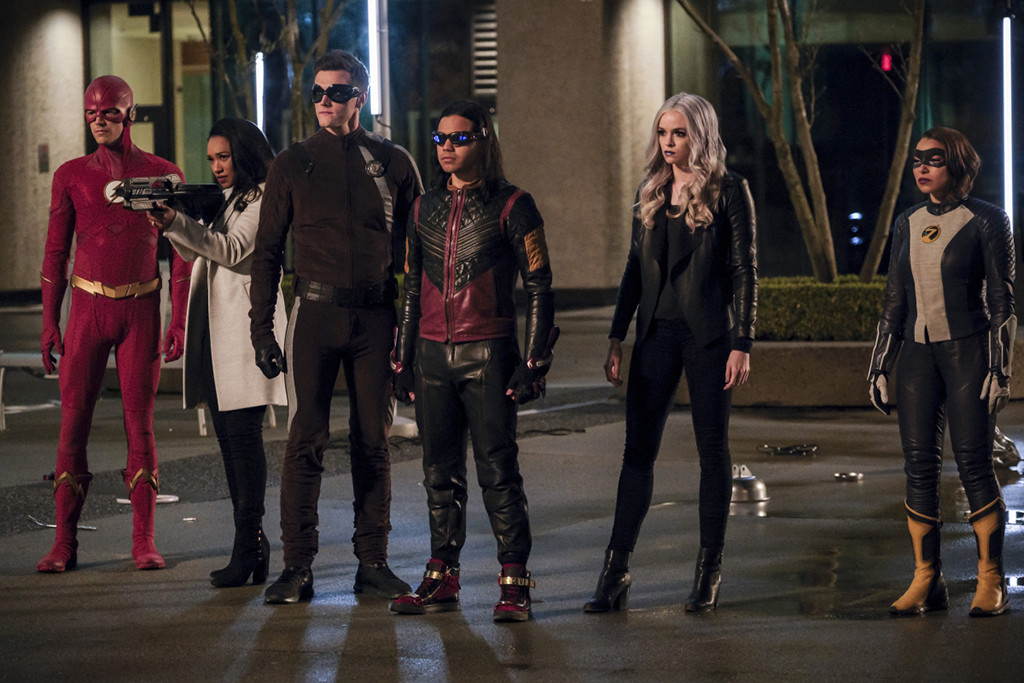 The show has not forgotten about this question, and EP Todd Helbing says tonight’s finale and beyond will address it.

“We speak to that in the episode, and it sort of plays into next season,” Helbing teases to E! News, confirming that the finale will do a bit of setting up for next season. “But you know, their whole life, like Barry says in the first episode, things always happen to him out of order, so there’s constantly this chess game [that he’s playing]. So yeah, it’s a big thing in the finale.”

Barry and Iris have clearly grown pretty attached to their future daughter, and when Barry got mad and sent Nora back to the future (where she belongs), Iris got mad and was determined to bring her “home,” despite the fact that 2019 is not, in any way, Nora’s home. And in a lot of ways, she’s not even really the daughter of our Barry and Iris, but they’re her parents anyway.

“Initially just the idea that you meet your daughter, your child from the future, basically the same age as you, was such an interesting idea for us, and the sort of immediate bonds that you form and the feelings that you have. When she showed up, it was sort of like their version of a weird out of order birth. It’s like the connection that you feel for your child when they’re born, so we just wanted to run Barry and Iris and Nora through all the emotions and the hurdles that you have as parents in this season. And some things go well and some things go not so well, and the trials and tribulations of raising a child and getting to know them in this heightened reality.”

Some things have really, really not gone well. Nora’s arrival has also brought Eobard Thawne back into the equation, years after Barry thought he had defeated him and sent him to prison forever. Eobard used Nora’s complicated relationship with her parents to manipulate her, and now, to defeat the present threat of Cicada 2 (who’s actually also a threat from the future), they would be helping the future Thawne become a threat once again, and vice versa. 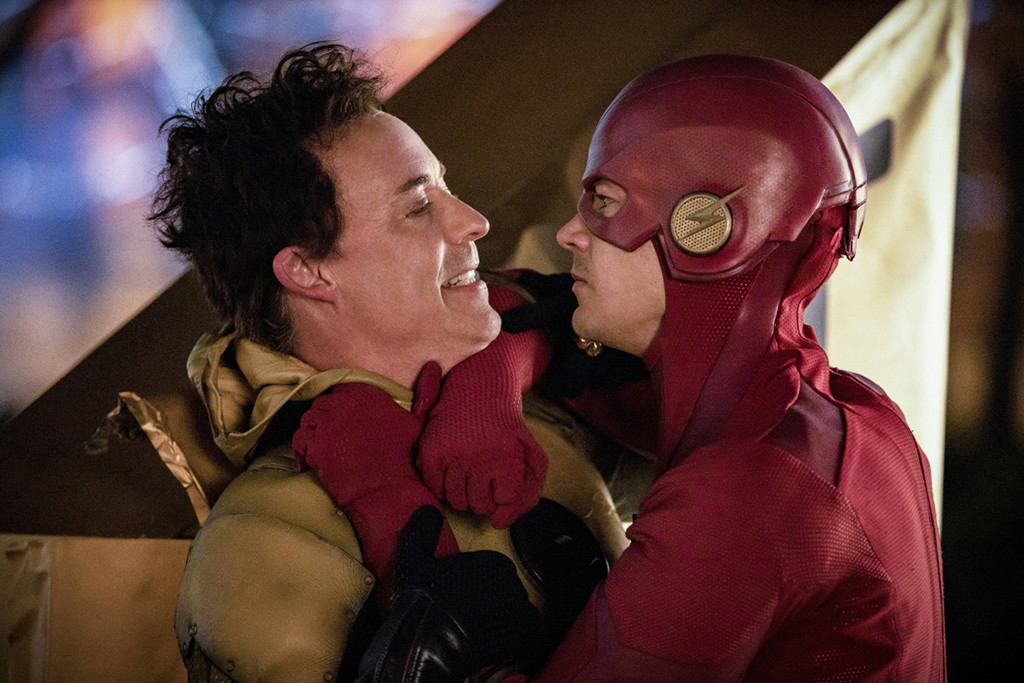 “The only way to stop Cicada is to destroy the dagger. If they do that, Thawne in the future is going to go free,” Helbing reminds us. “Barry is the hero, right? He’s always gonna protect people over doing something for himself, but it sort of puts the pressure on Nora that she’s responsible for all of it. And so there’s a huge part of the story about how she deals with it and tries to correct her mistakes.”

Barry Allen is very, very familiar with making mistakes as the Flash, and even with having to go back and try to correct his mistakes.

“It’s one of those things where when you’re a parent, your child screws up and then you sort of deal with what they did, and it brings you stronger and sort of makes you trust them more in a weird way. So think that the emotion behind it is that they’re closer than ever, but now they have this massive problem and Barry and Iris have to be…it’s more effective to be supportive parents than to continue to be pissed or upset about something that was clearly a mistake, and that Nora feels awful about.”

That means Team WestAllen is a fully united front as they face down Thawne.

As for what to expect from that big showdown, Helbing says the finale is closest to season one (when Barry faced Thawne the first time), and says it’s a “hopefully satisfying, fun story with the timey-wimey-ness of it all.”

“I hope it’s clear to everybody exactly what was going on and just how, in an evil way, what a mastermind Thawne is,” Helbing says.

Finally, for his last finale (as Eric Wallace takes over as showrunner next season), Helbing says he’s particularly excited for people to see some new effects for Ralph/the Elongated Man.

“This episode particularly, there’s a couple things that are so disturbingly fun,” he says. “It’s like my favorite effect with Ralph that we’ve done.”

Other than that, Helbing couldn’t share his favorite moments, because they play into too many other still secret things. And if the end of tonight’s finale of The Flash is anything like the end of last night’s finale of Arrow, which teased Oliver’s death in next year’s Crisis on Infinite Earths crossover, then there are definitely some secrets to be kept.