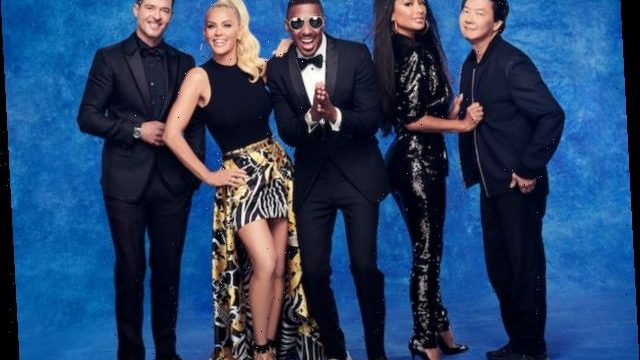 The Masked Singer‘s Lips are unsealed.

This week’s edition of Fox’s singing competition saw the introduction — and departure! — of the singer wearing a giant pair of ruby red smackers. And when her mask was removed, Lips was revealed to be syndicated talk-show host Wendy Williams. (Read a full recap.)

While we discussed viewers’ concerns about her recent behavior on her eponymous show, the bulk of TVLine’s conversation with Williams focused on her ultra-secret Masked turn — and how none of her chatfest’s staff knew she’d done it. Read on to hear what she had to say.

TVLINE | Why Lips? Why did that costume speak to you?
Because I talk for a living. And they’re beautiful. And I’ve got very long legs. It just stuck out. They sent me a few different pictures and immediately I was drawn to the Lips. There was no wavering. 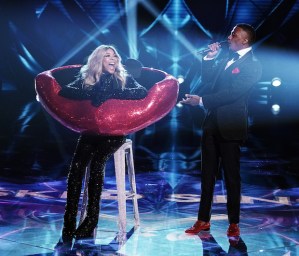 TVLINE | Were they always red, right from the start? I know you often rock a pink lip on your show.
They were always red, and I wanted them to stay red because even though I don’t wear a lot of red lipstick in my real life, I do enjoy a red lip. It’s very bossy. It’s very fun also in the sense that I was singing an Odyssey song, “Native New Yorker,” you know?

TVLINE | Why that song?
I love it. I know all the words. Even though they have them in the prompter, but I know the words. Everybody at Masked Singer was so kind with regard to making them a larger font, because I’m squinting — you know, I wear readers — I’m squinting through my costume, saying, “I can’t see. Wait, I’m a little frightened in the costume. I’m starting to forget the words to my favorite song! Wait, hold on, if you just make it bigger, all right, if we just do it like this.” They were so accommodating to everything. They really were.

And that costume, by the way: The reason why it looks so beautiful is that it’s not just any cheap crystals from the Garment District. They’re Swarovski crystals. They hand-laid them. And the costume department works really hard. And there are not many of them to do all that work, because they don’t want to get too many cooks in the kitchen, so to speak.

TVLINE | Were you at all worried about doing The Masked Singer during the pandemic? I know you’ve been taping your show, as well, but was there any hesitation on your part?
There was definitely a thought about, uh-oh, quarantining, quarantining. But we’d already been back to doing our show, and we have regular medical people that come every day and they take care of me and my staff and my crew. This is our 12th season of doing the Wendy show, and we’re in to win. And the funny thing is, none of them know that I went to L.A. to do the show.

TVLINE | That’s a pretty big feat to pull off.
Well I do Hot Topics with a big mouth, but in real life, I know how to keep a secret! [Laughs] I know how to keep a secret. The last thing I would want is for me to go all the way out there and all of a sudden, the Daily News prints something about “Wendy’s in L.A. doing The Masked Singer.” And then The Masked Singer would send me back to New York, and I would’ve gotten nothing accomplished. I didn’t even tell my mom and my dad. Nobody knew! Nobody.