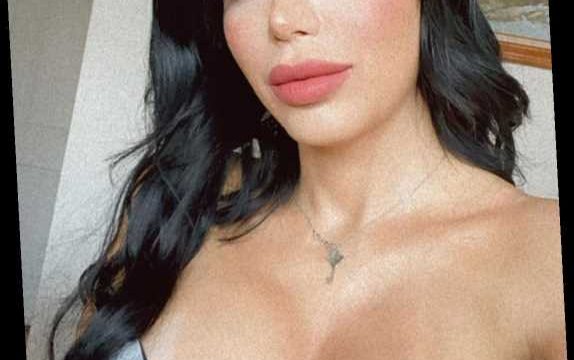 In a "final statement" posted on her Instagram over the weekend, Dos Santos Lima, 33, claimed she was "released" from her contract with TLC after appearing in a lingerie show on the website CamSoda.

"Dear Friends and Followers, I want to make a statement for you, I'm no longer a cast member of the show '90 Day Fiancé,'" she wrote. "Because of my show with CamSoda, I was released from my contract with TLC by phone the day before ICE arrested me. I will continue producing content for my official channels on Instagram, OnlyFans and Youtube. Thanks for your understanding, love and attention."

According to TMZ, Dos Santos Lima earned more than $100,000 for her show on CamSoda.

TLC did not immediately return PEOPLE's request for comment.

But viewers will still be able to watch Dos Santos Lima on parts two and three of the 90 Day Fiancé: Happily Ever After tell-all, airing next Sunday and Monday on TLC.

🤍 This is my final statement.

The Brazil native first joined the hit TLC show in 2018 to chronicle her relationship with her then soon-to-be husband Colt Johnson. However, after a tumultuous relationship and less than a year of marriage, the two finalized their divorce in 2019.

Earlier this month, the reality TV star was taken into custody by U.S. Immigration and Customs Enforcement in Las Vegas. She was detained as she and boyfriend Eric Nichols were gearing up to move to Colorado Springs. Her rep, Lindsay Feldman, told PEOPLE in a statement that Dos Santos Lima was arrested because of a "misunderstanding" that her legal team worked out. A spokesperson for ICE declined to comment on this case.