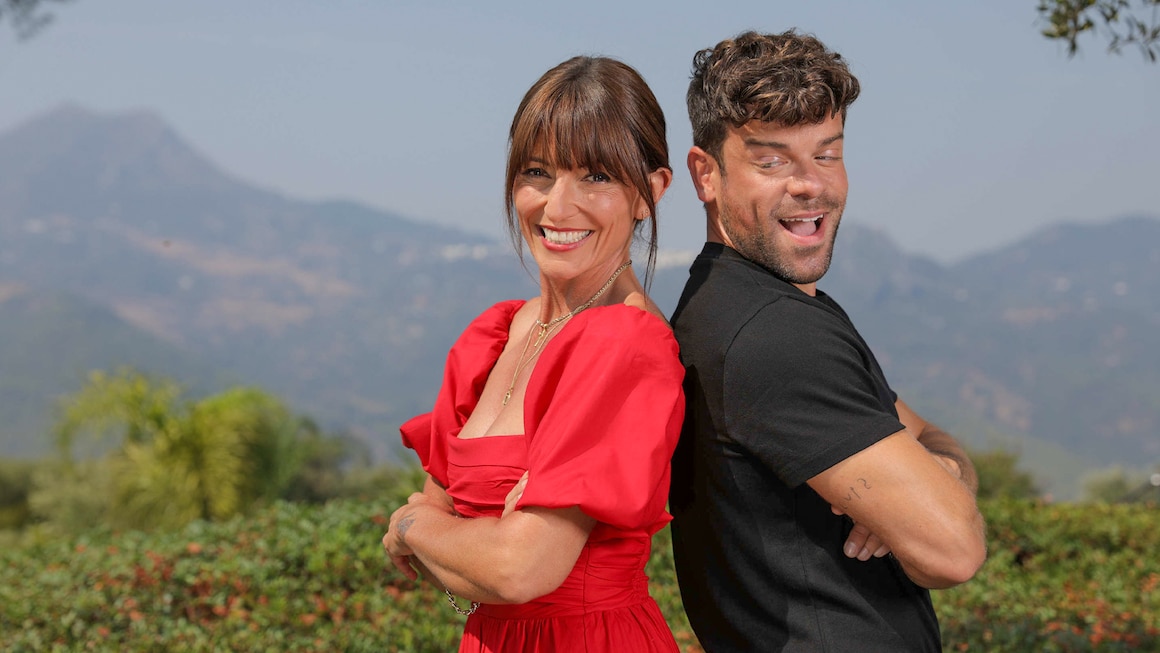 Imagine Love Island without all of the endless inane chat; picture the six-packs, pearly whites and suntans, only without the drivel about eggs in baskets, and who may or not be muggy.

Sounds like a dream? Then the Language of Love could be the next dating show for you.

Davina McCall and hunky Spanish ​​host Ricky Merino are on hand to host the new Channel 4 ‘dating experiment’, which throws English lads and lasses into a glamorous villa with the Spanish locals.

The only thing is, they can’t understand a word each other says, and they must push past the language barrier to form a deeper connection.

Straight away, there’s fun to be had – whether it be Brad Pitt lookalike Jose trying desperately to understand Tara’s strong Stoke accent, or Geordie lad Arran hoping his experience in a tapas restaurant in the north east will help him find love on the show.

The singletons bond over paella and Rioja (when in Spain…) and what follows is the usual frisson of sexual tension and awkward flirtation, but it is at least a slight change in pace to what we’re used to.

For once, it’s nice not to be listening so much.

So many conversations on these sort of shows end up being the same, full of meaningless conversational ticks about ‘type on paper’ and ‘where’s your head at?’ chats.

Language of Love is a gimmick, for sure, but in a time when you’d be forgiven for thinking every single dating show format has been done, the show finds a way of doing things just differently enough to keep it interesting.

There are some relatively progressive things on offer, too. Some of the contestants are slightly older than you might normally expect in these shows (some of these singletons are in their early 30s! Imagine!) and it plays with a few more complex dynamics too.

One of the biggest moments in episode one sees Arran struggle to come to terms with dating again as a single dad, having had three kids with an ex by the age of 26. It’s an instant turn off for some of the Spanish girls, but helps him develop a bond with one in particular, and offers a dynamic not usually seen in shows like this.

And while Love Island could learn from a few things here, it’s still not perfect.

It’s a shame that after a year where major shows were lambasted for a lack of LGBT+ representation, episode one Language of Love suffers from a lack of diversity.

And be under no illusions – without the tool of language to get their personalities across, it’s clearly more about superficiality than anything else.

When you can’t string a sentence together in Spanish, it’s the universal language of toned biceps that has to do the heavy lifting. And that’s fine of course, but ultimately, Language of Love is a curiosity piece rather than anything with a deeper meaning.

But as a gimmicky dating show? Ola, sign us up.

Love is Blind airs at 10pm on Channel 4. It will be made available to watch on All 4.