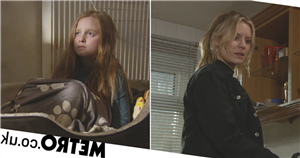 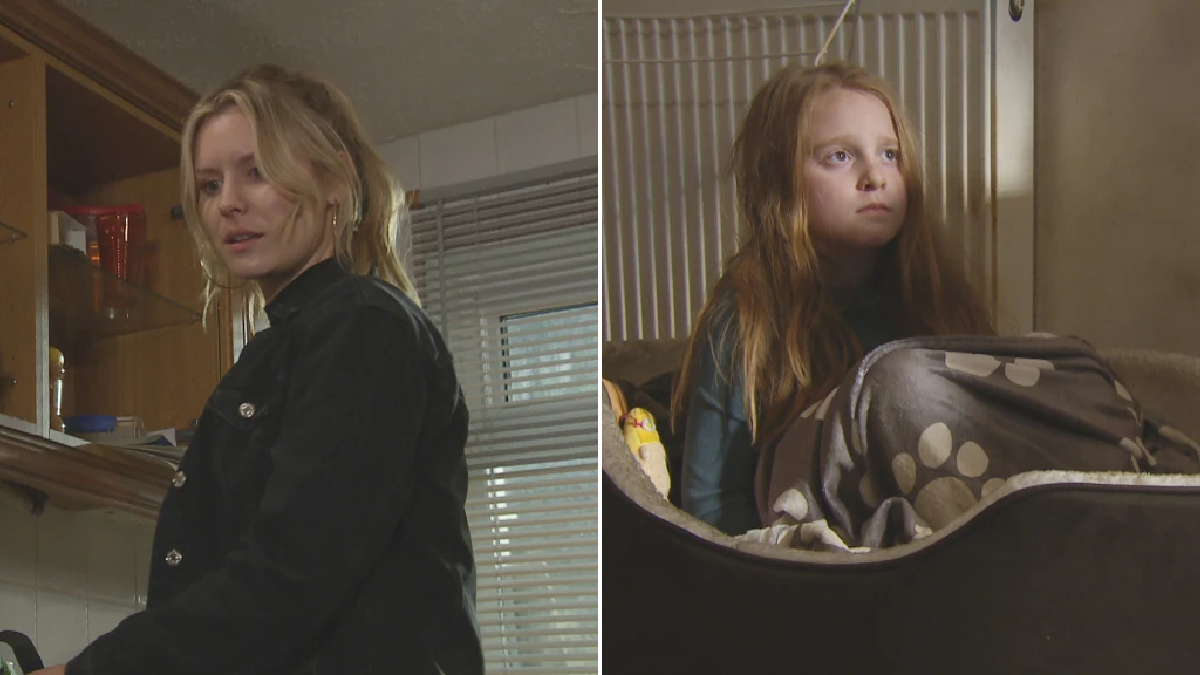 She was hesitant as Beth was a friend from Dawn’s past, filled with drug addictions and dangerous men.

After a chat with Kim (Claire King) of all people, Dawn decided she would go and came across Jade, another pal who was definitely more focused on scoring than saying goodbye to Beth.

Dawn found herself back at Jade’s house after and headed to the kitchen to grab a beer.

Jade’s house was in a terrible condition. It was dark, dirty, and when Dawn accidentally kicked a water bowl, she came across a young girl sleeping in a dog bed.

The young girl, Clemmie, didn’t have clean clothes on and her hair was a mess – she had been seriously neglected.

Dawn discovered that Clemmie was Beth’s daughter and didn’t even know her mum had died.

Dawn felt terrible for Clemmie and angrily confronted Jade, who was not bothered about the young girl in the slightest.

After a scary confrontation with Jade and a dodgy bloke, Dawn grabbed Clemmie and returned to the village.

Fortunately, Billy (Jay Kontzle) agreed to letting Clemmie stay for one night but knew calling social services was the best thing to do.

But will Dawn agree that Clemmie needs to go into care?

Or could she try and look after her?