KHLOE Kardashian looked quite sad alongside ex Tristan Thompson and their daughter True after the mom of one was "banned from the Met Gala."

The Keeping Up With The Kardashians alum was reportedly kept from the special fashion event for being "too C-list." 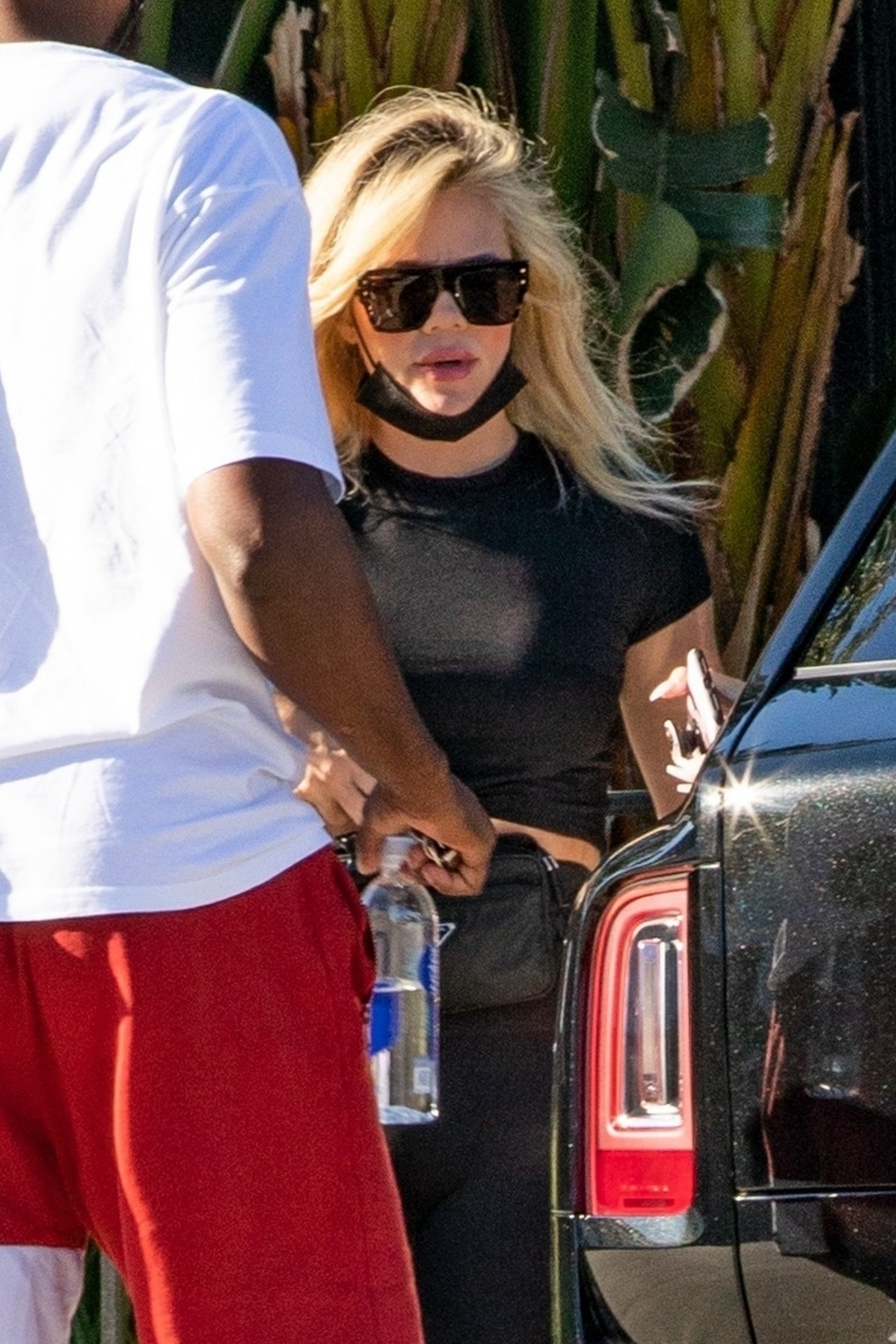 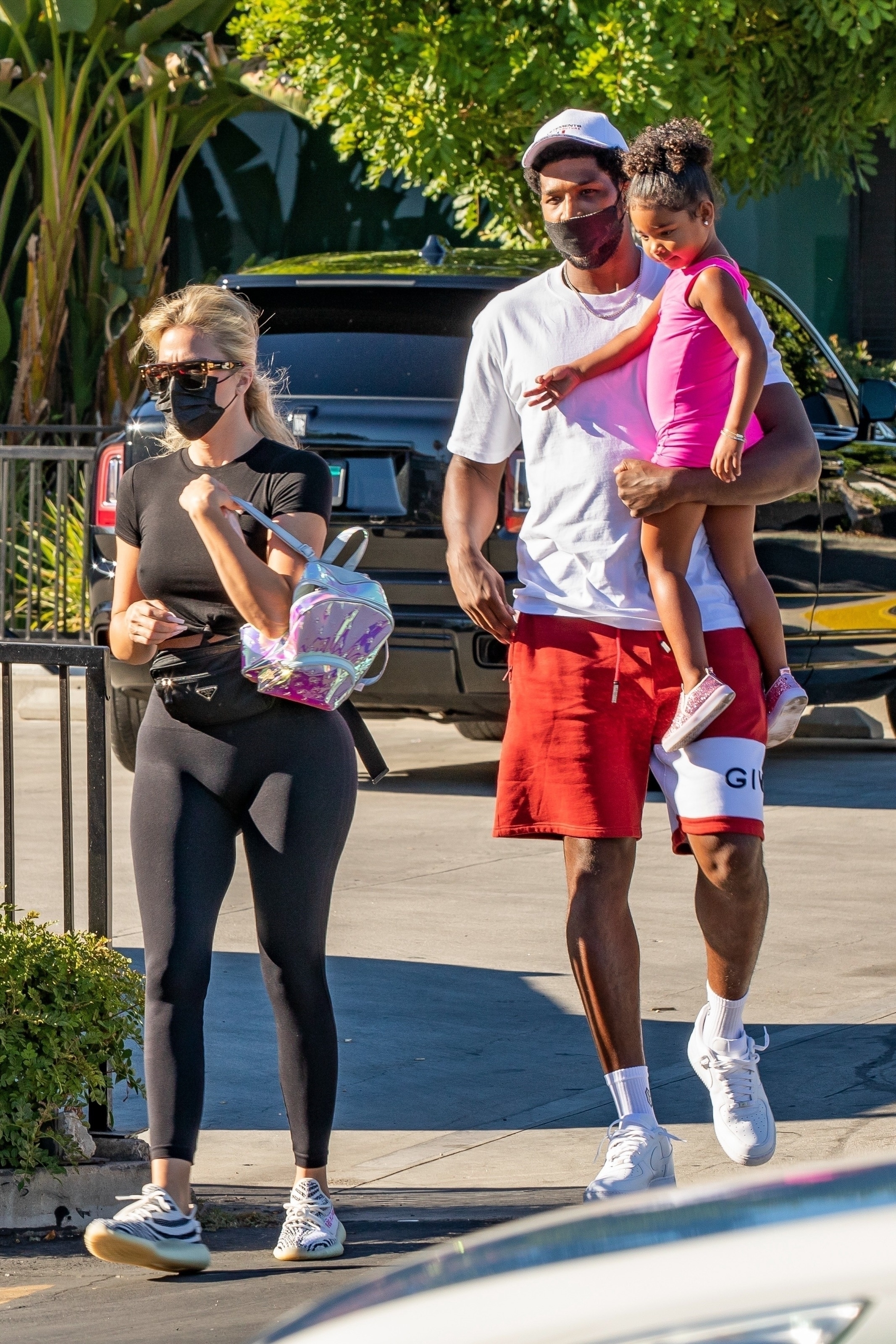 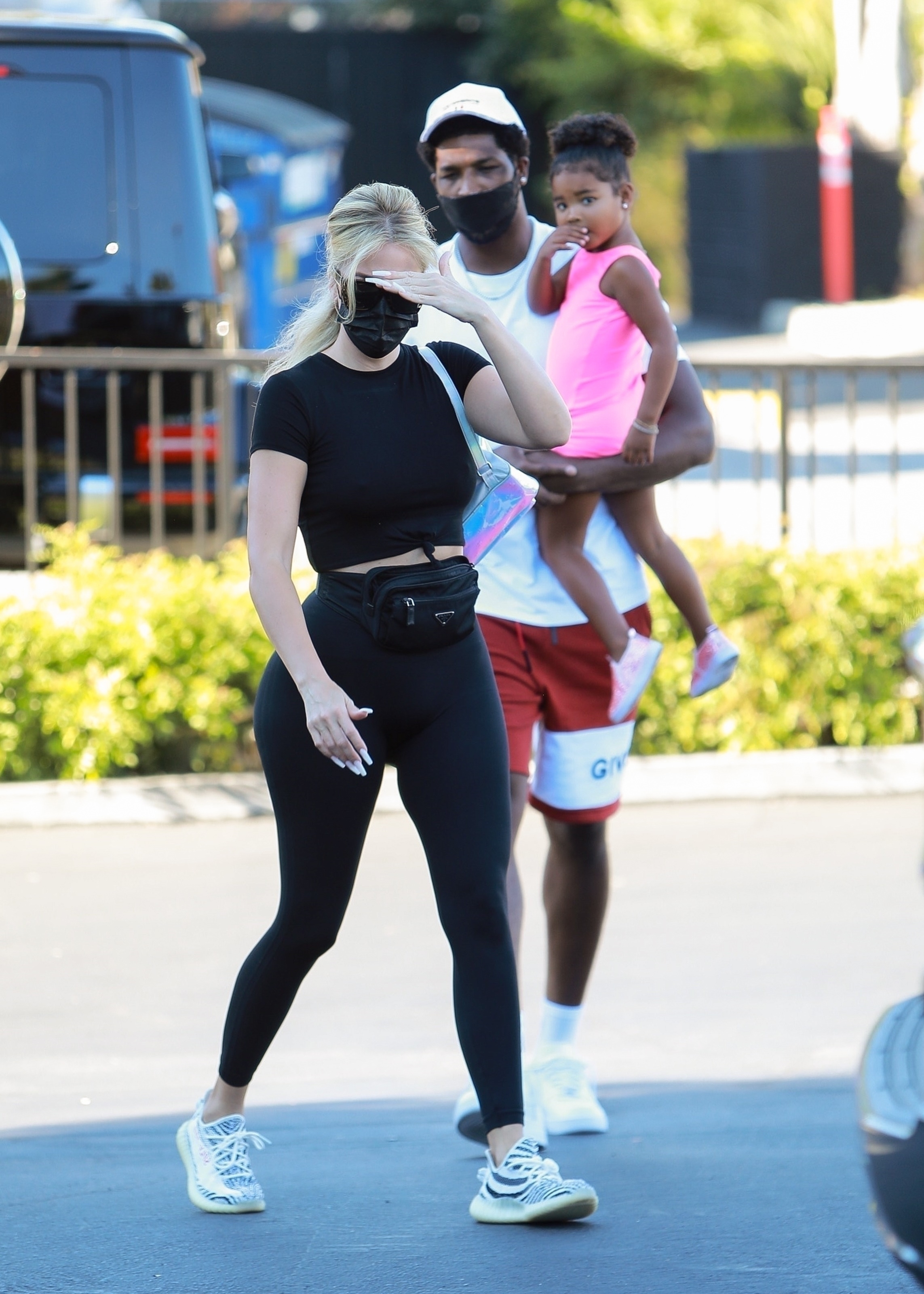 The 37-year-old kept it low-key as she was spotted sporting black tights with a matching top, to go along with sunglasses and a mask covering her nose and mouth.

Khloe arrived alone to pick up her 3-year-old daughter from her gymnastics class in Woodland Hills, CA.

However, her baby daddy Tristan arrived to see True as well, as he showed up in red shorts and a white shirt and cap, also with a mask.

The duo were spotted meeting up to co-parent as they both walked back together while Khloe held True in her arms. 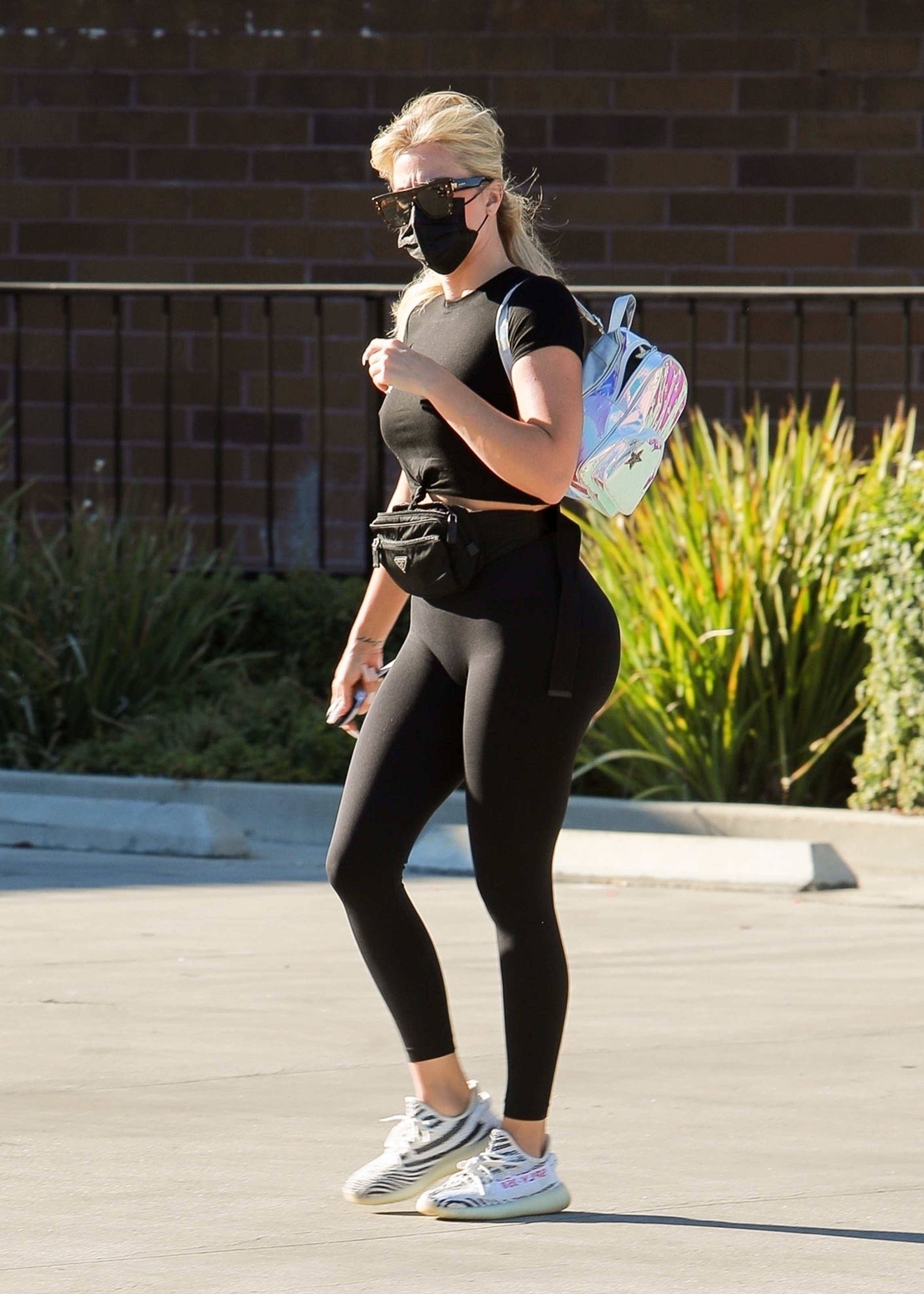 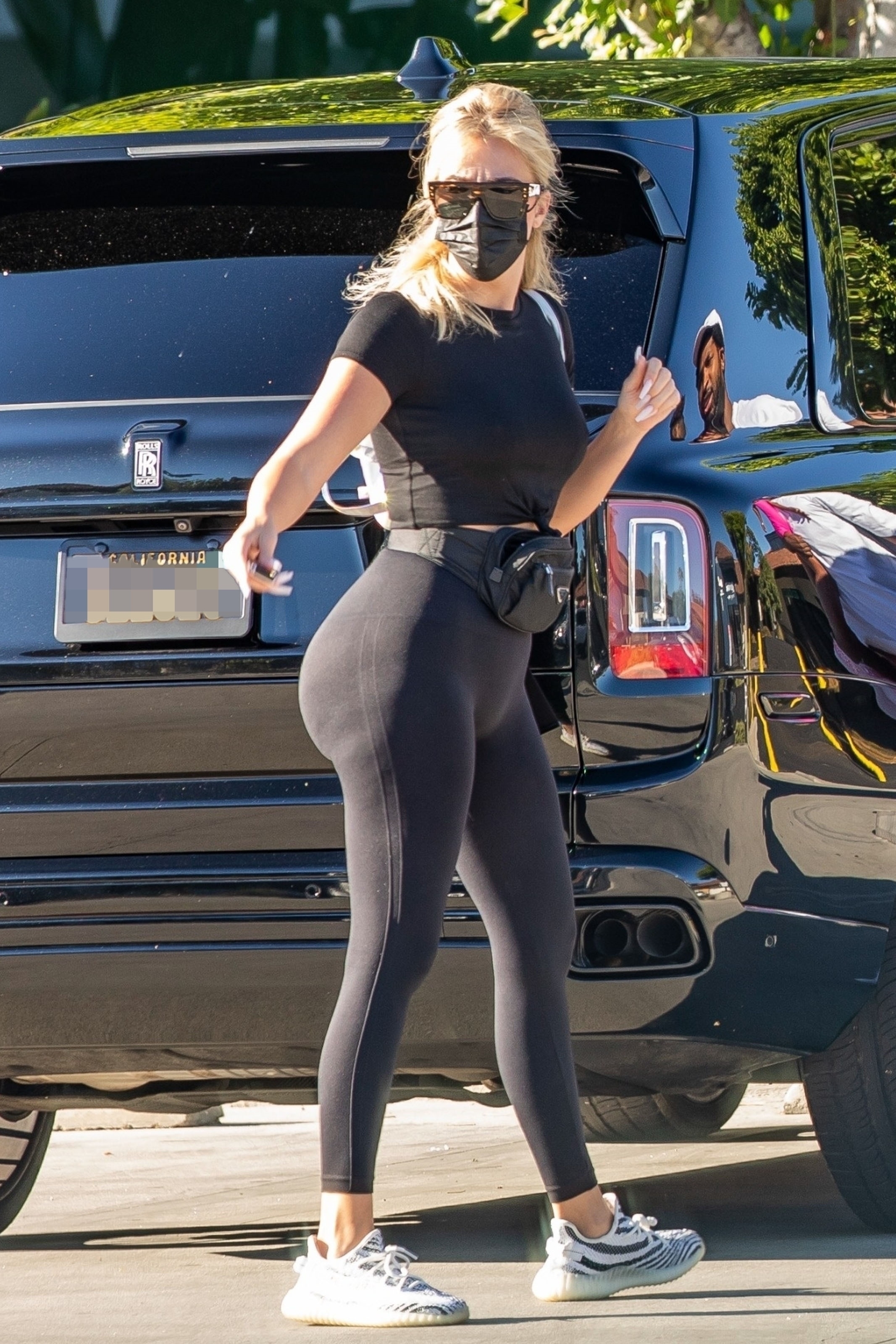 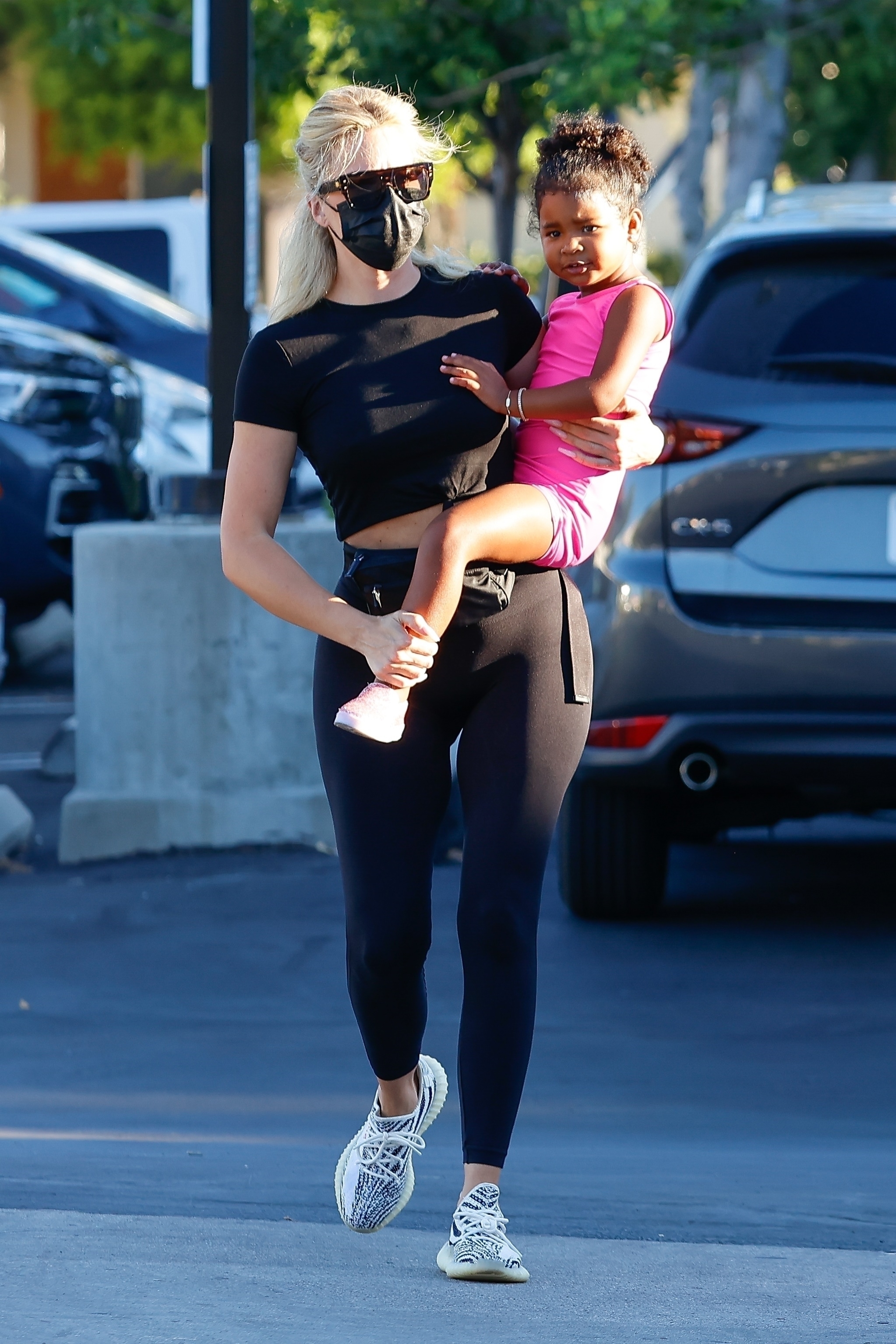 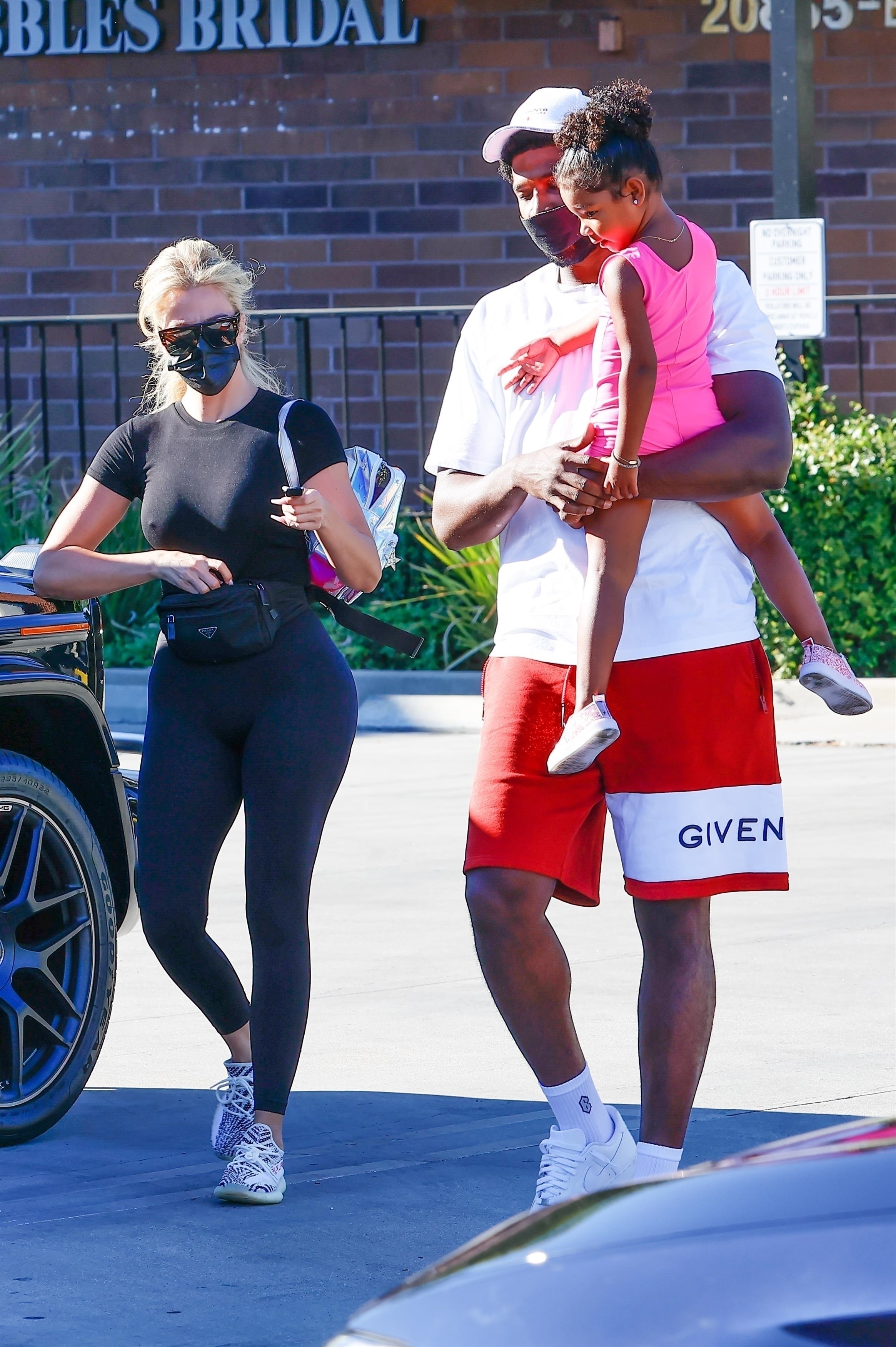 The TV star's public outing comes after she apparently was not allowed to attend the Met Gala in New York City.

Vogue's Editor in Chief Anna Wintour, who has overseen the Met Gala guest list since 1995, was said to regard Khloe as "too C-list" for the event.

However, Khloe's sisters Kim and Kendall, were able to attend, as was their mom, Kris Jenner.

Kim, 40, and Balenciaga Creative Director Demna Gvasalia both covered up in a black faceless Balenciaga ensemble that included a mask over their entire head.

Meanwhile, Kendall turned heads in a sheer nude gown with hundreds of hand-sewn jewels on the top layer and around her neck.

While she wasn't at the Met Gala, Khloe instead took to her Instagram Stories to share a cryptic "sad" message.

It read: "Good morning. Today we are staying hydrated, meditating, ignoring people who makes us sad and communicating our feelings. Now go be great."

She later shared a shot of Kendall at the event, and wrote "I'm not OK" over it.

It seems like Khloe's older sister Kourtney also did not receive an invite, while Kylie Jenner announced she wouldn't be attending.

"I'm so sad I couldn't make it this year," Kylie said on her Instagram Stories, and added, "I can't wait to see all the looks."

Kylie is currently expecting her second child with Travis Scott.

UPS AND DOWNS WITH TRISTAN

While she apparently was not allowed at the famous fashion party, Khloe was instead ripped for commenting on Tristan's shirtless Instagram post.

The exes – who are thought to have broken up in June after he "spent a wild night with three women" – appeared to be on good terms.

Many fans have slammed Khloe for continuing to go back to Tristan despite the multiple times he’s been publicly caught cheating.

'THE TRUTH IS NEVER ENOUGH'

The reality star appeared to address this recently on Twitter and fired off a message for her critics.

In one tweet, she wrote: "HA! some of y'all really just make up anything and swear it's the truth as if you know what's going on

"The truth is never good enough… or juicy enough. So you create a narrative that fits what you choose to believe.” 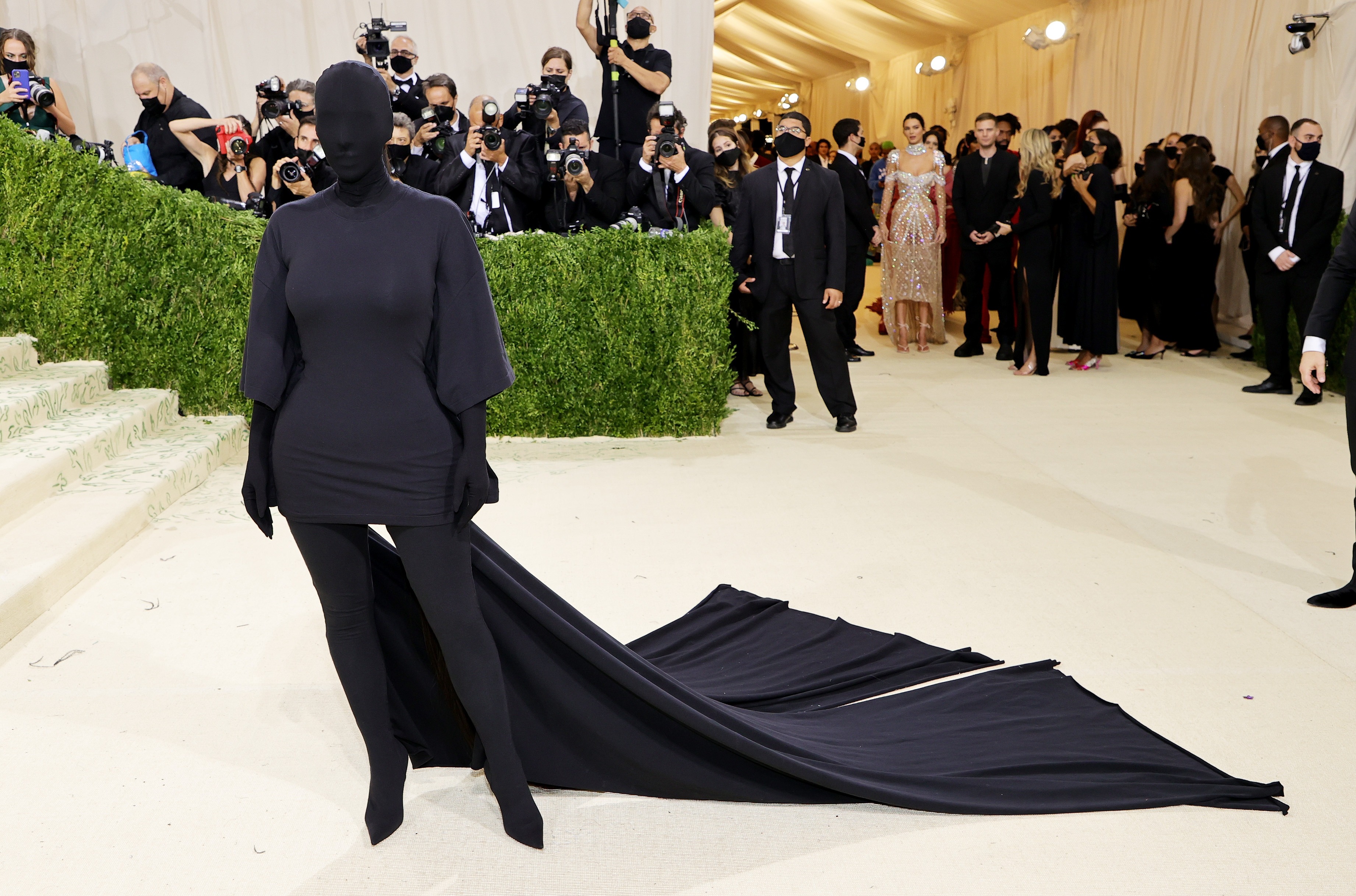 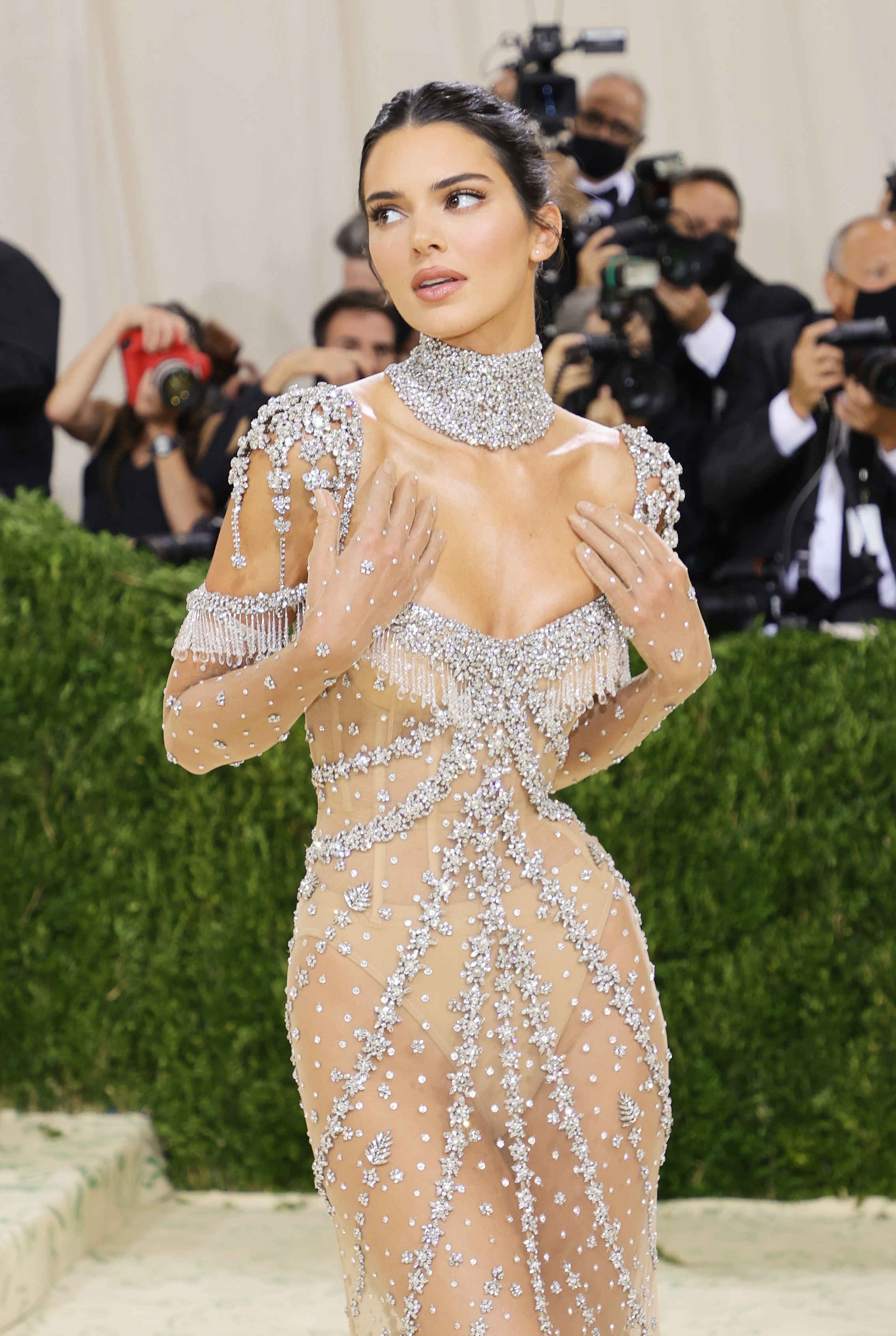 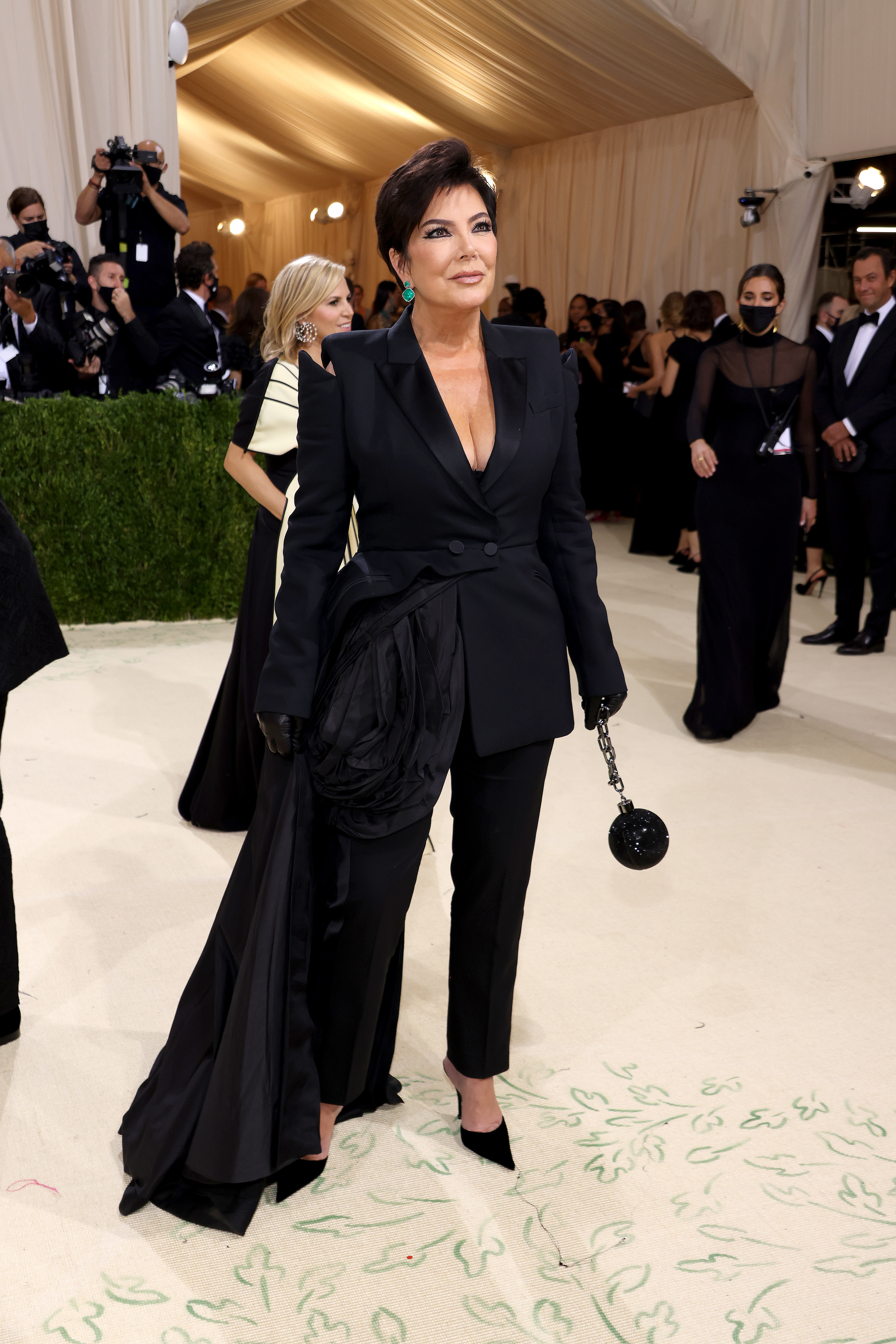