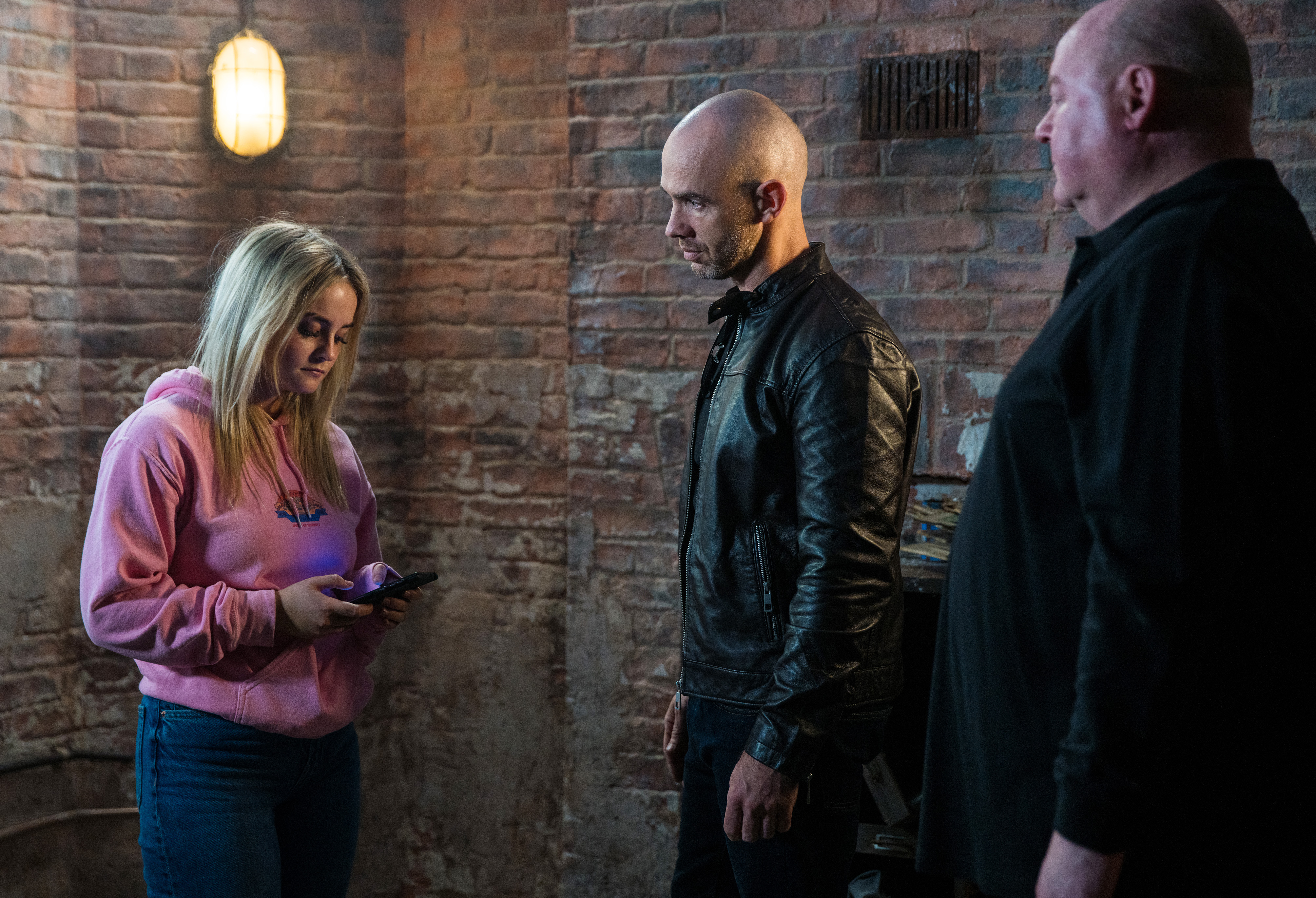 There’s no let up for Kelly Neelan (Millie Gibson) in Coronation Street as she comes face to face with two very dangerous men from her dad’s past.

She had the idea formed in her mind, convinced it was perfect, but her clouded view of her dad’s life has meant she’s failed to see coming face to face with someone who’s life was ruined by Rick is not a good idea.

Tonight, Gary (Mikey North) and Maria (Samia Longchambon) realise Kelly hasn’t been home all night and when Aadi (Adam Hussain) tells them she went to see another of her dad’s old clients, Gary panics.

Elsewhere, Keiran gives Kelly her phone and tells her to text Gary to tell him she’s fine.

Thinking on her feet, Kelly sends the message with a tone that suggests her mum is still alive so when Gary gets it, he knows something isn’t right.

Keiran tells Kelly he wants the rest of her dad’s money and calls Gary from her phone, telling him if he wants to see Kelly alive again, he needs to come up with £50k.

But will Gary get the cash together in time?

If not, could this be the last we see of Kelly?

Discussing the change in dynamic between Gary and Kelly, Mikey North recently told us:

‘Even the way he speaks to her now has changed to become more of a father figure as he grows closer to her, which obviously brings jeopardy with it. It’s bringer her closer to the truth all the time, which is very interesting to play. I think they are growing closer all the time.

‘That can only add to what’s coming up over the next few months.’