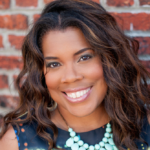 Danielle Belton is the Editor-in-Chief of HuffPost. Prior she was the Editor-in-Chief of the leading black interest news site, The Root. Before joining The Root, Danielle was Editor-At-Large for black women’s news site Clutch Magazine Online, and was the first black woman to lead a writer’s room in late-night as the head writer for BET Networks’ NAACP Image Award-nominated talk show, “Don’t Sleep.” 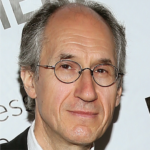 Gérard Biard is the editor-in-chief of the satirical French news magazine Charlie Hebdo. Gérard has been associated with Charlie Hebdo since 1992, when it was relaunched after a 10-year hiatus. He was in London for a conference when Charlie Hebdo’s Paris office was targeted in a January 2015 terrorist attack, in which 12 people were killed and 11 were injured. 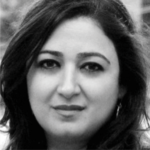 Susie Banikarim is the former head of global newsgathering and an EVP at Vice News. Prior she was the Editorial Director of Gizmodo Media Group and before that the first filmmaker-in-residence at Harvard University’s Shorenstein Center on Media, Politics and Public Policy where she directed and produced the documentary “Enemies of the People: Trump and the Political Press.” Susie also helped launch Katie Couric’s syndicated talk show and also served as a producer for Diane Sawyer, George Stephanopoulos, Charlie Gibson and David Muir. 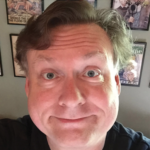 Daryl Cagle is an editorial cartoonist and founder of the syndicate, Cagle Cartoons, Inc. The syndicate distributes Daryl’s work, along with ten columnists and about seventy of the world’s top editorial cartoonists, to over 700 subscribing newspapers, including half of America’s daily, paid circulation newspapers. He is a past president of the National Cartoonists Society and the National Cartoonists Society Foundation.

About Conversations on Cancel Culture Series

The “Conversations on Cancel Culture” series addresses a new wave of pressure to be silent – or be silenced – that has spread rapidly from media to entertainment to politics. Is this a new form of censorship? Or a necessary corrective to entrenched privilege?

That very title “Cancel Culture” is provocative and prone to controversy. And yet we feel it is important to have thoughtful and robust dialogue around this issue which encompasses both free speech and accountability, the rise of social media pressure groups and the real-life violence that has sometimes also ensued.

The series will talk to journalists, comedians, film critics and academics among others to address this complex topic that is – just to confuse things – being hijacked for all manner of misinformation and political posturing.

Left unexamined, “cancel culture’ threatens to undermine the free exchange of ideas. Debate, discussion and disagreement, and tolerance of those who hold different beliefs.

For more information about Conversations on Cancel Culture, a multi-media series by TheWrap visit: thewrap.com/cancel-culture-series