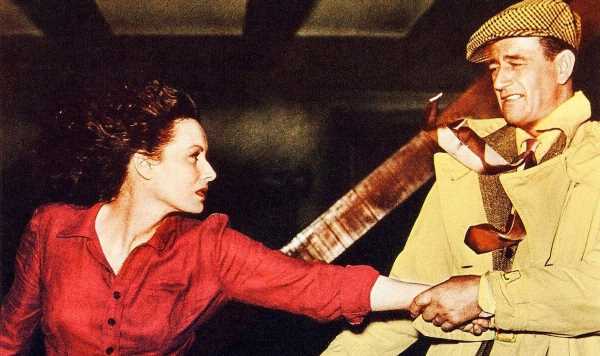 It was 70 years ago today that The Quiet Man hit UK cinemas. John Wayne teamed up with director collaborator John Ford once again for the Oscar-winning classic. Considered by the filmmaker to be his sexist movie, the plot saw Duke’s retired boxer Sean Thornton making a pilgrimage to his home village in Ireland to claim his family estate during the 1920s.

In Ireland, Wayne’s character met his match with Maureen O’Hara’s Mary Kate Danaher and her difficult brother Red, played by Victor McLaglen.Shot in County Mayo and County Galway, the leading lady had a difficult time on set after filming the scene where Duke’s Sean kisses her for the first time. In that moment, her character slaps him across the face, but the Western star’s block proved so powerful that he accidentally broke her hand. The Quiet Man was shot in chronological order, so the poor actress and to deal with the pain without a cast to reset the bone for the rest of principal photography. 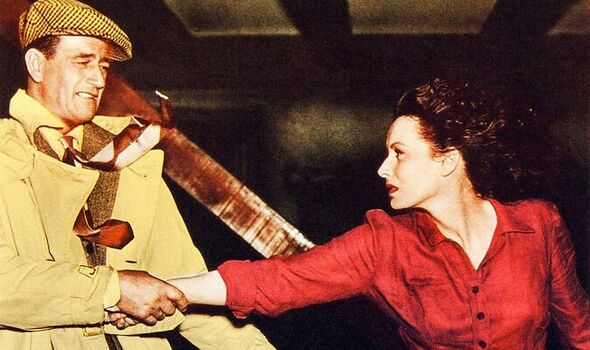 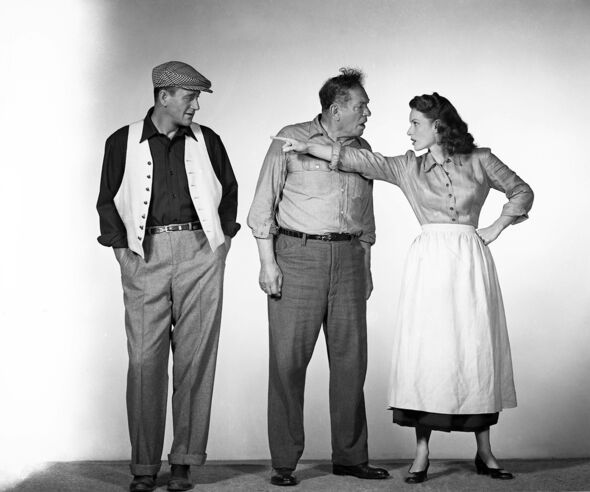 If that wasn’t enough, O’Hara was having to put up with Ford’s notorious rudeness and baiting of his actors. He’d enraged McLaglen on purpose for The Quiet Man’s closing fight scene, but she wasn’t going to put up with it. When filming the scene where Wayne’s Sean finds her Mary Kate in his cottage, it was so windy that her hair kept getting in her face and making her squint. Ford yelled at his leading lady to open her eyes, to which she fired right back: “What would a bald-headed son of a bitch know about hair lashing across his eyeballs?!” 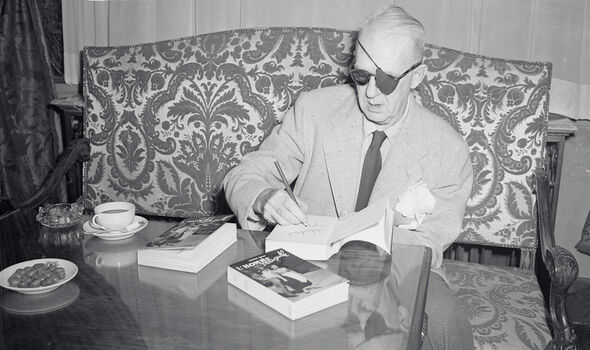 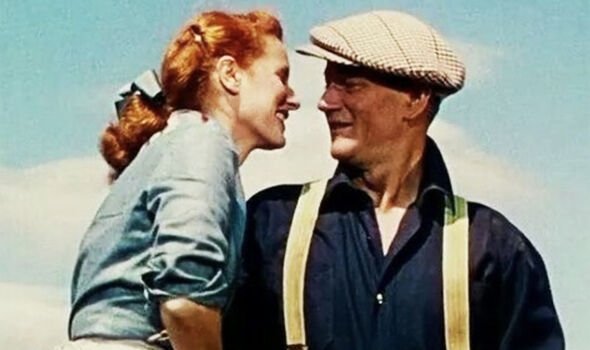 When it came to shooting The Quiet Man’s final scene, Wayne was totally taken aback by O’Hara’s unscripted line insisted on by Ford. The scene in question saw the couple waving goodbye before Mary Kate whispered something to Sean that resulted in a real double take for the Western legend. Initially, she refused to say the mystery words, writing in her memoir years later, “I couldn’t possibly say that to Duke!”However, Ford insisted that she do it, to get a genuinely shocked reaction from her co-star, which totally worked.

Only those three knew what the line was and took it to their graves. Given that the director considered The Quiet Man to be his steamiest picture, presumably, it was something considered risqué in the early 1950s.