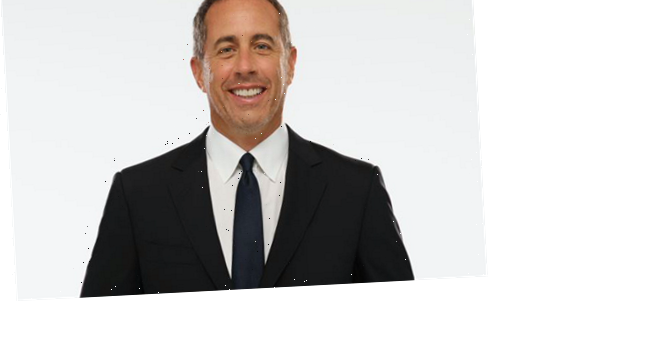 “Is this anything?” is the question that every comedian says to every other comedian about any new bit they want to try. Now, in his first book in 25 years, Jerry Seinfeld is answering that question by opening up the vault of his jokes collected over five decades.

The Simon & Schuster book, Is This Anything? is out this Tuesday, with Seinfeld scheduled for a New Yorker Festival appearance with Steve Martin on Wednesday, Oct. 7 to discuss stand-up comedy.

This book offers what Seinfeld claims are the complete files of his lifetime pursuit of material to transform into bits. “Whenever I came up with a funny bit, whether it happened on a stage, in a conversation, or working it out on my preferred canvas, the big yellow legal pad, I kept it in one of those old school accordion folders,” Seinfeld said in a statement. “So, I have every piece of stand-up comedy I thought was worth saving from 45 years of hacking away at this for all I was worth.”

The book is organized by decades, starting with the 1970s, when Seinfeld made his stage debut at Catch a Rising Star in 1975. It is essentially one long series of jokes culled from the time periods, prefaced with a short introduction to each decade where Seinfeld explains where he was at in his life when the jokes were born.

The master of observational humor, Seinfeld offers his routines on everything from cotton balls through Pop Tarts and fatherhood and the obsession with “going out” and “getting back.”

Watch the trailer for the book below.