Jeremy Vine hosted a debate on whether the UK’s vaccination programme has been a success because of Brexit. The Telegraph’s Chris Hope and BBC Radio’s Shay Grewal both argued the UK had every right to be “selfish” over coronavirus vaccines while the Channel 5 presenter was forced to step in when Remainer Femi Oluwole claimed Brexiteers were keen to point out the UK’s vaccine success because of other Brexit-related problems.

Femi began: “The reason why you’re so desperate to say that this is one Brexit success because we can see what Brexit is doing in other areas.

“The fishermen who are literally on record saying, ‘We’re in fear of losing our homes and we’ve turned to alcohol.’

“The issues in Northern Ireland – enflamed tensions because there is now a border down the Irish Sea, the 48 percent drop in trade.

“We know what this is doing, this is the only thing you can say, ‘Oh the UK is doing’ even thought it’s not.”

Interrupting, Jeremy said: “Alright, alright. Funnily enough Shay might agree with you on some of that because she voted Remain.” 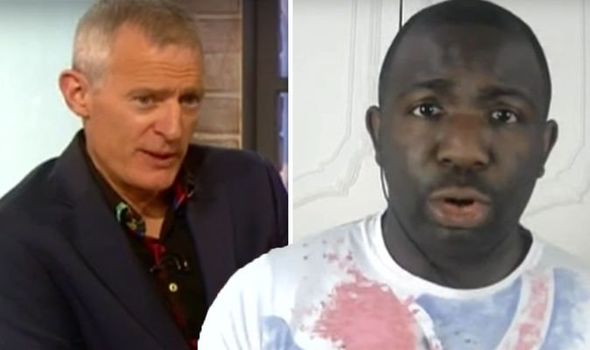