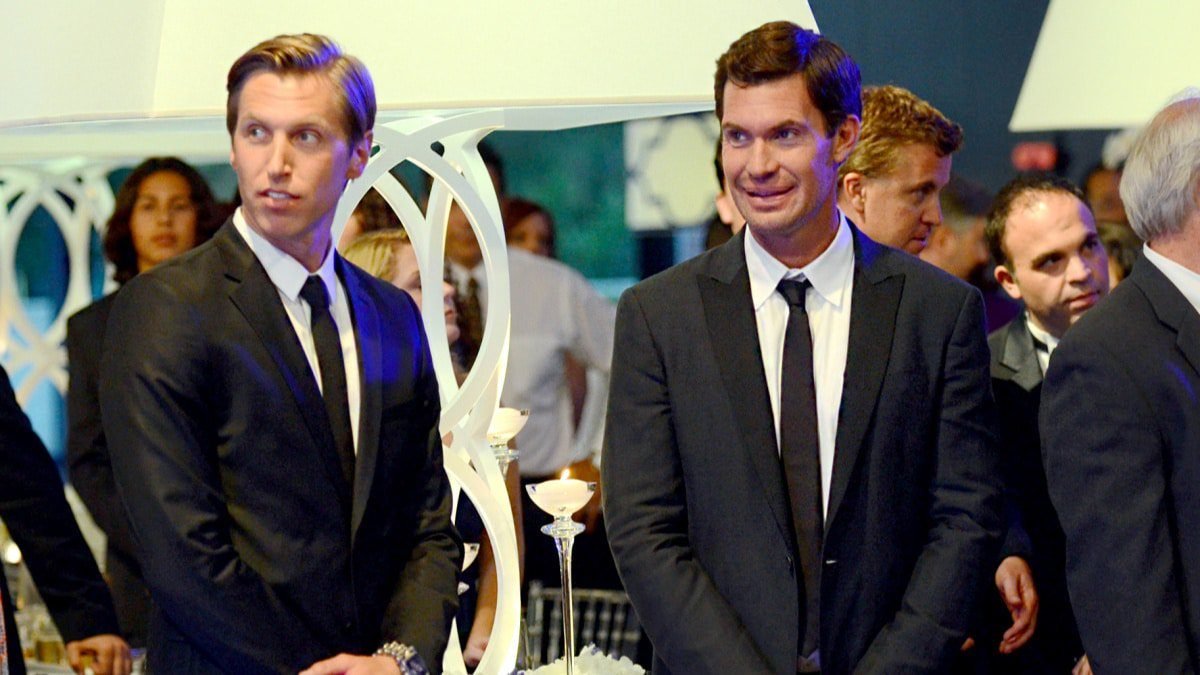 Jeff Lewis and Gage Edwards are officially broken up. Even though reports surfaced earlier this year about their relationship troubles, Jeff announced on his Sirius XM Radio show, Jeff Lewis Live, that Gage had broken things off and was leaving the business behind as well.

“My partner left me three months ago. He’s leaving the business. I feel like he’s leaving again,” he told listeners about a week ago.

Gage, who used to record the radio show with Jeff, hasn’t shared his point of view as to why they are no longer together. But a source has revealed that Jeff knows why they broke up, revealing that Jeff is self-obsessed and isn’t able to care about anything other than his show and his fame.

“Gage is sick of being trashed by him and all of his friends really feel like Jeff needs to get some new material because his current bit is getting old,” the source tells the website, adding, “Gage tried for years to make it work and he is dedicated to their child, but it is past the point of reconciliation. Gage does not need Jeff, or his company, in his life anymore.”

The two continue to share custody of their daughter, Monroe, who is 2 years old. Radar Online reports that co-parenting isn’t working between the two.

The news broke early this year, as Jeff announced that he and Gage had separated in late January. At the time, it appeared that they just wanted some time apart. Gage had moved out to get some space.

It was only back in October 2018 that Jeff talked about proposing to Gage. The two had also talked about adding another baby to the mix while filming Flipping Out.

In the fall of last year, it was revealed that Jeff’s show, Flipping Out, had been shut down by Bravo after a fight with Jenni Pulos that was filmed for the show. She reported him to the Bravo network for abuse and victimization and wrongful termination. It was then reported that his contract with Bravo had expired, but the network never publicly said that Flipping Out was canceled.

Flipping Out has not been renewed by Bravo at this time.