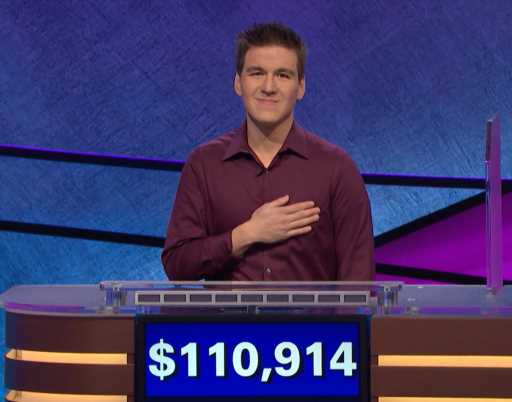 Week 4 of James Holzhauer’s streak on Jeopardy! (4/22/19-4/28/19) drove the quiz show to a second consecutive weekly win over all syndicated programming, including perennial champ Judge Judy. Jeopardy! averaged a 7.5 household rating and 12 million total viewers, up +12% in households and +27% in total viewers from the previous week and logging the show’s most watched week in 14 years, since the week of 3/7/2005.

Holzhauer snagged his 22nd Jeopardy! win on Friday for a total of $1,691,008 to date. He is chasing current Jeopardy! record holder in consecutive wins, Jennings, who won 74 times in a row, for a $2.5 million haul. (Champions were limited to five appearances until 2003.)

Holzhauer is currently sidelined for the annual Jeopardy! Teachers Tournament. He’ll return May 20 to try and extend his streak.