PIERS MORGAN is renowned for his outspoken opinions on Good Morning Britain.

But the presenter stormed off the set after he was slated by co-star Alex Beresford for his comments towards Meghan Markle.

ITV have now released a statement to confirm that he has QUIT the breakfast show.

The statement read: "Following discussions with ITV, Piers Morgan has decided now is the time to leave Good Morning Britain.

"ITV has accepted this decision and has nothing further to add."

ITV received the most Ofcom complaints in a decade following his rant about the Duchess.

More than 41,000 viewers made a complaint against him.

The TV host disregarded Meghan's claims to have had issues with her mental health.

Piers claimed he was 'sickened' by Meghan for "trashing" the Royal Family as "white supremacists" during her interview with Oprah Winfrey.

A petition to sack him from GMB over his comments had amassed more than 88,000 signatures.

But in an earlier tweet, he wrote: "Lots of people on here want me fired for expressing my opinion on the Pinocchio Princess.

“If you want to join them, there are various petitions still doing the rounds from the last few times you've all tried, and failed, to have me fired for saying what I think.” 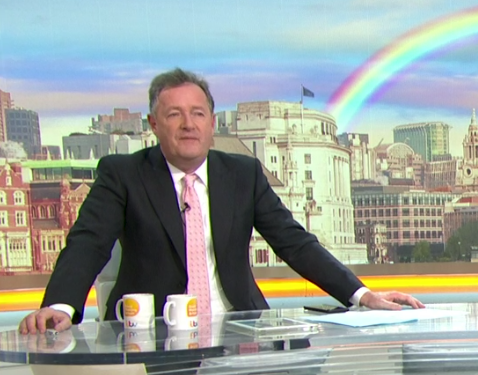 Has Piers Morgan threatened to leave GMB before?

He sure has – a few times in fact.

On December 2019 Piers claimed he would quit when his two year contract came to an end.

Piers added later on in the show: "And I guarantee then I'll be out."