In the Dark season two recently concluded on The CW in the US and is streaming on Netflix now. In the Dark follows Murphy (played by Perry Mattfeld) a blind woman in her 20s who is desperate to solve the murder of her friend. Express.co.uk spoke to spoke to the show’s production designer, Naz Gostasbpour about filming In the Dark. 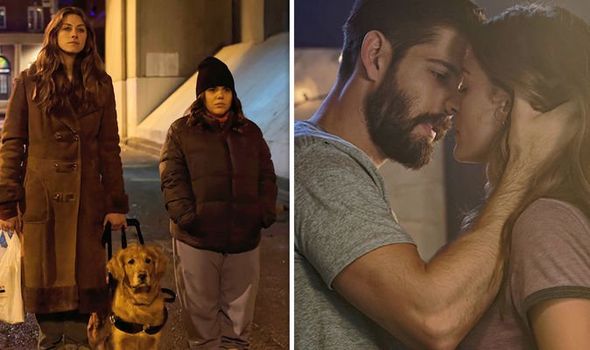 Is the cast of In the Dark actually blind?

No, not all of the main cast of In the Dark is actually blind or visually impaired.

Even the guide dog, Pretzel is not a real guide dog and is instead a canine called Levi.

However, In the Dark’s visually impaired consultant Lorri Bernson explained they did not cast a real guide dog because if a guide dog is told to repeat something, for example, multiple takes of a scene, the dog would understand the repetition as a mistake.

After Bernson’s own guide dog led her to her chair whilst speaking to press at the Television Critics Association, Berson said: “If I were to repeat what I just did, even three or four times, when I repeat it’s because he made an error. He would slowly break down because he did not know what he was doing wrong.”

Perry Mattfeld, who plays the shows main character Murphy, who is blind, is not visually impaired herself. 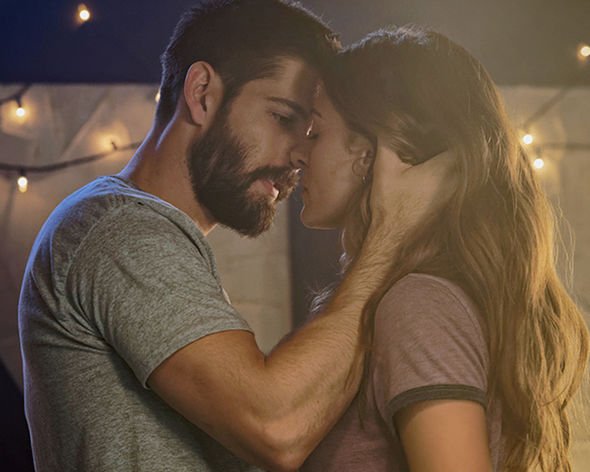 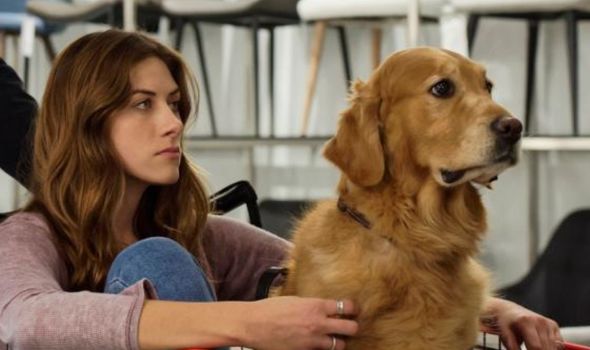 At first, the show’s creators searched for a blind actress to play the lead role but were unsuccessful, after attending 29 different organisations for the blind.

In the Dark’s executive producer, Nicky Weinstock explained: “We went about searching for a blind actor immediately, and looked all over.

“We saw many, many auditions, and ultimately we went with Perry because she was the best actor for the role in a really exciting way. 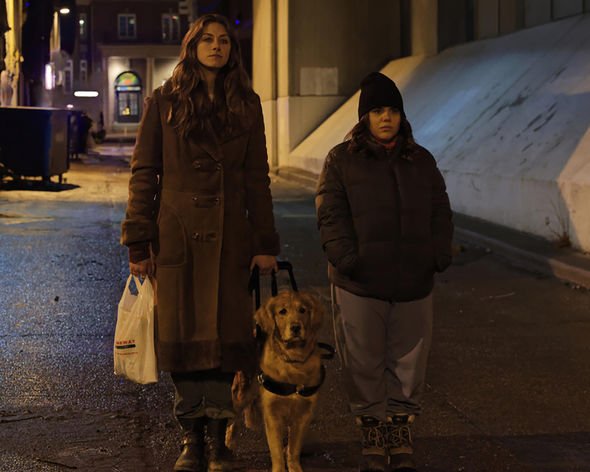 “This is someone who went to the props department and got a cane on her first day of pre-production and went around her apartment for weeks doing cane work.”

However, The CW did cast blind actress Calle Walton in the role of Chloe and had blind writers working on the script.

In the Dark continues to raise awareness about visual impairments with Murphy working at a guide dog school called Breaking Blind.

In the Dark originates from The CW’s social good programme, which is partnered with the Guide Dogs of America organisation and together they sponsor litters of puppies to be trained as guide dogs. 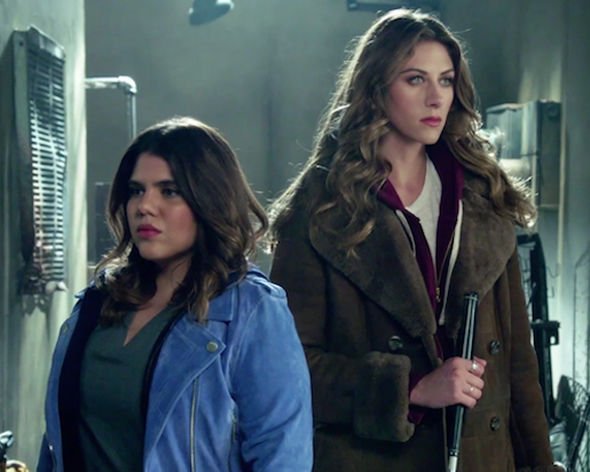 Although the cast is not blind, the set had to be designed specifically for a person who suffered from impaired vision  to ensure the shows authenticity.

In the Dark was filmed in Toronto, half of the filming process took place on a purpose-built set and the other in and around Toronto for other interior and exterior shots.

In the Dark’s production designer Naz Gostasbpour explained exclusively to Express.co.uk : “Keeping in mind that the main character was blind and I had to consider a lot of things and think about the fact that as a blind person, who doesn’t really care about what she does, or how her life turns out or what people think of her, I had to think about how her bedroom look like.”

“We had five standing sets and two studio spaces so that was about 50,000 square feet I think. So we had the main characters apartment, the guide dog training school, a convenience store, a bar and a police station all in the studio.

“I wouldn’t say it [filming] was difficult, I would say it was a huge learning curve because you have to think about how the world is perceived if you are visually impaired and the things you have to consider.

“For example, the guide dog training facilities also had brail on them. Murphy’s bedroom specifically, there was a lot of things we had to consider. We paid more attention to textures as opposed to colour and decor I guess for her.

“Also learning about the various different levels of visually impaired, braille and how there are two kinds of braille, one for people who are born blind and one for those who became blind later in life.”

Naz added: “In the Dark is more than just a blind protagonist looking to solve her friend’s murder. It is more about relationships and the journey and going through life.”

In the Dark airs Thursdays at 9pm on The CW