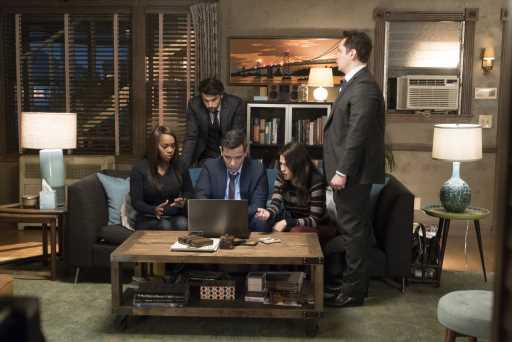 How To Get Away With Murder, starring Viola Davis, will return for a sixth season on ABC. It is one of three Shondaland series to get renewals for next season, along with flagship Grey’s Anatomy and spinoff Station 19, both run by Krista Vernoff. Legal drama For the People has been canceled.

“Everyone at Shondaland is thrilled that our fans’ commitment to TGIT continues,” said Shonda Rhimes and producing partner Betsy Beers in a joint statement. “We are so proud of Krista and Pete and the work they do. Making the choice to have Krista oversee ‘Station 19’ was easy — the creativity she brings to the ‘Grey’s Anatomy’ universe continues a tradition of storytelling we hold dear.”

Created by Peter Nowalk, How to Get Away with Murder has been a constant in ABC’s TGIT programming block since its premiere in 2014. During its fifth season, the series ranked as the No. 1 program in Thursday’s 10 PM hour among Adults 18-34 and Women 18-34. The series also remains strong in delayed viewing, with more than half of its seven-day 18-49 rating and almost half of its total audience coming in the days following its initial airing.

Murder has won multiple awards from GLAAD, NAACP and AFI and scored Davis a history-making Emmy Award in 2015 and nominations in 2016 and 2017.