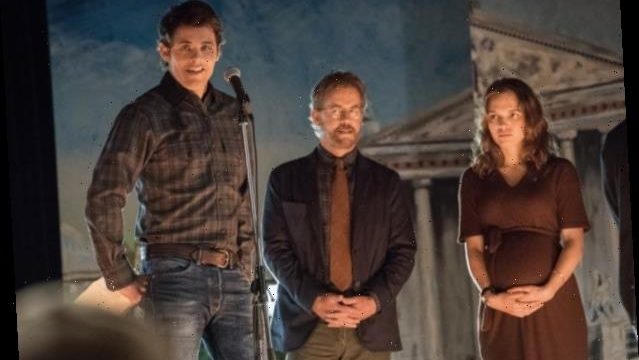 Whoopi Goldberg knows exactly what viewers will be looking for, at least those brave enough to watch “The Stand,” CBS All Access’ upcoming thriller that kicks off amid a much-more dangerous, though thankfully fictional, pandemic.

“I think they’re fascinated to find out if we’re wearing masks,” Goldberg, who stars as Mother Abigail in the upcoming series, told TheWrap.

On Thursday, CBS All Access debuts perhaps its most ambitious original series in its history, a sprawling, 9-episode limited series adapted from one of Stephen King’s most influential works. “The Stand” is a 1,200-page behemoth that centers on the survivors of a deadly plague that are caught up in a supernatural war between good and evil.

And if those real-world parallels aren’t enough, production on the series finished March 12, just one day after the World Health Organization declared the COVID-19 outbreak to be a pandemic. “It’s a tough one to ignore,” James Marsden, who plays Stu Redmond, one of the survivors, said.

“Certainly, it affected the experience of making it. But it really didn’t affect our storytelling,” showrunner Benjamin Cavill argued. There was a suggestion early on in the post-production process, Cavil said, on adding some kind of reference or mention to COVID-19 (the virus in “The Stand” is known as Captain Trips). “I was adamant that it would be a huge mistake.”

Cavill describes the series as being more “Walking Dead” versus something like “Contagion” or the 1995 film “Outbreak,” the latter two of which centered exclusively on the outbreak and spread of a disease. “We weren’t going to do the kind of slow spread, or in this case, pretty quick spread, of a deadly pandemic better than ‘Contagion,’” Cavill said.

As in “The Walking Dead,” the disease outbreak is the inciting event that propels the narrative, rather than the main narrative itself. “The Stand” is arguably among King’s most famous and influential works. First published in 1979, it features the first appearance of Randall Flagg aka The Dark Man (played by Alexander Skarsgaard in the series), who is among King’s most notable villains. Flagg is also the main antagonist in King’s “Dark Tower” trilogy, which had been adapted into a 2017 film, where he was played by Matthew McConaughey.

“The Stand” features a massive cast that is among the largest for any CBS All Access series. Along with Goldberg, Skarsgaard and Marsden, it stars Greg Kinnear, Amber Heard, Katherine McNamara, Henry Zaga, Odessa Young, Owen Teague, Brad William Henke, Ezra Miller, Heather Graham, Jovan Adepo and Nat Wolff. The narrative separates the cast into two warring factions: Those on the side of Mother Abigail, and those under the dark spell of Flagg.

Kinnear says that anyone wary that the series will feel a bit too real amid the still-ongoing pandemic should take heart that it’s nowhere close to as bad as King’s fictional disease. After all, the Captain Trips virus ends up wiping out 99% of the world’s population in a matter of weeks. Despite the grim case numbers and mounting death tolls from COVID-19, the first vaccinations in the U.S. and U.K. are underway, with more vaccines appearing primed for approval in the coming weeks.

“King writes about the nuclear bomb version of a pandemic,” Kinnear said. “In fact, if you want to feel good about the pandemic we’re in, read ‘The Stand.’ It should be required reading for anybody feeling down about where they’re at. Because, obviously, he takes it to an 11.”

“The Stand” has already been adapted once before with a four-part 1994 miniseries. A new version had been in development since 2014 as a film, before being turned into a TV miniseries at CBS All Access in 2018.

CBS All Access, which will be rebranded into Paramount+ early next year, is trying to make its mark amid the ever-increasing streaming landscape that appears to be dominated by Netflix and Disney for the foreseeable future. Up until now, CBS All Access had largely gained a foothold by relying on its largest franchise, “Star Trek,” which includes “Discovery” and “Picard,” along with the animated “Lower Decks,” and is set to expand further with “Strange New Worlds” and the still-in-development “Section 31” series.