Sexual consent is far too often oversimplified to a clear choice of either yes or no. But I May Destroy You dives right into the gray area where varying depictions of intimacy and consent are overlooked or considered taboo. Often jarringly authentic, intimate scenes in the HBO series range from consensual period sex, to assault between gay men, to date rape, to nonconsensual “stealthing,” whereby a man removes or damages his condom during intercourse without his partner’s knowledge. By treating these moments with sensitivity and nuance, the revolutionary show has changed the way we view sex on-screen.

I May Destroy You predominantly follows Arabella (Michaela Coel) through her journey to uncover the perpetrator who drugged and sexually assaulted her on a night out. But as the show progresses, we learn that her two best friends, Terry (Weruche Opia) and Kwame (Paapa Essiedu), have also experienced varying degrees of exploitation. During a trip to Italy, Terry, a struggling actress, is manipulated by two men into having a threesome. On a Grindr date, Kwame, a queer Black man, has a disturbing encounter in which sex begins consensually but undeniably ends in assault. Experiences like his are often used to victim-blame survivors, as if their initial consent counts as permission for blurring all sexual boundaries. The police officer who dismisses him when he reports the crime reflects how not all sexual assaults are taken seriously. For Kwame, the ramifications of assault aren’t confined to the isolated incident; his trauma is later triggered by the physical acts of intimacy.

As trauma reverberates through these characters’ lives, it’s important that the actors portraying them are psychologically safe and supported. That’s why Ita O’Brien, a U.K.-based intimacy coordinator, was vital to the construction of these intimate moments, choreographing each move, or “beat” as O’Brien calls it, to create a seamless structure of intimacy and realism between the actors.

To ensure this realism is enacted safely, each beat is composed down to the placement of hands or a certain number of thrusts in order to protect the actors’ emotional and physical boundaries. As the architect of safe spaces on set, O’Brien worked closely with the artist well-being practitioner, Louise Platt, a qualified psychotherapist, who was on call to provide emotional and psychological support for the actors while they performed sensitive content. 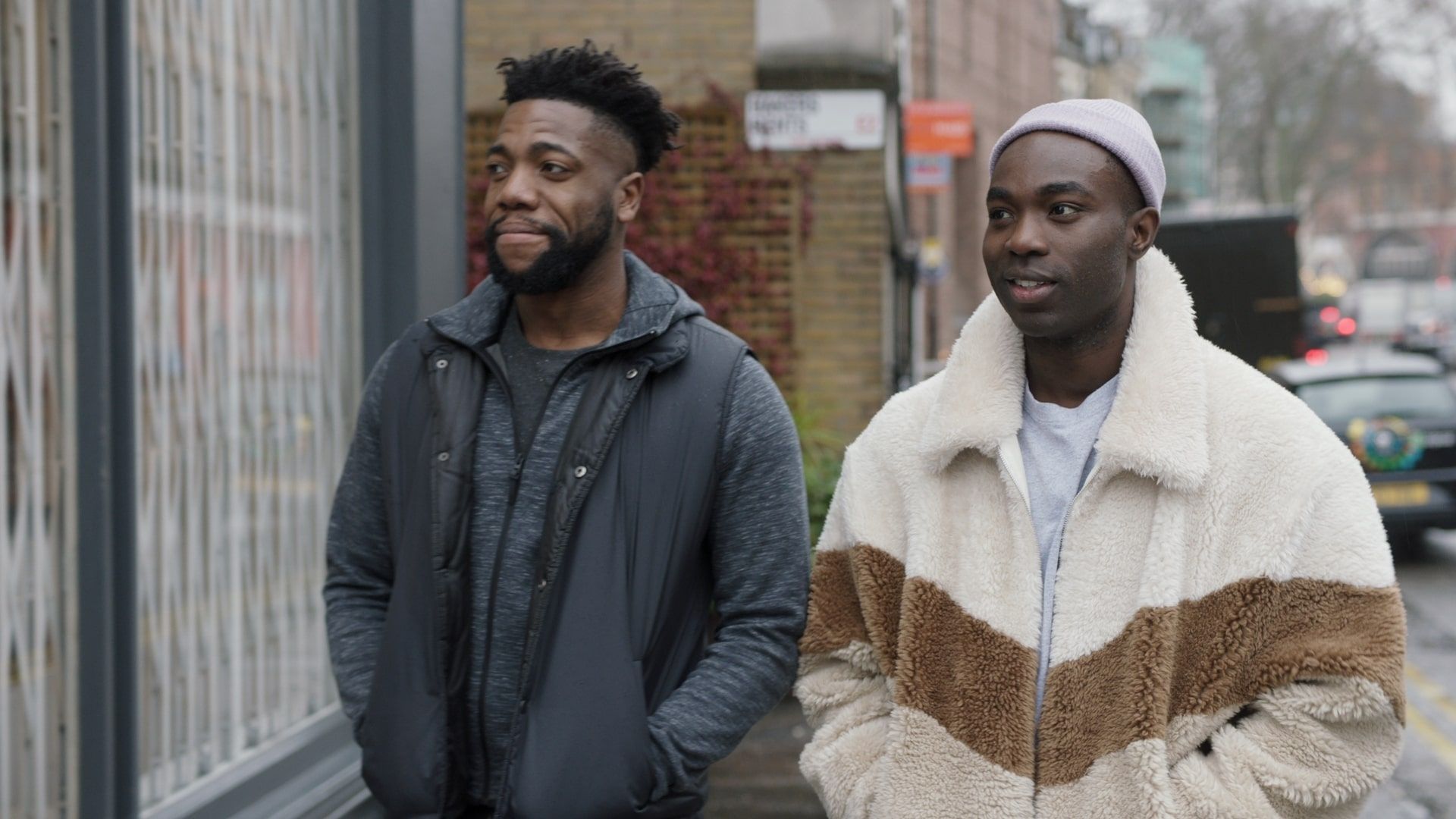 This integrated approach of therapeutic support feels quite revolutionary, as Platt mentioned on Twitter and unfortunately is a practice that, until the Me Too movement, wasn’t always followed. The infamous sex scene in Blue Is the Warmest Colour is a prominent example where actors found a sequence distressing to perform; leads Adèle Exarchopoulos and Léa Seydoux described the 10 grueling days of filming as “horrible” and “really suffering.” After Hollywood’s awakening, O’Brien pioneered the role of intimacy coordinator and developed the Intimacy on Set guidelines to ensure that scenes of nudity, intimacy, and simulated sex are performed safely without compromising the actors’ personal boundaries.

Such support and guidance is vital for a show like I May Destroy You, which was inspired by Coel’s own experience of sexual assault. To help the show creator safely bring that experience to the screen, O’Brien “supported [Coel] really clearly with the intimate content, helping her to be clear and clean, for her to step back into the role of being the actor to serve character.”

By bringing these nuanced, and perhaps unfamiliar, depictions of consent and trauma to the screen in a realistic yet respectful way, O’Brien’s work helps educate viewers and allows for the wider public debate on intimacy and physical boundaries to progress in new ways. Critically acclaimed for her work on Normal People, Sex Education, and many other shows, O’Brien speaks to BAZAAR.com about the process behind approaching and choreographing intimate scenes that vary along the spectrum of consent.

Has there been any change in approach when shooting scenes of sexual assault in comparison to consensual sex scenes?

The structure is exactly the same, it’s just the risk assessment that is upped. … The important thing in particular with nonconsensual content is obviously the emotional place that an actor is going to go to, so you need to take more care. Of course, there’s a possibility that this could be triggering, and that’s not just for the people who are performing, but it could be anybody who’s involved; it could be the wardrobe person or someone watching on set. So, first of all, it’s just having that awareness, and that’s where I co-worked with the artist well-being practitioner Louise Platt to support the cast and crew, and even people working in the office.

There’s a really clear structure [practiced] without any emotion whatsoever so that everybody feels completely safe.

Also, the clarity of the [actors’] physical structure is even more important when there is challenging emotional content within the scene. … And, of course, [if] there’s that sense of violence, being pinned down, that there is complete control of the person, this is being done too so there is clarity of storytelling, but also, there’s complete safety in how those holds are done.

Then [we move] through it a couple more times [with] no emotion whatsoever so that’s just following a structure—that’s pants down, head there, arm there, a certain amount of thrusts. So, there’s a really clear structure [practiced] without any emotion whatsoever so that everybody feels completely safe, and that means when the camera starts rolling, they can really release into that emotional journey.

That emotional journey must be hard to navigate for actors. How do you work with an on-screen performance of trauma has the potential to affect performers in real life?

Right from the get-go myself and the production were very clear to put in place best practice and to really honor Michaela’s storytelling, but also to take care. That’s why we put in place good rehearsal time, not just for Michaela, but also, for example, the scene with the three men of color [Kwame’s sexual assault], through to the moment of assault. We rehearsed that right from August before anything else had started. That was so positive and also so needed, that those men had that opportunity to come together with Michaela, with Sam [Miller, co-director] and myself, to really interrogate the scene, trying out and understanding the process of agreement for consent of touch, making sure that the positions chosen were authentic and checking out how everybody felt about it. 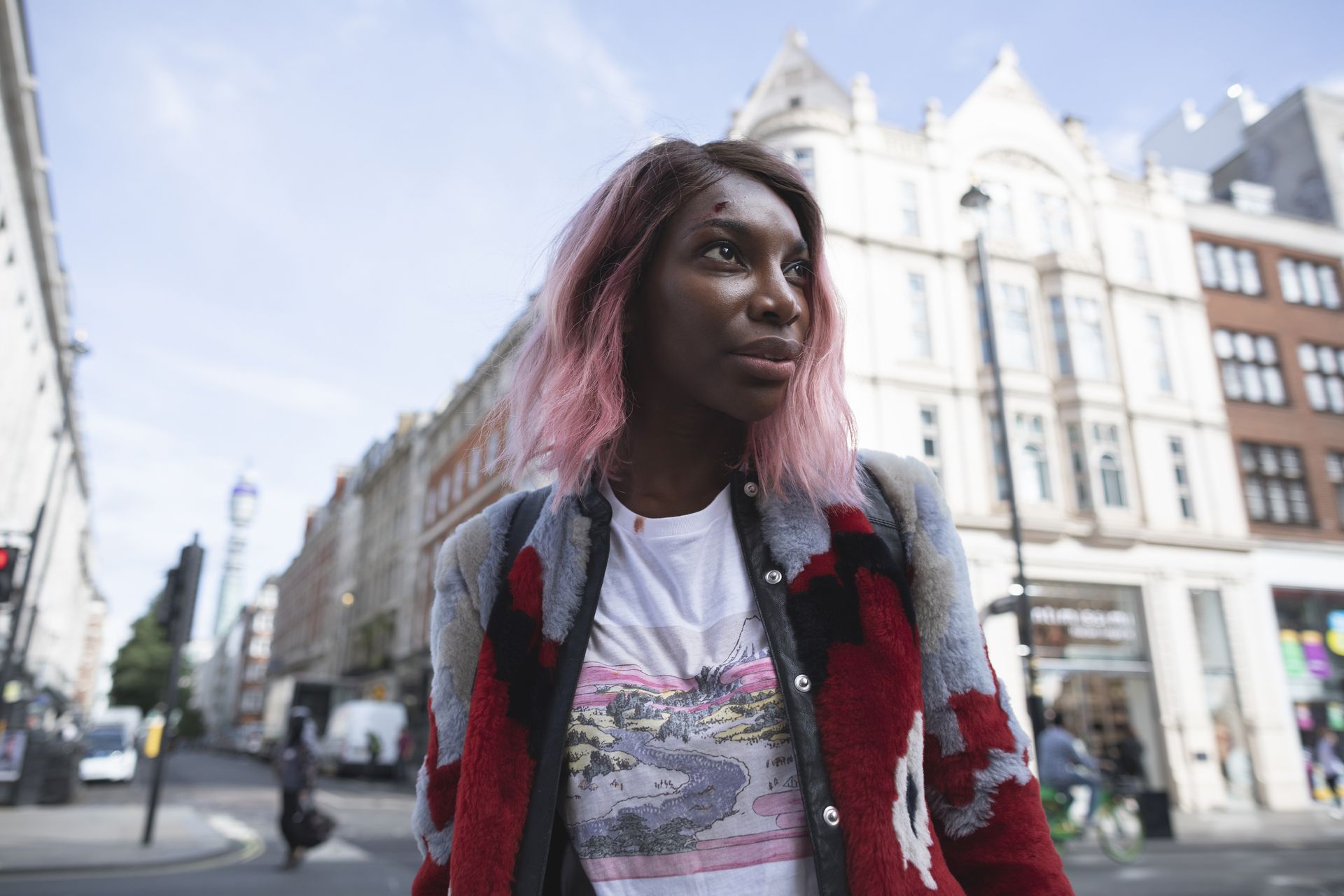 In regard to Kwame’s sexual assault, it’s rare to see rape scenes between gay men on-screen, particularly sexual encounters that begin consensually, and then end in assault. How did you approach that nuance of initial consent?

What was really important was that the assault was not penetration but using body against body. There was that sense that the abusive character wanted to have that nakedness of buttock but didn’t want to penetrate, and so there’s all those details in there that we wanted to make sure were seen. All of that detail was discussed … and again you’re always checking out with agreement of touch and agreement of nudity [for the actors involved].

Then we had that schism when Kwame is with Nilufer [Pearl Chanda], and again, he’s now the one on top, and while that moment of intercourse where he’s on top right through to orgasm was consensual, he’s then got that flashback [of his own sexual assault] and you’re seeing that in his eyes and we worked. So we had that choreography repeating, and then those positions [of the assault] were repeating. So that it tells a story, we can all be proud of it, and it’s highlighting something that absolutely needs to be shown. But we need to make sure our actors are doing that feeling empowered and autonomous and proud of their work.

That storytelling process must become complicated when it has been inspired by Michaela’s own assault. How do you navigate scenes that may trigger or revisit trauma?

My work as an intimacy coordinator is making sure that you’re helping the actor to serve character. Really taking extra time to focus on character; this is the character’s experience, and this is what the character is going through. Through this [use of] language and the [process of] naming the character makes sure that even though this may have been a lived experience, they’ve now fictionalized it and can use the experience in their craft to create a piece of art. And, of course, sometimes those moments happen where the actor is scuppered, and absolutely that is where Michaela was able to call on the artist well-being practitioner in order to support her at those times if that happened. 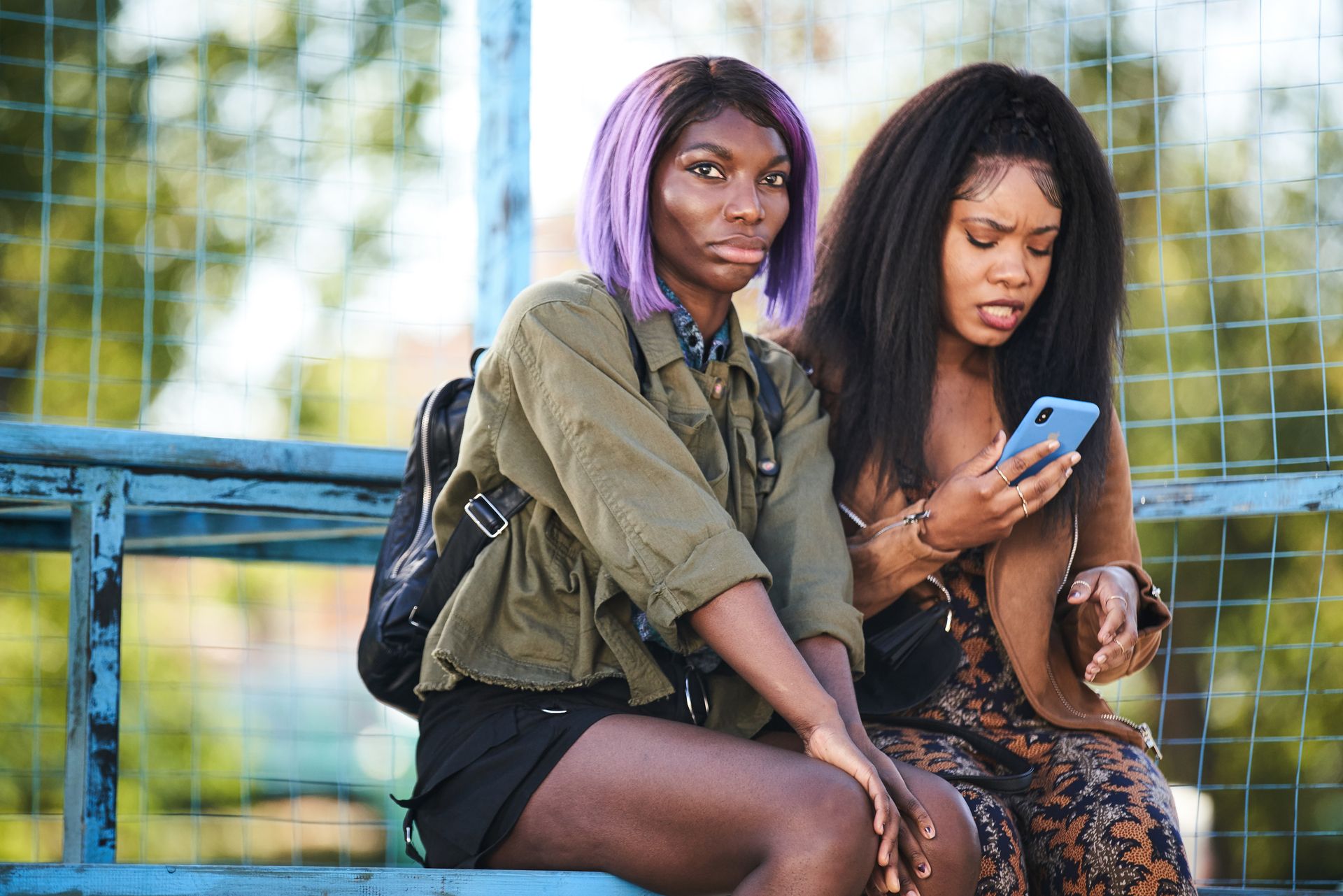 Are there any techniques used to ensure that actors leave behind the disturbing emotional content they have performed on set?

What’s really important—and I put this in place in all scenes, but it’s more important with abusive content—that at the end of the day, I invite the actor to put in place the techniques to really let go of where they’ve been to with that scene. Each actor might do something differently. I might say, use this time to consciously take your character’s costume off, and then consciously put back on your own costume so that you really reset. Others might prefer to use a shower, but it’s about making sure that you consciously and physically, emotionally and psychologically, do what you need to do to step out [of character] and let go.

Honor yourself for having done a good day of work, you’ve told that storytelling well, and then step back into yourself. I always check in with the actors a couple of days after to make sure that if there is some residue there, the actor has the opportunity to share with me, and if something needs to be done to support with production, that can be put in place.

If you or someone you know is affected by sexual assault, contact the National Sexual Assault Hotline at 800-656-HOPE (4673) or find support online at rainn.org.

This interview has been edited and condensed for clarity.