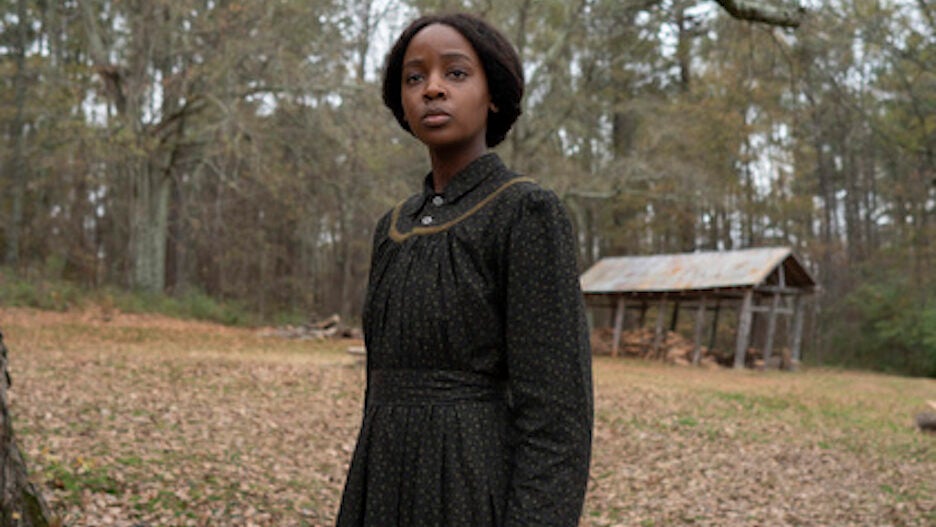 Ambient sound is a staple fixture of popular entertainment, except viewers often struggle to really hear it over the din. In Barry Jenkins’ Amazon limited series “The Underground Railroad,” adapted from the heralded Colson Whitehead book and told in 10 chapters of varying length, the experience of absorbing the atmosphere is unmistakable. As it charts the mystical, harrowing course of young Cora’s (Thuso Mbedu) journey through the escape of slavery in the 1800s South, viewers hear every deep breath, every crackle of fire, every crinkle of leaves, omnipresent crickets and bugs, and in the most gut-wrenching example, the unsettling resonance of a whip lashing into human flesh.

“I was born in Georgia and lived there for a little bit of my youth,” says sound supervisor Onnalee Blank, nominated for both sound editing and mixing at this year’s Emmys. “So, I was really into the history of slavery. It was it was so great how Barry took the book and made it into chapters like this. And so, from this Phase I, I made a Word document that’s based by episode number to figure out what we need to record, and what the soundscape might be, so that I can start building my sound library. When we started the project, Barry said to think of sound as a character, not just an element that we’re using to facilitate,” says Blank, who has also worked on Jenkins’ Oscar-winning films “Moonlight” and “If Beale Street Could Talk.” “So, we were diving deep into how we can make it strange, but not take away from the story.”

As has been the case for many viewers due to the series’ intensity, Blank was not alone in the toll taken living within the reiterations of this traumatic period of American history. “When I first started working on the show, I was having a hard time working on it merely because of the subject, it’s really hard emotionally. And Barry said, ‘You know, my ancestors lived this, and this is a lighter version of it, just look at it through their eyes.’ And this story needs to be told. So, once you realize that, you just hunker down, and you do it.”

Unlike most narratives, “The Underground Railroad” by its very design of the story being told doesn’t stay in one place for too long, which creates a unique challenge for a sound designer. “We did not use any repeat audio, and the story takes place in different states,” adds Blank. “In a lot of series or even limited series, they’re taking place in the same locations, right? This one is not, so it was almost like doing 10 movies.”

And the proceedings often take place in exterior settings, so the idea of the cozy soundstage is not something the team could often fall back on. “Since everything was outdoors, I never liked the backgrounds or the environments to be stagnant. They always have to be changing. And so, the goal was to keep it as interesting as much as possible throughout the show. And that’s a lot of mixing.”

Here is an example of three different clips of a scene from the first episode, illustrating the detailed audio work of Blank and her colleagues.

Blank is a four-time Emmy winner in the sound categories, for HBO’s “Game of Thrones”, and insists she has but one important ask for her projects. “Kindness,” she says bluntly, citing director Jenkins, composer Nicholas Brittell (also both Emmy-nominated for their work) and director Destin Daniel Cretton as recent examples of such, the latter being another frequent collaborator with whom she just worked with on the long-awaited Marvel film “Shang-Chi and the Legend of the Ten Rings,” out Sept. 3. “It comes from the top, you know? There have been a couple of times where you got stuck working with someone who’s maybe not so kind and the quality of the work suffers, because people are frightened to be their true creative selves.”

“The Underground Railroad” is now streaming on Amazon Prime Video