Gene Hackman is one of the great movie actors of any era. His career arc mimics his acting hero James Cagney, but Hackman tops Cagney when it comes to the number of Oscar wins. Hackman has several memorable performances to his name in addition to his Academy Award-winning roles. One of those memorable performances came in 1986’s Hoosiers. It’s a fan-favorite movie, but director David Anspaugh said working with Hackman was one of the most unpleasant experiences of his life.

Hackman shined as a high school basketball coach in ‘Hoosiers’

Hackman plays Norman Dale, a disgraced former college coach who takes over as the head coach at the fictional Hickory High School. Dale teams up with an alcoholic former player to change the mindset, expectations, and results of the small team.

Hackman knew about the true story since he grew up in the region, as he once told GQ. He also admitted to GQ that he accepted his Hoosiers role because he was desperate for money. You wouldn’t know it from Hackman’s performance in the movie, but director David Anspaugh said working with Hackman was a terrible experience since the legendary actor was so disagreeable throughout the shoot. 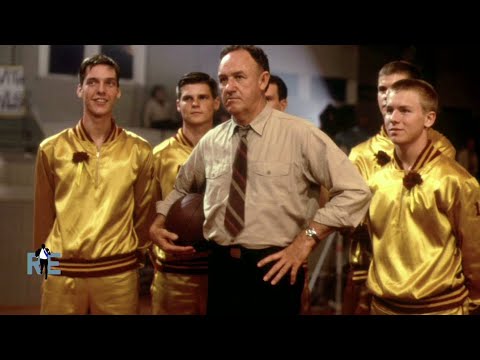 Hoosiers was Anspaugh’s first feature film after years working on TV. Hackman took on the project when he was desperate for money after a run of disappointing movies in the early 1980s. That mix of personalities and circumstances led to some strife on set.

As Anspaugh told the Rich Eisen Show (via YouTube), Hackman didn’t find the shoot enjoyable in any way.

“That was one of the most unpleasant experiences in my life, and Gene’s performance was, I don’t know, as close to perfection as one could get. I learned so much from him. That was my first feature film. I had done Hill Street [Blues] and St. Elsewhere and Miami Vice, but that was my first feature, and to work with someone of that stature, not to mention Barbara [Hershey] and Dennis [Hopper] and all, but Gene was in almost every scene in the movie, and Gene was a bit, let’s just say, minor league disagreeable. It was not fun for him.”

Working with Hackman was not an easy experience for Anspaugh, who also directed another emotional sports movie in Rudy, but he admitted to Eisen that Hackman’s performance was brilliant.

“He was brilliant, but he was really, really difficult. Part of it was my nerves, too, you know? I was trying to film a movie that I had been dreaming about for 20 years, that Angelo [Pizzo, writer] and I were trying to make, and the whole thing was very surreal.”

Hoosiers didn’t end up being one of Hackman’s box office smashes, and he didn’t earn an Oscar nomination despite the “brilliant” performance, but it still got some love from the Academy.

Working with Hackman proved to be a nightmare for Anspaugh, but the result was a classic film, some lessons learned for a first-time filmmaker, and some love on the awards circuit.