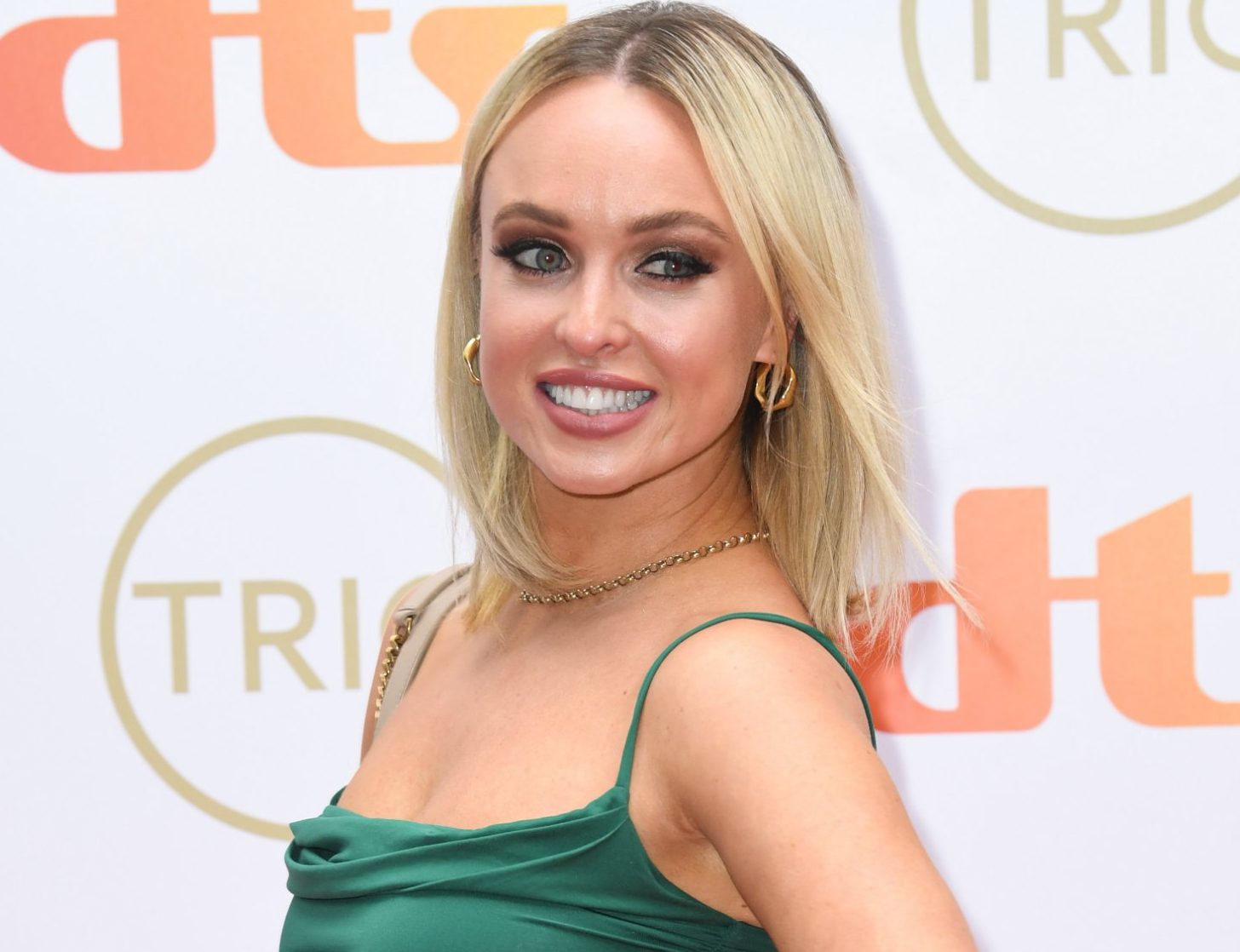 Hollyoaks star Jorgie Porter is expecting a child with her fiancé Ollie Piotrowski.

This will be the actress’ first child and her happy news comes after Jorgie miscarried quadruplets last year, previously saying ‘the day we found out, we lost four pieces of our hearts’.

Now, Jorgie and her husband-to-be are looking forward to ‘hopeful beginnings’ after sharing her story to raise awareness of her heartbreak with the ‘million to one pregnancy.’

Announcing the exciting news on Instagram, the 33-year-old shared the most adorable video to reveal a picture of her scan, with her and Ollie removing their hands from the photo one at a time, before their dog was the final family member to remove his paws, showing the black and white ultrasound in all its glory.

Jorgie – who first appeared in Hollyoaks in 2008 – added a piano cover of Can’t Help Falling In Love by Elvis Presley in the background – the perfect song choice for her sweet news.

The official Hollyoaks account also shared her video, with the soap overjoyed for the Theresa McQueen actress to be expanding on the famous brood.

‘Huge news! We have a little, tiny new McQueen on the way! Our beautiful Jorgie Porter is pregnant! Congratulations all round, this is the best news ever,’ they wrote on their Story.

Jorgie and Ollie were soon inundated with messages of congratulations from her Channel 4 co-stars, with Kieron Richardson writing: ‘❤️❤️❤️ the best news baby pio-ports’.

Not long ago, Jorgie opened up about struggling to find anyone to talk to who had also had a miscarriage, since it isn’t something we are ‘taught about in schools’ and we have to find out what it’s like through ‘magazines.’

That’s why she decided to go public with her own story, appearing on Loose Women to describe being rushed to an emergency appointment where she was shocked to find out that she was expecting four babies.

‘When she said the word quadruplets, there was a bit of swearing – I said, “My body is too small, I can’t imagine that happening!”,’ the actress said.

Revealing that her pregnancy had been ‘not really that enjoyable’ because ‘having the hormones times four was just so hard’, the couple then discovered on the sixth scan at 14 weeks that Jorgie had sadly experienced a miscarriage.

She said it was ‘quite shocking’ as the couple were ‘ready for a girl gang’.

‘It was a missed miscarriage so my body was still being pregnant and still doing the symptoms of pregnancy,’ she added, as she confirmed that she had no idea what had happened until she was told the news.

Discussing the surgery that she subsequently had to undergo, the former I’m A Celebrity star said the married-couple-to-be were warned about possible dangers, with doctors stating it might ‘not go well.’

Thankfully, Jorgie had Ollie by her side the whole time and the two are now looking forward to welcoming a little one into their lives.

Jorgie – who became engaged to her property developer boyfriend last December – had previously ruled out having children but, seven months into her relationship, she had a change of heart.