HOLLY Willoughby looked incredible as she posed for a super-sexy lads mag shoot.

The TV beauty sizzles in unearthed photos from FHM's last ever cover shoot. 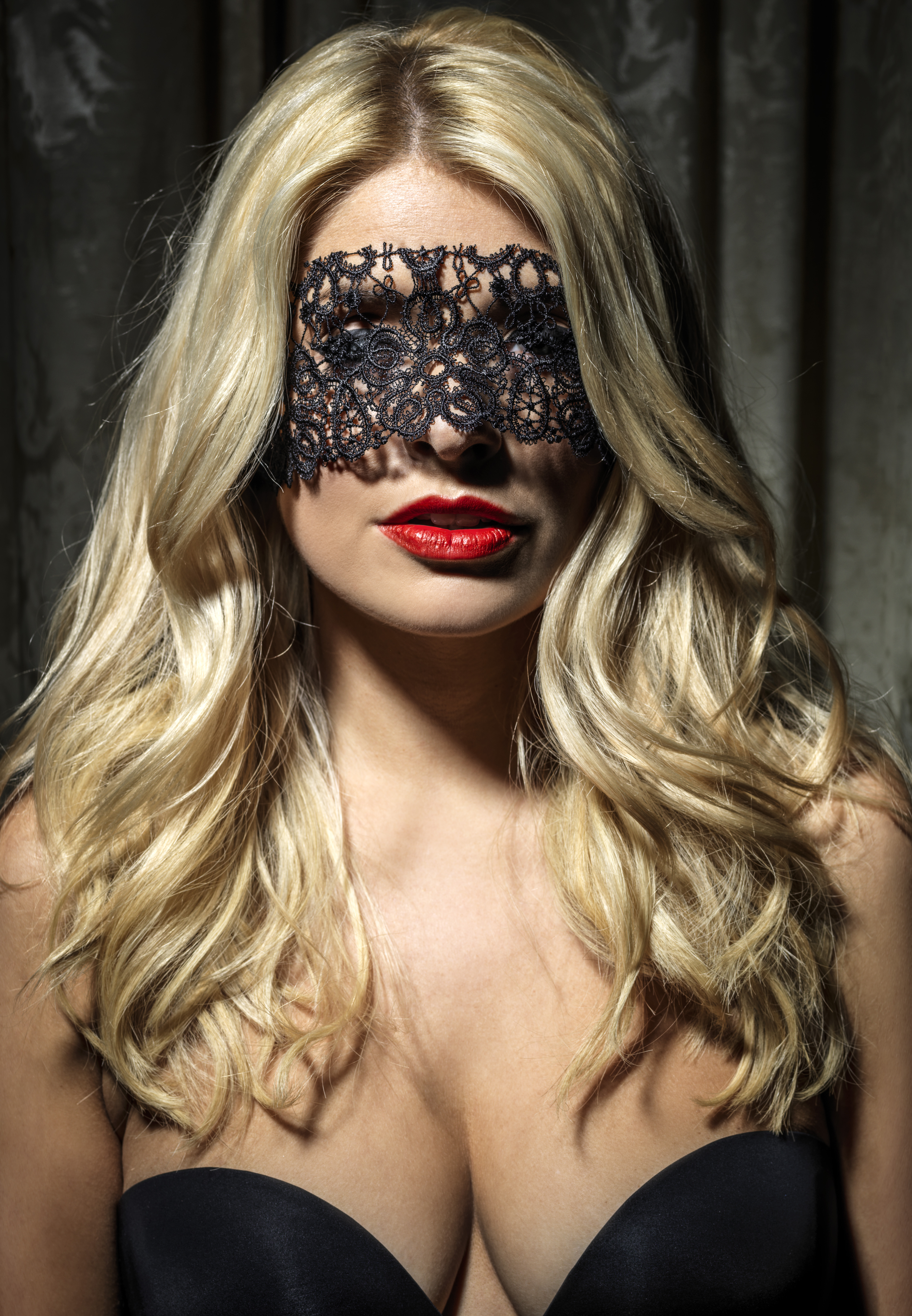 In one snap Holly blows a kiss to the camera, while bending over to show off her famous curves.

In another, the This Morning star frolics on a sofa as her skirt dress exposes her sensational legs.

Holly, 40, showed off her famous curves on the last ever cover of the men’s style magazine before it came to an end after three decades.

The star maneuvered her famous curves into a number of different poses for the snaps back in 2016. 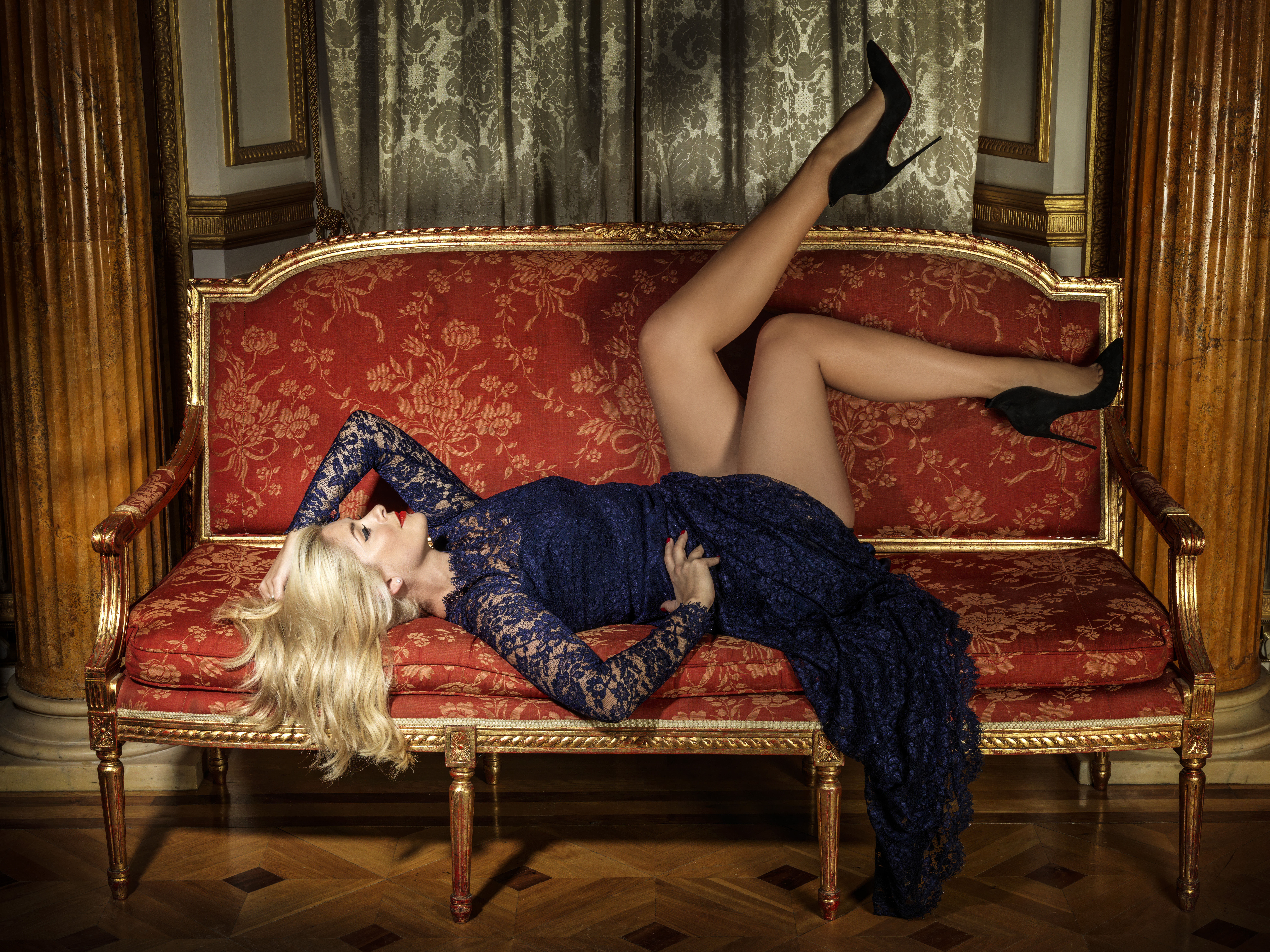 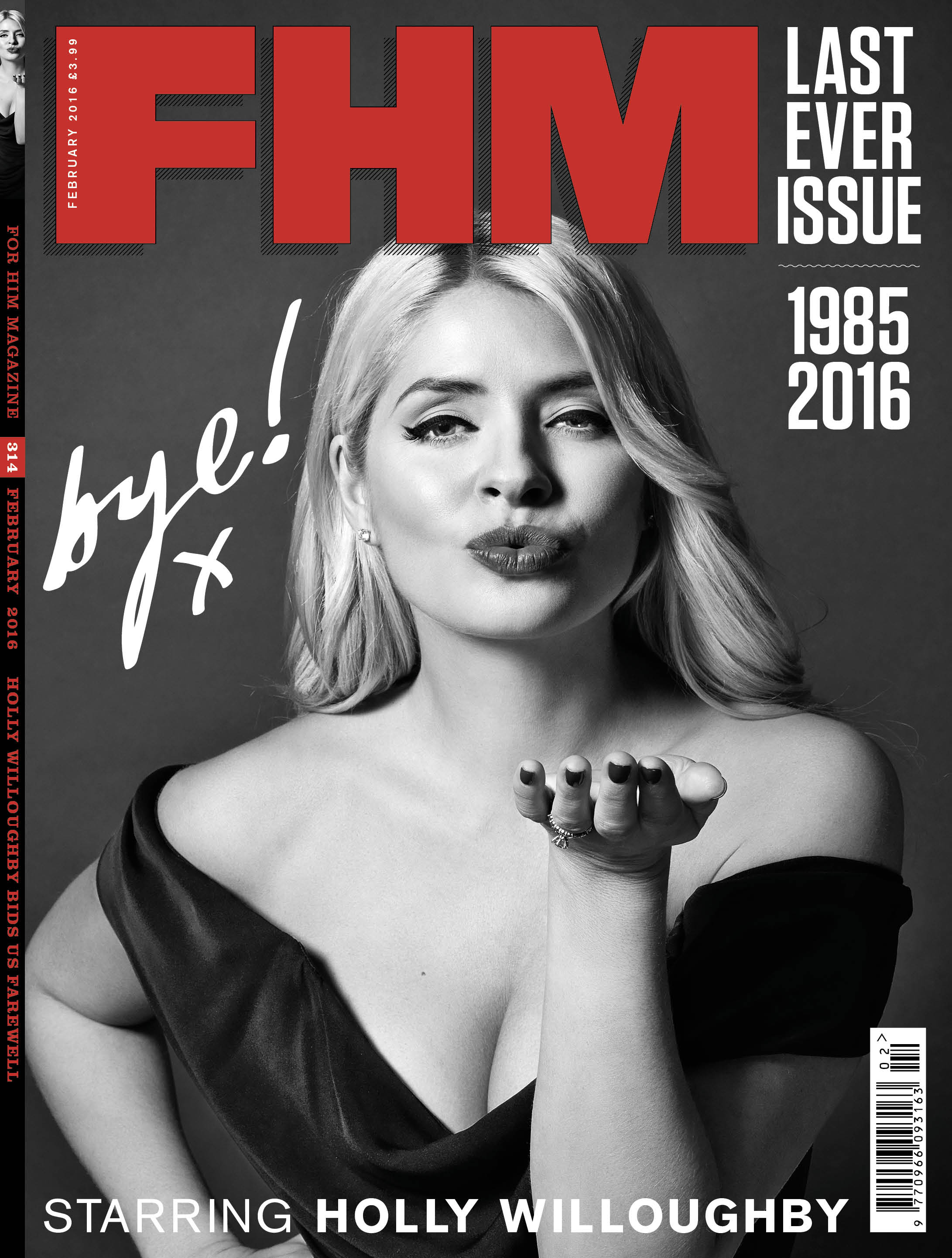 But This Morning star has ruled out stripping off again for a lads mag due to being a mum of three.

The former lingerie model said: "If you look on FHM I was very well dressed but do you know what I think probably that was a way to say goodbye to all of that. Like, I’ve had three children.

"Listen there is enough lurking about online to keep my fans busy for a long time.

"Never say never, but I really think now I’m a mum of three – like I don’t think we need to see that anymore." 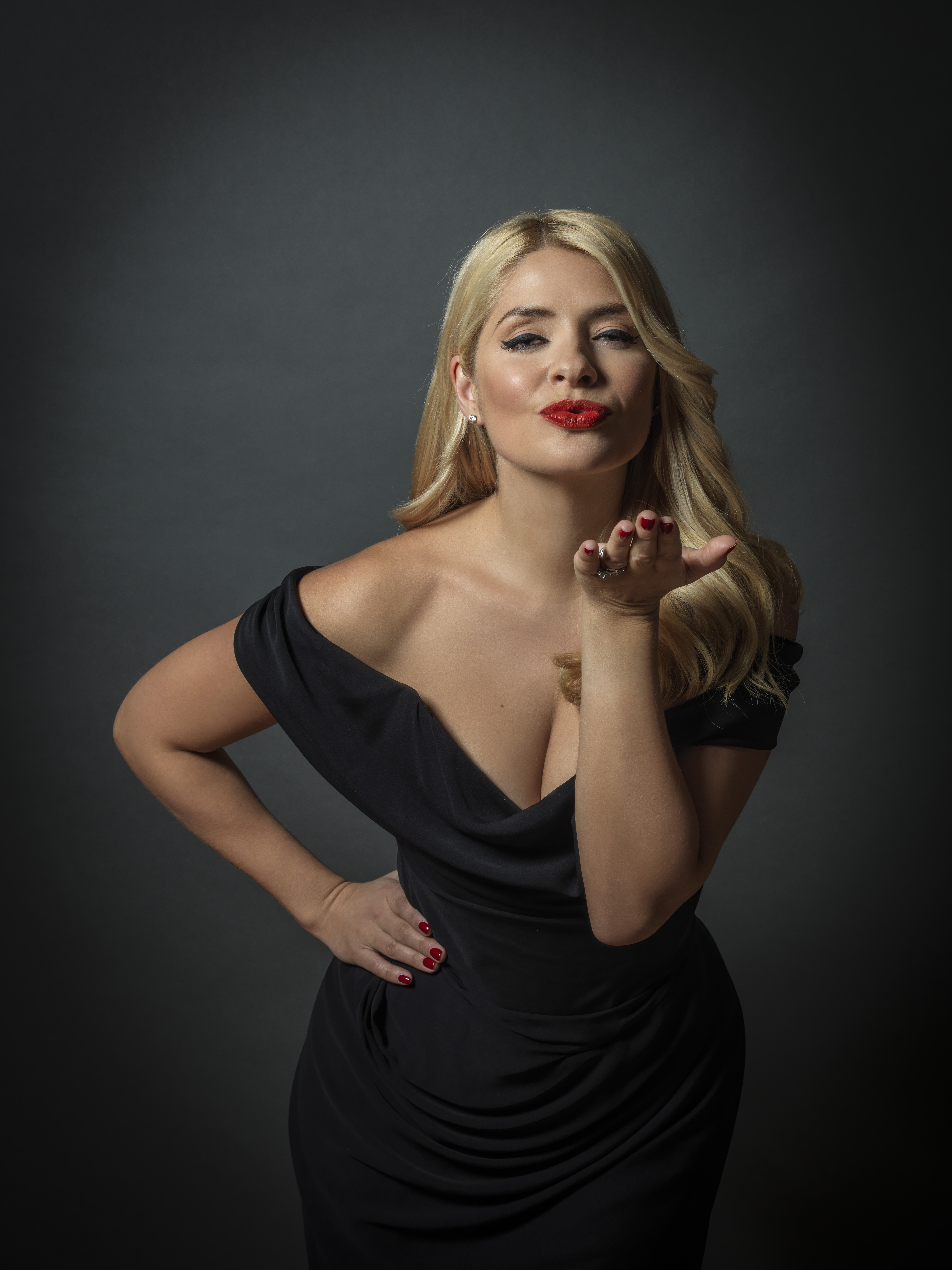 Holly first showed off her famous cleavage at 18 years old in a Pretty Polly advert.

She said back in 2017 that she “really likes” the racy snaps and sees them as a good reminder of her youthful curves – and she even plans to show them to her grandkids.

She told The Sun's Bizarre column: “I didn’t mind when the pictures came out again no, of course not.

“It was a really nice ad, I mean it was quite a cool ad at the time to do and I remember when it came up and I did it.”

She added: “It’s nice to have those things, if you can’t do that when you’re younger then you know.

“I did look so young, I had my natural colour hair. It’s great to look back on those things and remember.

“You know when I’m a grandma I can look back and go look, this is what I used to do. I think it’s really nice to have those things, I liked it. I really liked it" 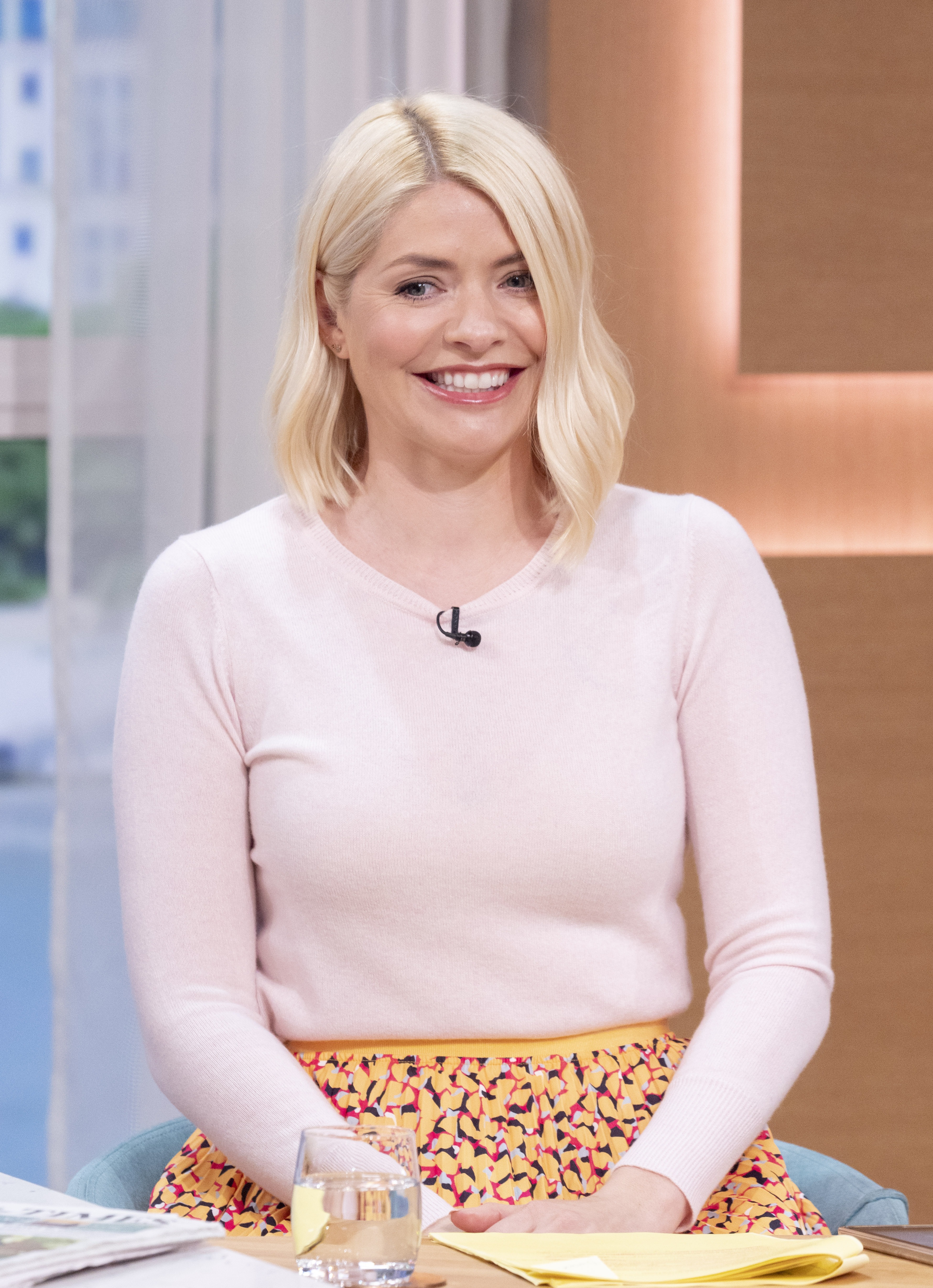