Holly Willoughby and Phillip Schofield confronted a hunter on This Morning, after she defended the killing of one of Botswana’s biggest elephants.

Trophy Hunter Olivia Opre argued that the elephant was very old and was on his own rather than being with a herd, and that trophy hunters help communities.

‘There is also an argument that it leads to unnecessary suffering so you have Cecil the lion, that 12-year-old lion – we all saw those pictures in 2015 – shot with a crossbow and left to suffer apparently for 14 hours before the hunter went back to kill him. That’s not okay is it?’ Phillip asked.

Olivia responded: ‘Hunters take pride in making sure that the weapon they’ve chosen, the bullet that they’ve selected is going to have the quickest death to their life.’

‘That one didn’t,’ Holly interjected.

‘But you also have to look at nature. What does nature’s death look like? He’s either going to get stabbed by another bull, he may be poached, or he may starve,’ Olivia said. 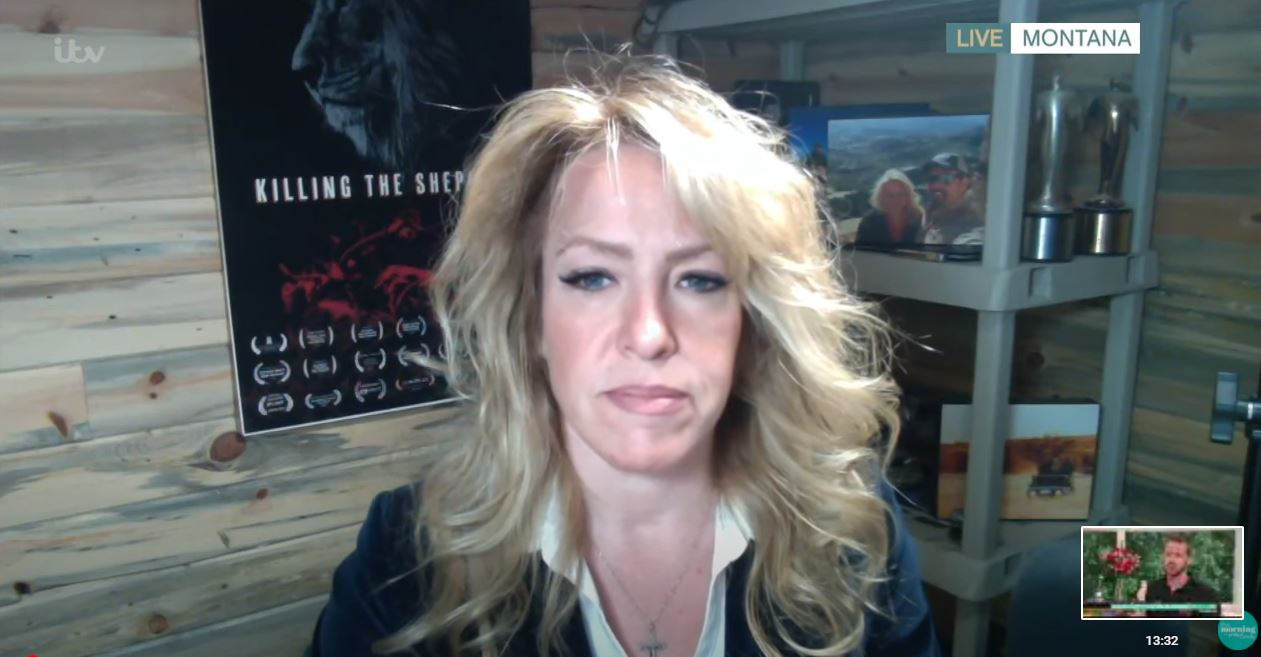 ‘It’s a bit more of a fair playing field in nature though, isn’t it?’ Holly asked.

‘Nature is going to put disease forth and you’re going to have hundreds of elephants that were killed just this year because of overpopulation,’ Olivia argued.

‘Where do you stop then?’ Phil asked. ‘If you’re saying, “Nature now has no place in the animal kingdom, all of these animals are going to die anyway so we may as well just kill them.”‘

Giles Clark, Director of The Big Cat Sanctuary in Kent, argued against Olivia’s point that killing an older bull would not have an impact on the herd, saying that multiple studies suggest older males have a big impact on elephant herds.

A second elephant was also killed, thought to weigh 90 pounds.

The hundred-pounder was reportedly in his 50s – past breeding age – and was killed with a single shot.

Kachelhoffer was instantly hit with criticism online and has since made his Facebook profile private.

But he went on to defend the hunt to podcast Blood Origins host Robbie Kroger.

He said: ‘To be in a position to hunt a bull like that, it’s an incredible privilege.

‘You know, there’s more to it than shooting a bull, taking a photograph, becoming a hero and all this other nonsense.’

He argued that hunting is a ‘sustainable conservation tool’ which also helps to fuel the economy by creating jobs and food for the country’s locals while attracting tourism there.

Kachelhoffer’s hunt provided work for his trackers and meat for 350 surrounding villages.

Hunters have long argued that they are contributing to conservation, mostly because they create a financial, commercial incentive to manage and protect wildlife.

Activists say that animal population numbers should be more of a priority and believe that financial incentives can be provided in other ways.