Theaters are waiting for “F9” to get business going again 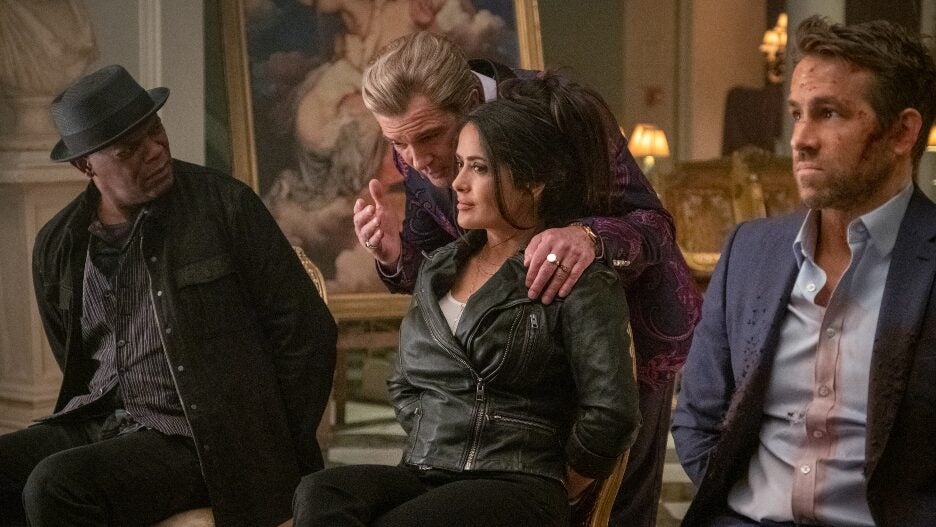 The release of Lionsgate’s “The Hitman’s Bodyguard’s Wife” has done little to slow the decline in overall box office numbers since Memorial Day weekend, taking the No. 1 spot at the box office with an $11.3 million weekend total from 3,331 screens and meeting pre-release projections with a $16.6 million 5-day opening.

Since the release of Paramount’s “A Quiet Place — Part II” and Disney’s “Cruella” at the end of May, overall numbers have dropped 14-18% each weekend as only one June release — Warner Bros.’ “The Conjuring: The Devil Made Me Do It” — has posted an opening weekend of over $20 million. This weekend, overall grosses fell 18% to an estimated $47 million, leaving theaters to wait for the release of “F9” next weekend to get business going again.

But “Quiet Place II” has continued to be a pillar of the recovering box office, taking the No. 2 spot this weekend with $9.4 million as the horror sequel has now reached a total of $125 million in North America. “Cruella” is also showing a decent hold with $5.1 million in its fourth weekend, putting it alongside “The Conjuring 3” for the No. 4 spot on the charts as it has reached $64.7 million domestic and $160 million global to go with undisclosed PVOD sales on Disney+. “Conjuring 3,” meanwhile, has a domestic total of $53.5 million after three weekends.

On the flip side, last weekend’s new releases, Warner Bros.’ “In the Heights” and Sony’s “Peter Rabbit 2,” aren’t faring so well in their second frame. Hopes that the Lin-Manuel Miranda musical could leg out from critical acclaim are gone now as the film fell 62% from its disappointing $11.5 million opening for a $4.3 million second weekend total, dropping it to No. 6 on the charts with a 10-day domestic total of $19.8 million.

“Peter Rabbit 2” is doing better, taking in $6.1 million in its second weekend for a 40% weekend drop $20.1 million total domestically and $70 million globally. There’s still a shot for this $45 million sequel to reach the break-even point, but a comparison to the $48.4 million domestic total of the original “Peter Rabbit” shows how far the box office still has to go to recover from the pandemic. Given that many summer family films are either hybrid releases, like the “Boss Baby” and “Space Jam” sequels, or have moved back like Sony’s “Hotel Transylvania: Transformania,” this section of the theatrical market has a long way to get back to normal.

Farther down the charts, Focus Features released Edgar Wright’s music documentary “The Sparks Brothers” in 534 theaters this weekend, grossing $265,000 for a per theater average of $489. The documentary tells the career of the Sparks, a highly influential cult rock band that inspired many famous musicians over the past 50 years. Reception has been strong for the film with a 96% critics and audience score on Rotten Tomatoes.

Finally, Warner Bros.’ “Godzilla vs. Kong” has joined “Quiet Place II” as the second post-pandemic film to gross $100 million in North America, hitting the milestone after grossing $250,000 in its 12th weekend in theaters. The MonsterVerse blockbuster has grossed $442.5 million worldwide since its March release.