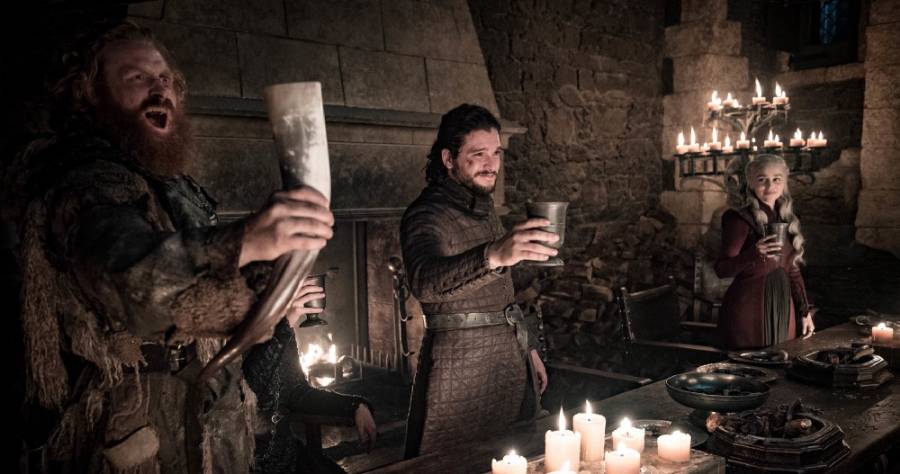 “Game of Thrones” has edited out an errant coffee cup from last Sunday’s episode.
The Great Coffee Cup Gaffe inspired a ton of memes and elicited a light-hearted response from HBO, but it seems the show wasn’t content to let the anachronistic item remain. As of Tuesday morning, the streaming version of the episode, “The Last of the Starks,” available on HBO Go and HBO Now had been edited to remove it.
Here are screenshots comparing the moment, before and after the new change:

After eagle-eyed fans first noticed the coffee cup on the episode, HBO initially made fun of the error, tweeting, “The latte that appeared in the episode was a mistake. Daenerys had ordered an herbal tea.”
And the show’s art director, Hauke Richter, told Variety, “It’s not uncommon for such misplaced elements to mistakenly end up in the final cut of TV shows and movies.”
Of course, with streaming television, “final cut” is becoming a loose term.