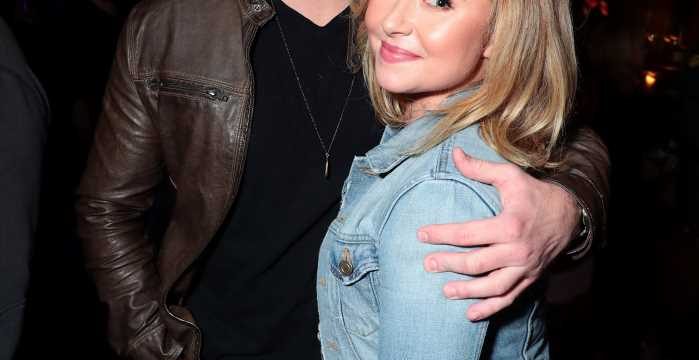 On May 23, the L.A. County District Attorney’s Office charged Hickerson with one count of felony domestic violence following his arrest on May 3. Hickerson pleaded not guilty to the charge, a spokesperson for the District Attorney confirmed to PEOPLE.

According to court documents obtained by RadarOnline, Hickerson appeared in court on Wednesday, when a Los Angeles superior judge listened to testimony from the police office who responded to the domestic violence call on May 2. During the hearing, the judge denied the motion to dismiss criminal charges against Hickerson and declined to consider a lesser misdemeanor charge.

Panettiere’s family exclusively tells PEOPLE, “We are hopeful that the judge makes the right decision. It’s an important message in terms of domestic violence for all women.”

“I understand he has no record, but the problem I have, counsel, is that this was not the first attack,” the judge said, according to Radar. “Just very recently, prior to this in Puerto Rico, something happened … and those are the marks on the victim. This happened twice this time. It wasn’t enough for him to cause her nose to bleed by hitting her with an open palm … he followed her into the bedroom and was the aggressor again, causing that severe swelling and bruising on the cheek and marks on her neck. Give that, in my mind, the evidence has shown these are three different attacks by your client on this victim, once in Puerto Rico and twice that night … I’m going to hold him on the felony.”

The Nashville star, 29, was first linked to the aspiring actor last August, shortly after reports circulated that she and then-fiancé Wladimir Klitschko (the father of her 4-year-old daughter Kaya) had split.

If convicted, Hickerson faces up to four years in prison. He could not be reached for comment.

If you suspect domestic violence, call the National Domestic Violence Hotline at 1-800-799-7233, or go to thehotline.org. All calls are toll-free and confidential. The hotline is available 24/7 in more than 170 languages.