THE haunting moment Chadwick Boseman hinted about his secret cancer battle has been revealed.

The 43-year-old died on Friday – four years after being diagnosed with colon cancer. 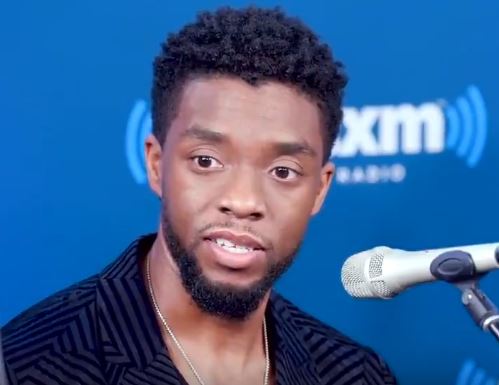 in an interview he did with the Huffington Post in 2017, Chadwick said: "'One day I'll live to tell the story."

Reporter Matthew Jacobs said he had been "through the wringer" as they spoke about the difficulties of bulking up and slimming down for Black Panther.

"You have no idea. One day I'll live to tell the story." 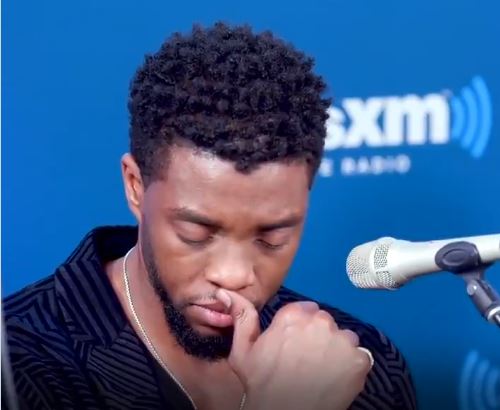 A year later, Chadwick was filmed breaking down and crying while talking about two children with cancer, who he had been in contact with.

He said that the two boys, Ian and Taylor, who were terminally ill, were excited about seeing the movie Black Panther come to life.

At the time of the interview, he had been diagnosed with stage three colon cancer. 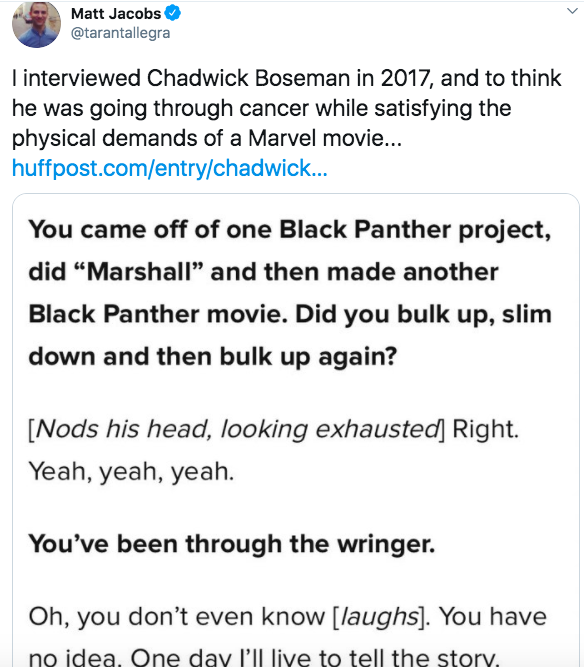 "I did live life waiting for those moments. And so, it put me back in the mind of being a kid just to experience those two little boys anticipation of this movie."

However, Chadwick stopped as he was overcome with emotion as he recalled the boys' deaths.

Chadwick said: "And when I found out that they…"

He paused, fighting to keep his composure, before adding: "Yeah, it means a lot."

He then rested his chin on his hand as tears swelled in his eyes. 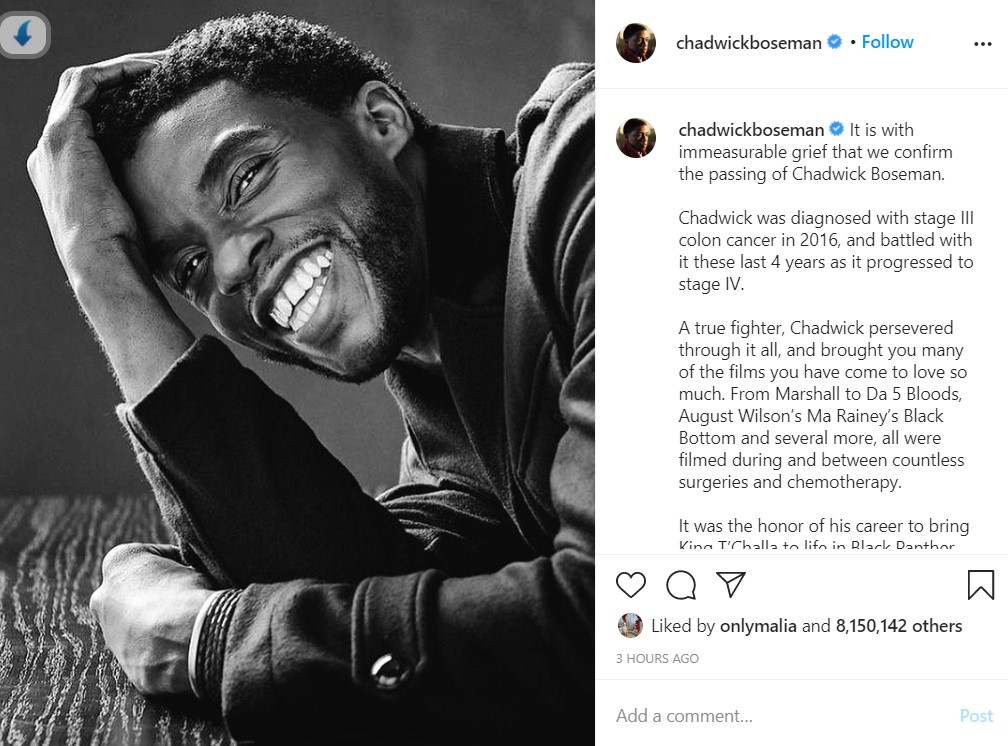 Chadwick Boseman passed away on Friday at his Los Angeles home with his wife, Taylor Simone, and other family members by his side.

His family confirmed the beloved movie star’s tragic passing on Twitter and revealed he had first been diagnosed with stage 3 colon cancer in 2016 – two years before the release of his Marvel blockbuster.

The disease escalated to stage 4 over the last four years, his family said.

“A true fighter, Chadwick persevered through it all, and brought you many of the films you have come to love so much.

“From Marshall to Da 5 Bloods, August Wildson’s Ma Rainey’s Black Bottom and several more, all were filmed during and between countless surgeries and chemotherapy,” the statement said of the star’s private health struggle.