It’s the best of both worlds for Hannah Montana alum Jason Earles, who drops by Disney Channel’s scripted-unscripted comedy hybrid, Just Roll With It, and honors the classic series with a wink and a nod. Only ET premieres an exclusive sneak peek from Earles’ guest appearance on Friday’s episode.

In the episode, titled “Shayna Pennsylvania,” Earles plays slick music manager Skeeter Swindell, who convinces Blair (Kaylin Hayman) to sign a music deal to make a her huge pop star. Sound familiar? Blair signs the deal and takes on a secret pop star identity named Shayna Pennsylvania. So secret is the deal that her family remains in the dark about her Hannah Montana-inspired move. But soon, she realizes that this secret pop star life is not for her.

“Mark my words. You sign with me and not only will we leave that crummy band in the dust, I will make you the biggest pop star in the world!” Earles’ Skeeter pitches to Blair in the clip (watch above).

But Blair isn’t biting, prompting Skeeter to throw out one last Hannah Montana-sized proposal. “Don’t worry, we’ll just give you a secret identity. No one will ever know. You’ll have the best of both worlds.” 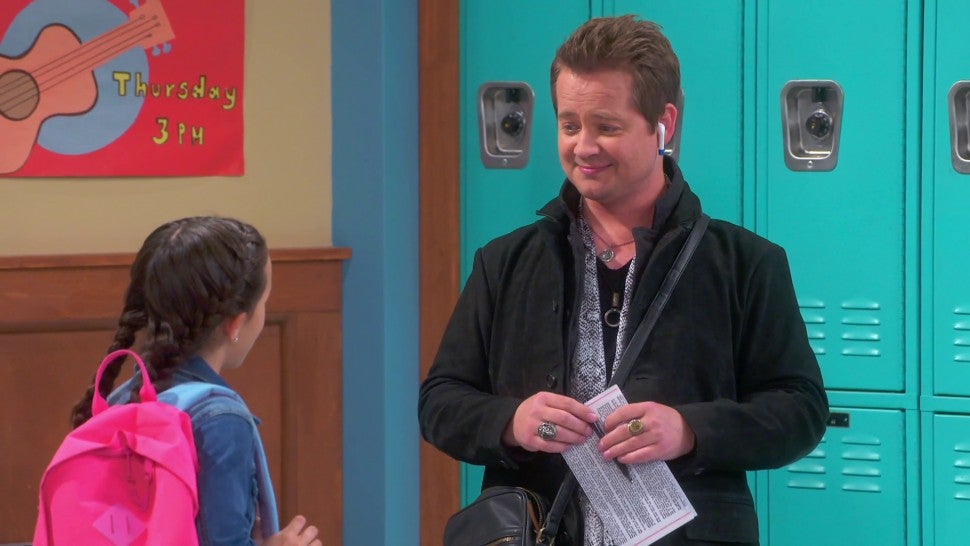 For four seasons and 98 episodes from 2006 to 2011, Earles played Miley’s older brother, Jackson, on the pop superstar’s breakout series. When Disney Channel reached out to him to appear on Just Roll With It, Earles was 100 percent “game.”

“I loved it! It was fun to play a character who is nothing like Jackson, yet still has this very funny Hannah reference that totally works,” the 43-year-old actor exclusively tells ET over email. “The audience at the live taping went crazy at the Hannah jokes. It was touching to see how much love there still is for Hannah Montana.“ 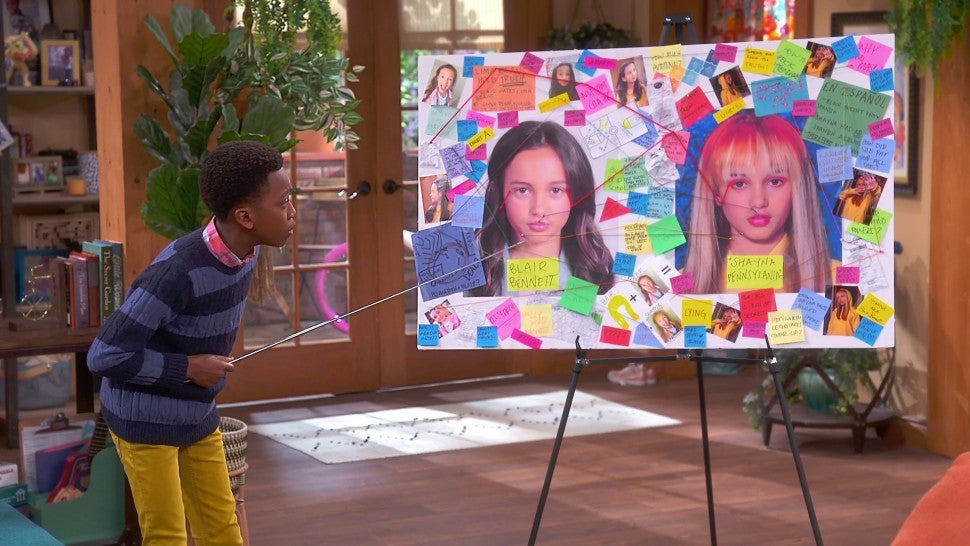 Though Earles says he hasn’t kept in touch with his Hannah Montana co-stars as much as he’d like over the years, he still has fond memories of his time on the series.

“Everyone is so busy and scattered all over the world that it can be challenging to keep up with each other. I love them all so much and I miss hanging with them every day,” he says. “But no matter how long it’s been, it feels like going home every time I see them. They will always be my family… even Rico!”

Asked to forecast how he thinks Jackson is doing today, Earles believes he’d “have a fun career, where he gets to be a man-child all day. Most likely working in something video game-related. I also think he would have started a family of his own. Could you imagine having him as a dad? How fun and obnoxious would that be?”

Just Roll With It follows the “newly blended Bennett-Blatt family — preteen stepsiblings Blair and Owen (Ramon Reed) and their fun-loving parents Rachel (Suzi Barrett) and Byron (Tobie Windham) — as they navigate everyday family life and the ups and downs of adolescence while balancing a household of contrasting personalities. Blair, often a rebel without a cause, is the polar opposite of her very regimented but loving mom, Rachel, who is a decorated military veteran and station manager for BEATZ 101 in their hometown of Akron, Ohio. Owen, a model student who thrives when following rules and detailed schedules, tries to manage his creative and charismatic father, Byron, an on-air radio personality on BEATZ 101 who frequently stirs up hijinks with his high-energy co-host, Gator (JC Currais).”

During live tapings, at unpredictable intervals unknown to the cast or audience, the scripted action is interrupted by a foghorn. The actors are sequestered backstage while the audience uses electronic voting devices at their seats to select which of the three comedic scenarios they would like to see take place next. After the votes are cast, the crew resets and the actors return to the stage to continue the unscripted scene, improvising throughout.

A new episode of Just Roll With It airs Friday, Oct. 23 at 8:26 p.m. ET/PT on Disney Channel. Hannah Montana is streaming now on Disney+.