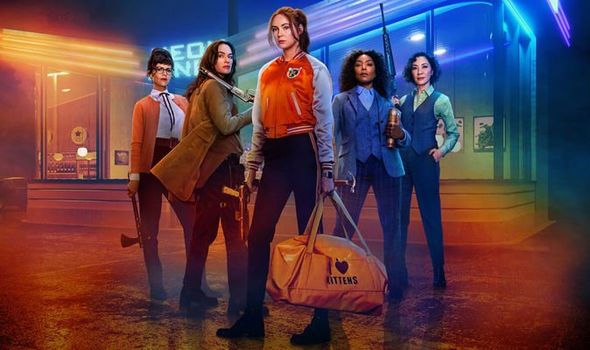 Sadly, I suspect every cinemagoer and Sky Cinema subscriber will recognise at least one of the far better movies this far-from-explosive film attempts to rip off.

A fatally miscast Karen Gillan plays Sam, a charisma-free version of Uma Thurman’s Kill Bill assassin who does a Léon by breaking a contract to protect an innocent young girl (Chloe Coleman) in a heightened John Wick-style fantasy world of rule-based organised crime.

After teaming up with her estranged killer mum (Lena Headey) and her Kingsman-esque secret society of gun-toting librarians (Michelle Yeoh, Angela Bassett, Carla Gugino), Sam has to fight off a gang of goons sent by a Russian crime lord (Ralph Ineson) seeking revenge for the assassination of his son (John Wick again).

Director Navot Papushado’s use of garish neon colours and consciously artificial sets is more likely to induce headaches than gasps of admiration.

The dialogue is witless, the heroine is dull and, worst of all, the fights scenes are unconvincing.

After nearly two hours, we get to the finale — a sub-Zack Snyder slow-motion gunfight ironically cut to a Dylan cover — and this shallow spectacle has tipped into self-parody.