Tonight’s first episode of the Great British Bake Off 2019 began with a rather cheeky joke about judge Paul Hollywood.

Paul, 53, dressed up as the Tin Man from the Wizard of Oz, alongside fellow judge Prue Leith, who dressed as the lion.

It was during the sketch Noel took a cheeky swipe at Paul when he revealed he had no heart.

When Sandi and Noel bumped into Paul, the judge told them: “I don’t have a heart.”

Smirking, Noel told Sandi: “That’s not going to come as a big shock to people.”

It was up to Prue to break up the tension as she bounded on screen as the lion before Noel clicked Dorothy’s ruby slippers together.

The foursome were then transported back to the Bake Off tent with Noel still in his blue and white check dress.

“Are you going to start the show or not?” Paul demanded.

Taking another swipe at “heartless” Paul, Sandi snapped: “I don’t think it was a dream. Paul still doesn’t have a heart.” 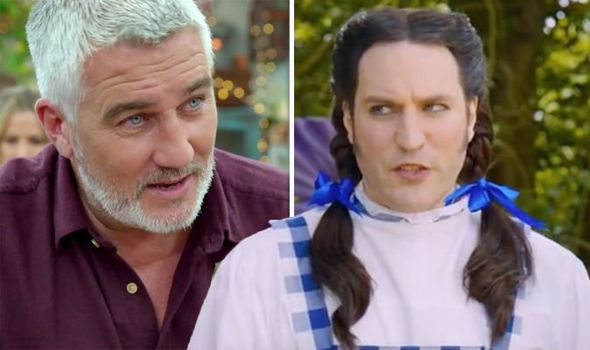 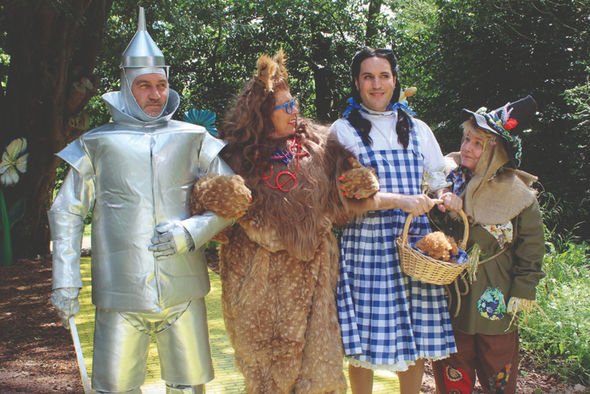 Meanwhile as the first challenge of the evening got underway, viewers were quick to express concern over the health and safety of baker Michael.

The baker sustained a few minor injuries during the signature bake challenge as he cut his fingers.

After slicing his finger a third time, he had to received medical attention with Sandi rushing over to comfort him as a plaster was wrapped around his cut.

He told the presenter: “I’ve done it again. Sorry! This has to be the last one, I don’t have many fingers left.”

While he was patched up, viewers were quick to comment on the colour of the plaster used. 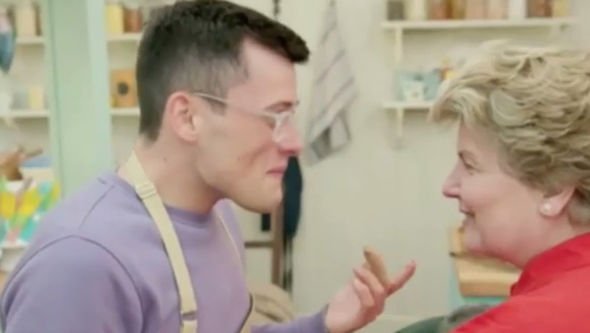 Instead of a blue plaster, which is traditionally used in a kitchen setting, Michael’s plaster was skin tone.

And it’s safe to say viewers weren’t happy as one tweeted: “Why are they not using blue plasters on @Channel4GBBO. Basic kitchen first aid. #GBBO #sadiknow.”

“Any reason why those plasters aren’t blue? Could lose those in a fruit cake…#GBBO,” a third asked.

Great British Bake Off 2019 airs Tuesday on Channel 4 at 8pm.